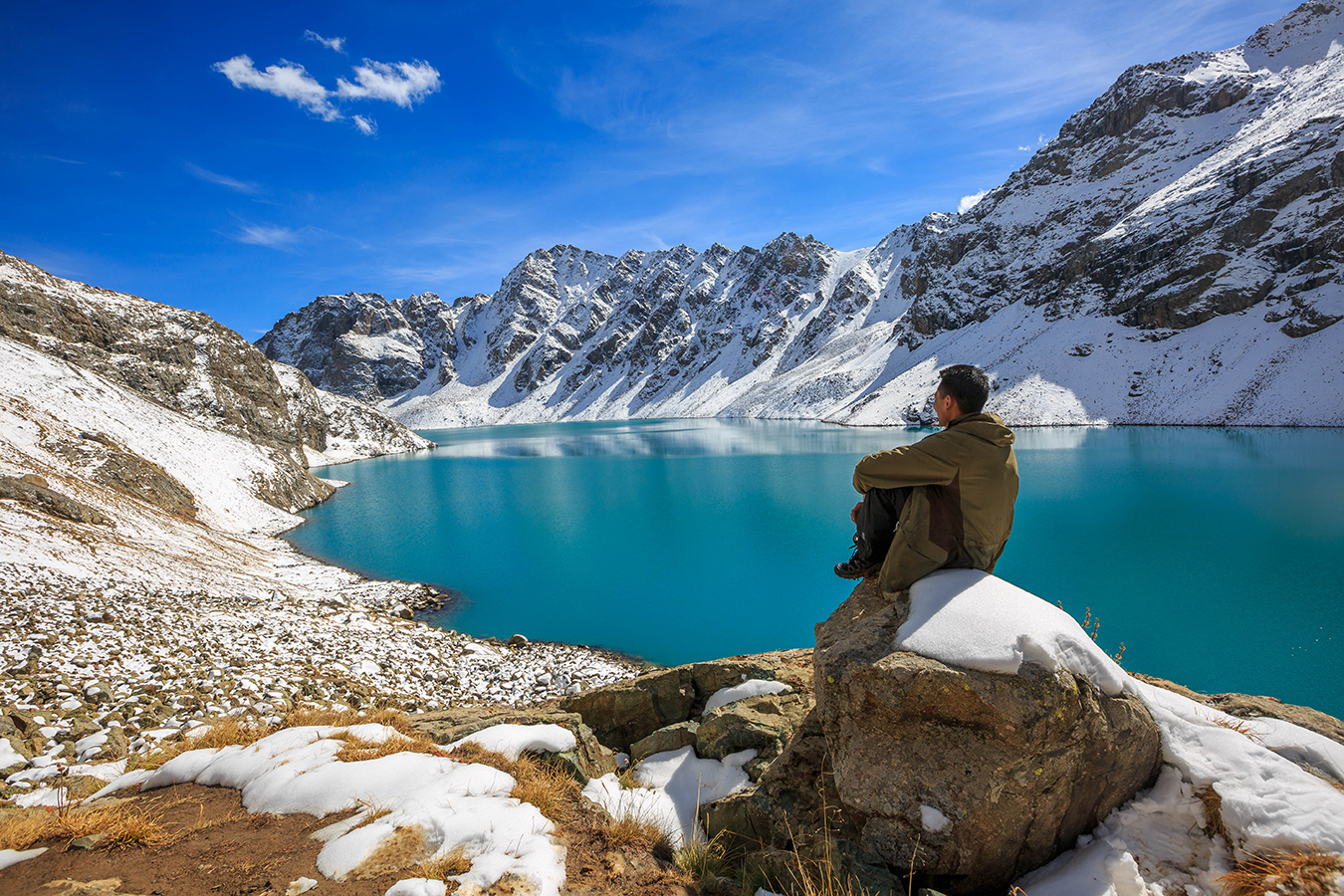 Kazakhstan is hoping to lure more tourists to what is the world’s ninth largest country by launching a new “cluster area” and developing infrastructure within the Lake Alakol region in the east.

Kazakhstan is hoping to lure more tourists to what is the world’s ninth largest country by launching a new “cluster area” and developing infrastructure within the Lake Alakol region in the east.

“The Alakol should become the most visited place in Kazakhstan,” President Nursultan Nazarbayev said Wednesday while on a working visit to Almaty, referring to Kazakhstan’s second-largest lake after Balkhash.

“The lake’s uniqueness is stemming from the healing properties of water that contains radon, alkali, and other useful elements. That is why Alakol is of great importance for our tourism industry.”

The pear-shaped lake and neighboring hot springs are known for their healing properties, and have been famous since ancient times. According to legend, the water of the lake was the best solution to overcome tiredness, anger and pain. Some people still believe that Genghis Khan used to camp in the area with his army to treat wounded soldiers. Rich in minerals, the water from the lake is known even today for treating pulmonary diseases, and has favorable effects on the musculoskeletal and nervous systems.

Alakol is surrounded by a nature reserve of the same name, and is located in the southeastern corner of Kazakhstan – an area officials in Astana are hoping will become an international tourist hot-spot.

Currently there are nearly 200 hotels, resorts and recreation centers operating in the area of Alakol. The lake already receives about half a million tourists every year, and officials are looking to double that number by this summer.

“According to some estimation, the lake can receive up to two million people per season. At least, the infrastructure is designed for this amount,” Nazarbayev said on Wednesday.

Last year a new airport was launched to connect the town of Usharal with Almaty, Kazakhstan’s former capital city, and Taldykurgan. This summer one of Kazakhstan’s largest domestic air passenger carriers, SCAT, will launch direct flights from Astana to Usharal. New bus and rail stations were opened earlier this year near Alakol in the Urdzhar region.

In 2017, officials approved a five-year plan that leverages global best practices in order to make Kazakhstani tourism competitive and an attractive area for investment. The plan divides country’s tourism sector into what it calls six geographical “cluster areas,” with each focusing on an area’s unique tourism potential.

The Eastern Kazakhstan Region, including Lake Alakol, is mentioned in the plan as the center of ecological tourism. Lake Markakol, Kalzhir Canyon and Semey city have all been identified as having tourism potential.

Development of East Kazakhstan is expected to create more than 15,000 new jobs in what is Central Asia’s largest and wealthiest economy. The total amount of private investment in the project is expected to amount roughly $ 600 million.