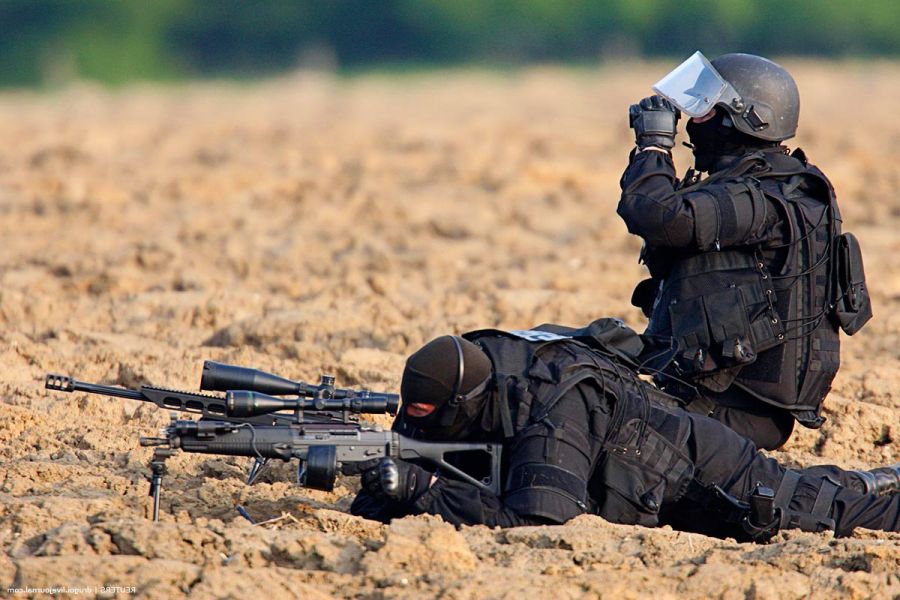 The five-day exercises, set to wrap up on October 27, are meant to strengthen compatibility and coordination between Kazakhstan’s Special Forces units and city executive power for effective counteraction in the event of a terror attack. / Altai.Kz

Central Asia’s largest country is stepping up its efforts to fight terrorism and prevent the spread of extremism, with “Thunderstorm – Baikonur 2017,” an anti-terrorism exercise that began in southern Kazakhstan on Monday.

The five-day exercises, set to wrap up on October 27, are meant to strengthen compatibility and coordination between Kazakhstan’s Special Forces units and city executive power for effective counteraction in the event of a terror attack, according to a press release put out by the Baikonur city administration.

Baikonur’s claim to fame is being the home to the Soviet Union’s space program, when the area was developed in the 1950s and the Baikonur Cosmodrome was established. The facility is leased by Russia until 2050, and is still used for rocket and satellite launches. After the Cold War ended, some American and European astronauts used the site for launches as well.

Today, the city of Baikonur is home to about 76,000 people and includes a mix of ethnic Russians and Kazakhs, and it has attracted attention for its efforts to eliminate the growing threat from radical extremism in Central Asia.

In 2016, the city hosted exercises dubbed “Blizzard – Baikonur” and “Elimination.” Almost a decade earlier, in 2007, units from the Russian Federal Security Service, Belarus’ State Security Committee and Kazakhstan’s National Security Committee took part in exercises. Kazakhstan has also participated over the years in counter-terror activities within the framework of the United Nations and the Organization for Security and Co-operation in Europe.

Kazakhstan has been an active member of a number of regional security organizations that are meant to strengthen cooperation between Asian countries, including the Shanghai Cooperation Organization and the Collective Security Treaty Organization.

In 1992, it founded the Conference on Interaction and Confidence-Building Measures in Asia (CICA), bringing together 26 countries, including Afghanistan, Iraq, Iran, China, Russia and Turkey. One of CICA’s landmark achievements came in 2002, when the Almaty Act was passed, stressing that the fight against terrorism must be global, comprehensive and consistent, rather than selective and discriminatory.

Security in Central Asia is thought to be volatile, due to the presence of various extremist groups, while territorial proximity to Afghanistan is considered a possible destabilizing factor. In June 2016, a terrorist attack in the Kazakhstani city of Aktobe, in the northwest of the country, resulted in seven deaths and more than 37 injured.

The incident shook the government in Astana, which realized the country is not immune to radical ideologies. After Kazakhstan’s President Nursultan Nazarbayev harshly criticized religious movements and ideologies originating outside of Central Asia, Astana took steps to curb their influence, including banning groups like Al Nusra Front, a Salafist organization fighting the Syrian government.

Other groups banned from proselytizing or practicing in Kazakhstan include Islamic State (IS or ISIS), Al Qaeda, and the Al Qaeda-affiliated Jama'at al-Muslimin, popularly known as Takfir wal Hijra, which emerged in Egypt in the 1960s and has had members detained in Ukraine and Russia as late as 2013.