Kazakhstan Is Gearing Up For More Tourists 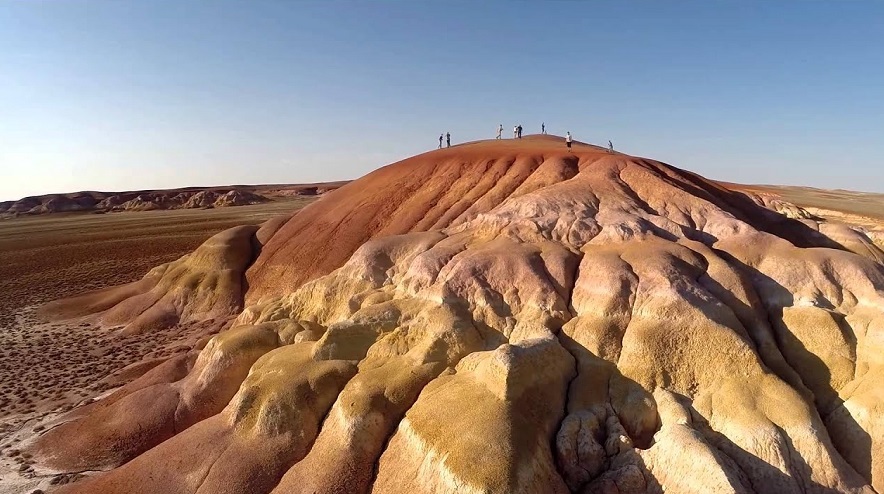 Ulytau, meaning “great mountain,” was of political and historical importance especially during the Middle Ages, when the region was a main artery for the migration of nomadic tribes. / Youtube

Last year was a boon for tourism in Central Asia’s largest country and wealthiest economy as eight million tourists visited, but the government in Nur-Sultan is setting the bar even higher. According to government data, tourism could potentially comprise eight percent of gross domestic product by 2025, or roughly $12 billion, representing 9 million tourists.

Increased spending on infrastructure and an overhaul of Kazakhstan’s visa requirements for foreigners has helped boost the country’s reputation as the go-to spot in Central Asia. But President Kassym-Jomart Tokayev says the country still has untapped potential.

“The time has come for drastic changes that are needed to be done to the tourism industry,” Tokayev said according to the president’s official Twitter account. Tokayev considers the cultural landscape of Ulytau in central Kazakhstan a tourist destination with unmatched potential.

Ulytau, meaning “great mountain,” was of political and historical importance especially during the Middle Ages, when the region was a main artery for the migration of nomadic tribes. Eventually, the area became the political center for the Oguz-Kipchak Khaganates, or kingdoms. Under the Mongols, it served as a burial place for descendants of Gengis Khan and the Golden Horde khans – second in importance to the burial grounds of Burkhan-Kaldun in Mongolia – and eventually became a political center for the Uzbek and Kazakh khans, or rulers.

Ethnic tourism has gained momentum in Kazakhstan after researchers developed and launched an interactive digital map that is expected to make visiting the Caspian and Central Asia regions country all the more enticing.

Initiated by former President Nursultan Nazarbayev in 2017 and known as the “Sacred Map of Kazakhstan,” the project features thousands of natural-landscape objects as well as cultural and architectural artifacts. To gather information needed for what is a virtual encyclopedia, scholars have been surveying the country’s vast regions and varied geographical areas.

Kazakhstan is the world’s ninth largest country in terms of land mass, and boasts almost all kinds of natural landscapes, varying from large, sunny steppes to mountain ranges and lakes.

“Kazakhstan has both forests, steppes, mountains and the sea, and all this potential must be used to attract tourists,” said Aktoty Raimkulova, who heads the ministry of culture and sports, according to a statement published to the ministry’s website on August 15.

There are 25 specially protected natural areas in Kazakhstan, including 10 reserves and 11 national parks owned by the state. According to the ministry three of them, including national parks of Charyn, Ile-Alatau and Kolsai Lakes, form a pilot project recently initiated by the state-run Kazakh Tourism company to develop ecotourism. Efforts include development, implementation and promotion of innovative ideas, programs, projects and technologies aimed at developing high-quality tourism infrastructure, taking into account the interests of preserving the existing ecosystem.

Officials in Nur-Sultan believe the project will help increase the number of tourists visiting protected areas to 3.4 million by 2025.