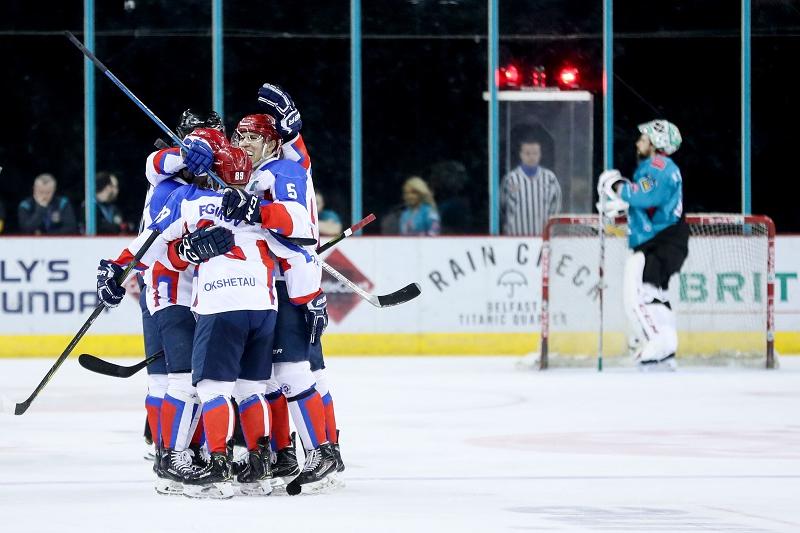 The Arlan, a team based in the city of Kokshetau, is the first Caspian team to win Europe’s second-tier ice hockey club competition, which started on September 28 and wrapped on January 13. / KazInform

A hockey team from Kazakhstan has won the 2018-2019 IIHF Continental Cup for the first time in the 22-year history of the tournament.

The Arlan, a team based in the city of Kokshetau, is the first Caspian team to win Europe’s second-tier ice hockey club competition, which started on September 28 and wrapped on January 13. The matches took place in five countries, while the final tournament was played in Belfast, the capital city of Northern Ireland, the United Kingdom.

“What a final game it was! ArlanClub became the first club from Kazakhstan to win the Continental Cup. The BelfastGiants gave it all and tied it late but Arlan won 3-2 in a shootout,” read a statement posted to IIHF’s Twitter feed on Sunday.

In the final game of the Cup, Arlan met with the home side, the Belfast Giants. Both teams had previously won two games, and each scored six points. Goals by Kazakhstan’s Sergei Yegorov and Vadim Yerdalyev scored Arlan two points in the first period. While the second period saw no goals, Yevgeny Gashnikov scored two more goals in a further shootout to secure the trophy for the Kazakhstani team. Gashnikov was voted the final game’s best player.

“This is just fantastic, it cannot be explained, it cannot be experienced on the podium, one has to be inside the whole thing because emotions are crazy,” said Gasnikov immediately after the game, according to a video interview posted to the club’s website.

The Continental Cup has been held since 1997 under the auspices of the International Ice Hockey Federation (IIHF), positioning itself as ice hockey’s analog to the UEFA World Cup.

The Arlan has become the fifth team from Kazakhstan to take part in the tournament. Previously, Torpedo, Irtysh, Beybarys and Nomad qualified for the final, but failed to win gold.

Meanwhile, Kazakhstan will play host to the 2019 IIHF Ice Hockey World Championship Division I Group A – an annual hockey tournament played amongst second-tier teams. Astana, Kazakhstan’s capital city, won the right to host the event after Slovenia withdrew its bid to have Ljubljana host the games. The tournament will run from April 29 to May 5, 2019.