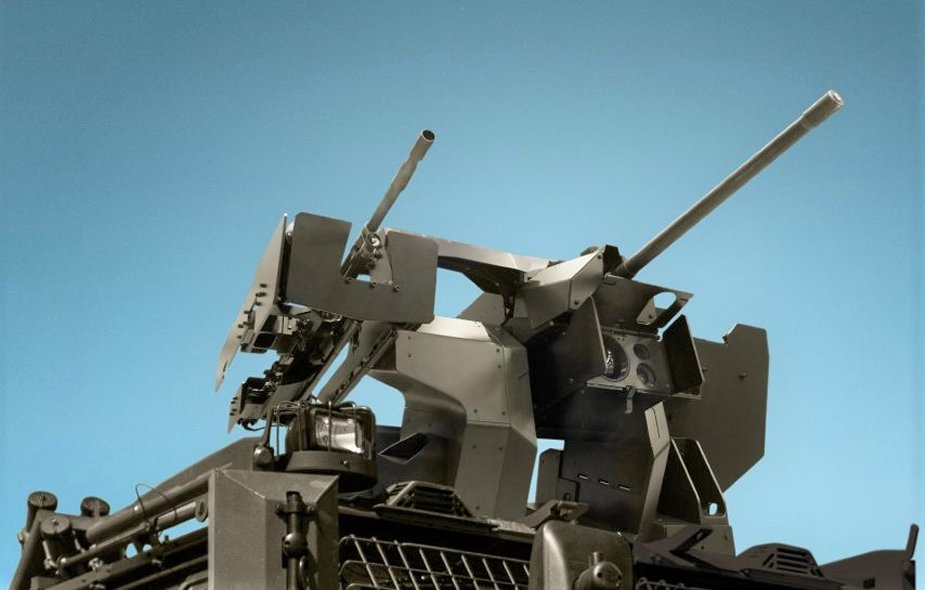 Through its extensive surveillance and remote control capabilities, SARP enhances situational awareness of the gunner in his proximity while it also drastically decreases the vulnerability to attacks. / Aselsan

Turkish defense contractor Aselsan will provide remote weapon platforms to Kazakhstan through its subsidiary in the Central Asian country, Kazakhstan Aselsan Engineering, under a new agreement.

In accordance with the agreement, Aselsan will deliver to Kazakhstan its SARP advanced remote controlled stabilized weapon station (RCWS) in the ‘‘SARP-DUAL’’ configuration later this year, while the cost and volume of the contract have not been disclosed.

‘‘With its wide range of engineering and defense solutions, Aselsan and its joint venture Kazakhstan Aselsan Engineering (KAE) aim to increase their manufacturing capacity in order to meet Kazakhstan’s military and civilian needs,’’ read a statement from Aselsan, which was published by Belgium-based defense and security online magazine Army Recognition.

Designed for small and medium caliber machine guns and automatic grenade launchers, SARP combines high-precision reconnaissance and engagement capabilities with effective firepower while keeping the operator under armor or in a safe area away from counter fire.

SARP-DUAL is an extension of the existing SARP system. 7.62mm machine gun, 12.7mm machine gun or 40mm automatic grenade launcher can be integrated to it as a main gun, whereas 7.62mm machine gun can also be integrated to it as a secondary gun. Through its extensive surveillance and remote control capabilities, SARP enhances situational awareness of the gunner in his proximity while it also drastically decreases the vulnerability to attacks. The compact design of the system makes SARP a perfect match for integration onto tactical vehicles, fixed surveillance posts and towers.

The statement noted that Aselsan RCWS solutions can be integrated into various types of naval or land platforms with different configurations and calibers, adding that they are currently being used in 20 different countries.

Aselsan, considered as the largest defense electronics company in Turkey, exports a wide range of defense products that cover communication and information technologies, radar and electronic warfare, land, naval, air defense and missile systems, as well as control systems, transportation, security, traffic, automation and medical systems and many others. Headquartered in Ankara, Aselsan has associated companies in Azerbaijan, Kazakhstan, Saudi Arabia, and the United Arab Emirates. Listed as one of the top 100 defense companies of the world, Aselsan allocates 7 percent of its annual income for self-financed research and development activities.

In 2019, Kazakhstan was ranked as the second strongest military power in Central Asia behind Uzbekistan, according to the data compiled by Global Firepower.

Eighty percent of Kazakhstani military-technical purchases are imported from Russia, which is considered to be the second-largest military power in the world after the US.