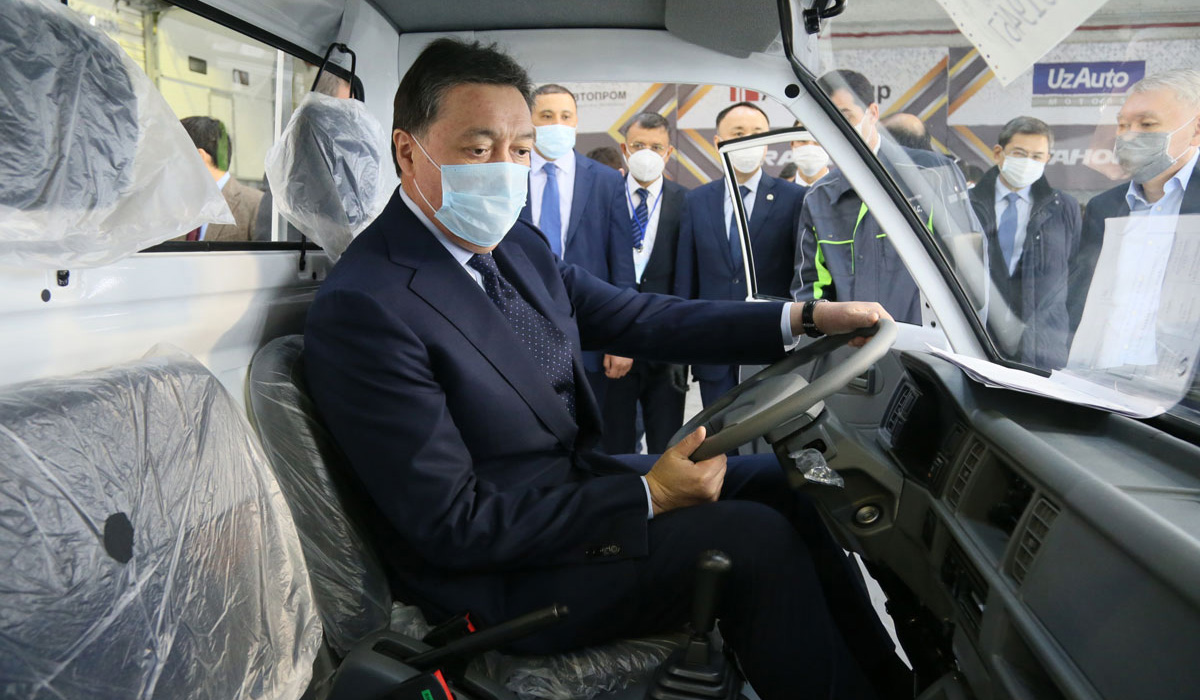 Kazakhstan is expanding its automobile industry by stepping up local production of the American automobile brand Chevrolet, which is owned by General Motors (GM).

The Caspian country’s largest vehicle manufacturer and distributor, Saryarka AvtoProm, and its Uzbek counterpart UzAuto Motors have launched joint production operations for Chevrolet vehicles, in part to reduce the country’s dependence on imports.

Speaking at a launch ceremony at a plant in Kostanay, Prime Minister Askar Mamin said there was a need to integrate production activities of the two neighboring countries, “to reduce dependence on goods and services from third countries.”

A cooperation agreement to launch a joint manufacturing plant in Kazakhstan was signed on February 26 between Uzavtosanoat and AllurGroup, the official distributor, manufacturer and dealer of brands such as Peugeot, Iveco, JAC, Ankai, Hyundai, Ravon, Niva Chevrolet, Suzuki and Ford.

Chevrolet’s Cobalt and Malibu models, as well as its Damas minivan and Labo mini-truck will roll off assembly lines, along with two new vehicles, Tracker and Trailblazer. Production will be carried out in accordance with standards developed by General Motors. Officials say the initiative will create nearly 1,000 new high-quality jobs in the country.

The plant in Kostanay will manufacture 26,000 vehicles per year at first, and is expected to bring production capacity to 100,000 units sometime in future. From the first batch to be produced this year nearly 13,000 vehicles will be exported to neighboring countries.

The cooperation with the U.S.-based automobile company is nothing new for what is Central Asia’s largest and wealthiest country. The plant in Kostanay has been manufacturing Chevy NIVA, a mini sport utility vehicle, since 2017.

In 2007, the domestic auto producer Azia Avto and GM had agreed to local production of three Chevy vehicles: Captiva, Epica and Lacetti. In 2015, however, Kazakhstan has suspended production of its vehicles due to the decrease in demand, but in 2017, Azia Avto re-launched local production with new models, Aveo and Captiva.

With a population of over 18 million, Kazakhstan’s economy is largely dependent upon oil and natural gas reserves. Its nascent auto industry forms only a fraction of the national economy. In 2019, automotive manufacturing represented 26 percent of the country’s machinery industry, with over 50,000 vehicles produced.

Meanwhile, a sharp decrease in oil prices amid the coronavirus outbreak, which has already infected more than 911,300 people across the globe, have left businesses around the world counting costs. Officials in the Association of Kazakhstan Automobile Business believe the situation in the local car market could soon change as imported vehicles could go up in price after the tenge, Kazakhstan’s national currency, weakened against the U.S. dollar. Demand for cars may fall due to a temporary drop in household incomes, reduced working hours or idle enterprises.