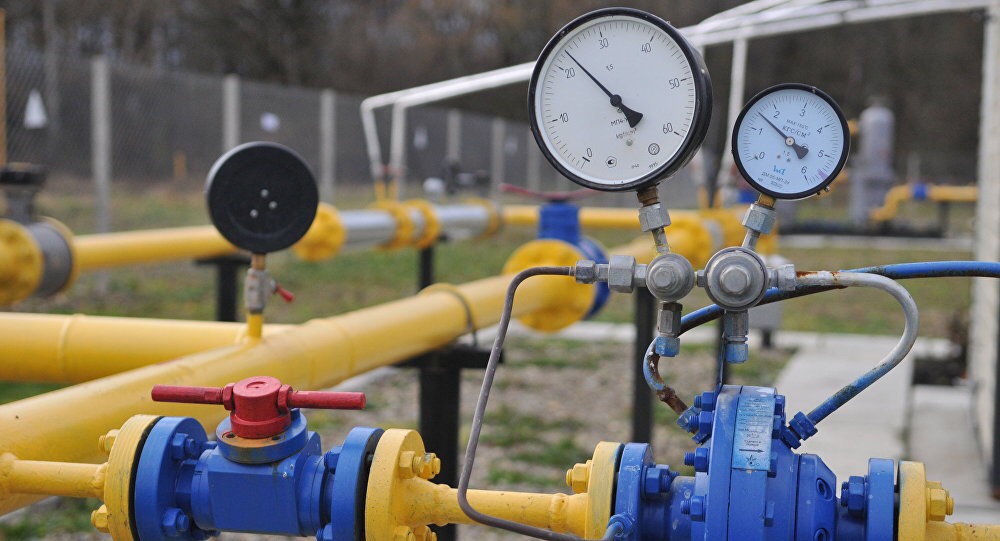 The expansion of the Kazakhstan-China gas pipeline comes after a five-year deal signed in October to double exports of Kazakhstani natural gas to China, or up to 10 billion cubic meters per year starting in 2019.

Kazakhstan took a big step toward expanding its gas exports to China when the country’s largest gas supply company, KazTransGas, and the state-owned KazMunayGas unveiled three new high-tech compressing stations to increase the capacity of the Kazakhstan-China gas pipeline earlier this week.

“The launch of these stations has completed a large-scale work on the formation of the trans-Asian ‘Central Asia–China’ gas pipeline, which unites four states – Turkmenistan, Uzbekistan, Kazakhstan and China. So, this event is important not only for Kazakhstan but for all regional states,” reads a statement that was released by KazTransGas on Wednesday.

The Kazakhstan-China gas pipeline has become the largest gas transportation project for Kazakhstan. The length of each of the three segments measures 1,310 kilometers. The pipeline is an integral part to a project that links Turkmenistan, Uzbekistan, Kazakhstan and China through a pipeline measuring a total length of over 7,500 kilometers.

Officials from KazTransGas say that exports of Kazakhstani gas will increase up to 25 billion cubic meters per year thanks to the newly-launched stations, while domestic gas demand is expected to be met fully. All three stations are located in the southern regions of what is Central Asia’s largest and wealthiest country.

Meanwhile, the expansion of the Kazakhstan-China gas pipeline comes after a five-year deal signed in October to double exports of Kazakhstani natural gas to China, or up to 10 billion cubic meters per year starting in 2019. Officials from KazTransGas expect the deal with China to bring the country more than $2 billion per year.

China is one of the world’s largest energy consumers and has sought alternatives for energy imports due to U.S. President Trump’s protectionist trade policies, which have resulted in steep tariffs imposed on Chinese goods imported into the United States. Similarly sized tariffs on American-made products have come as a response from Beijing. The 10 percent duty on American natural gas exports pushed Chinese buyers to other potential sellers in Asia and the Mideast.

However, Chinese officials became interested in a deal with Kazakhstan much earlier. The Kazakhstan-China gas pipeline project was announced in 2007 when then-Chinese leader Hu Jintao and Kazakhstani President Nursultan Nazarbayev signed an agreement on the construction of the pipeline.

The pipeline was designed to consist of two parallel pipelines that run from the Uzbekistan-Kazakhstan border to the Chinese border town of Khorgos, which lies along Kazakhstan’s far eastern frontier and is a duty-free zone. The first gas shipment was made in 2017, according to a one-year deal. Before 2017, Kazakhstan had to sell its gas to Russia’s Gazprom for further resale.

“While previously we were to export gas via Russia, now we have new directions, we deliver a significant share [of total exports] to China directly, via direct contracts,” Kanat Bozumbayev, Kazakhstan’s Energy Minister, said after signing the deal last year, according to reports by Atameken.

Energy-rich Kazakhstan has two major export pipelines for natural gas – the Central Asia Center pipeline, which traverses the western edge of Kazakhstan on its way to Russia and points further west, and the Turkmenistan-China pipeline, which traverses the southern edge of the country on its way to China. Both pipelines are part of the regional Caspian export infrastructure and mainly carry natural gas exports from Turkmenistan, along with smaller but still significant volumes of exports from Kazakhstan and Uzbekistan.