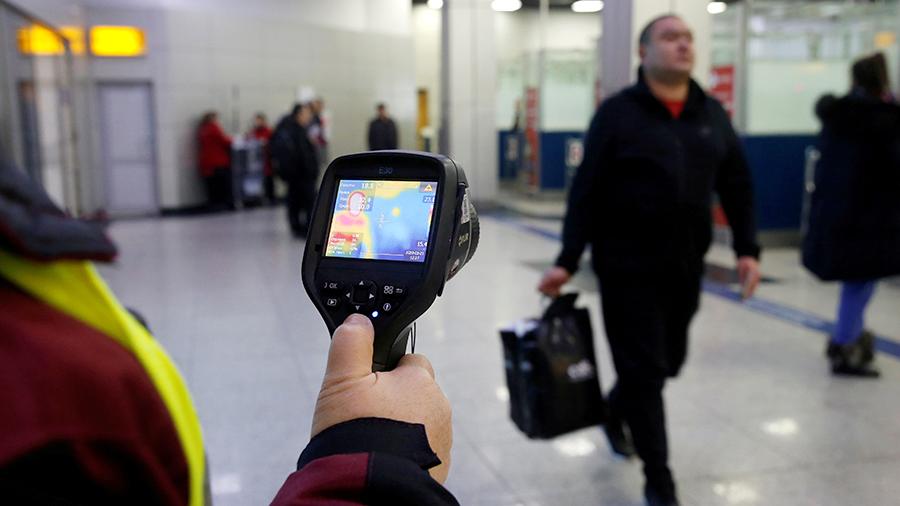 Kazakhstan’s health ministry confirmed Friday its first cases of the new coronavirus, and on Monday the number of confirmed cases jumped to 10 from 2. / Pavel Mikheyev / Reuters

The government of Kazakhstan declared a state of emergency on Sunday to contain the coronavirus outbreak, imposing national quarantine and ordering the closure of all state borders from 8 a.m. on Monday, President Kassym-Jomart Tokayev said in an official statement.

In accordance with the new emergency rules, Kazakhstan will bar citizens from going overseas and foreigners from entering the country, except diplomatic services and members of international delegations until April 15.

Schools, universities and other educational institutions will remain closed during this period, as well.

The measures also include the closure of all shops except for supermarkets and pharmacies. At the same time, the population of Central Asia’s largest country is banned from visiting public places, including shopping malls, theaters, cinemas, and museums. The country has also canceled all sports events, and forbade wedding ceremonies and memorial events, as well as the mass celebration of Novruz, the holiday that marks the start of spring.

President Tokayev delivered a prime-time address to the nation on Monday, urging Kazakhstanis to show more discipline and threatened punishment for those who fail to observe quarantine.

‘‘Many Kazakhstanis made plans for the upcoming holidays, some wanted to attend concerts or sports competitions. Unfortunately, for the sake of our health, people would have to abstain from them,’’ Kazinform quoted Tokayev as saying.

‘‘One must immediately contact the medical services in his or her area of residence once there are the symptoms. Evasion of a medical examination and violation of the quarantine regime will be punished,’’ he added.

As the global economy has been facing severe slipping due to pandemic, the government in Nur-Sultan has also announced it would determine new tax rates and will be able to limit prices across the country. In addition, nearly $751 million will be budgeted to repair infrastructure, social facilities, local roads using local goods and labor.

According to an interactive map from Johns Hopkins Center for Systems Science and Engineering, the number of global coronavirus cases continues to rise, with more than 179,000 confirmed cases and 7,081 deaths across the globe. China tops the list with 81,032 infected and 3,213 killed and followed by Italy, who reported its biggest one-day increase in cases and deaths on Sunday. According to the country’s Civil Protection chief, Angelo Borrelli, Italy recorded 3,590 cases and 398 deaths in a 24-hour period.

Meanwhile, the Caspian region’s Iran ranks third in this list with 14,991 confirmed cases and 853 deaths.

Kazakhstan’s health ministry confirmed Friday its first cases of the new coronavirus, and on Monday the number of confirmed cases jumped to 10 from 2. The last confirmed patient is a woman who had entered Kazakhstan on March 15. At the same time, the country has reported no deaths.

As of Monday, nearly 1,536 people remain in hospitals, while 1,094 are self-quarantined across Kazakhstan.