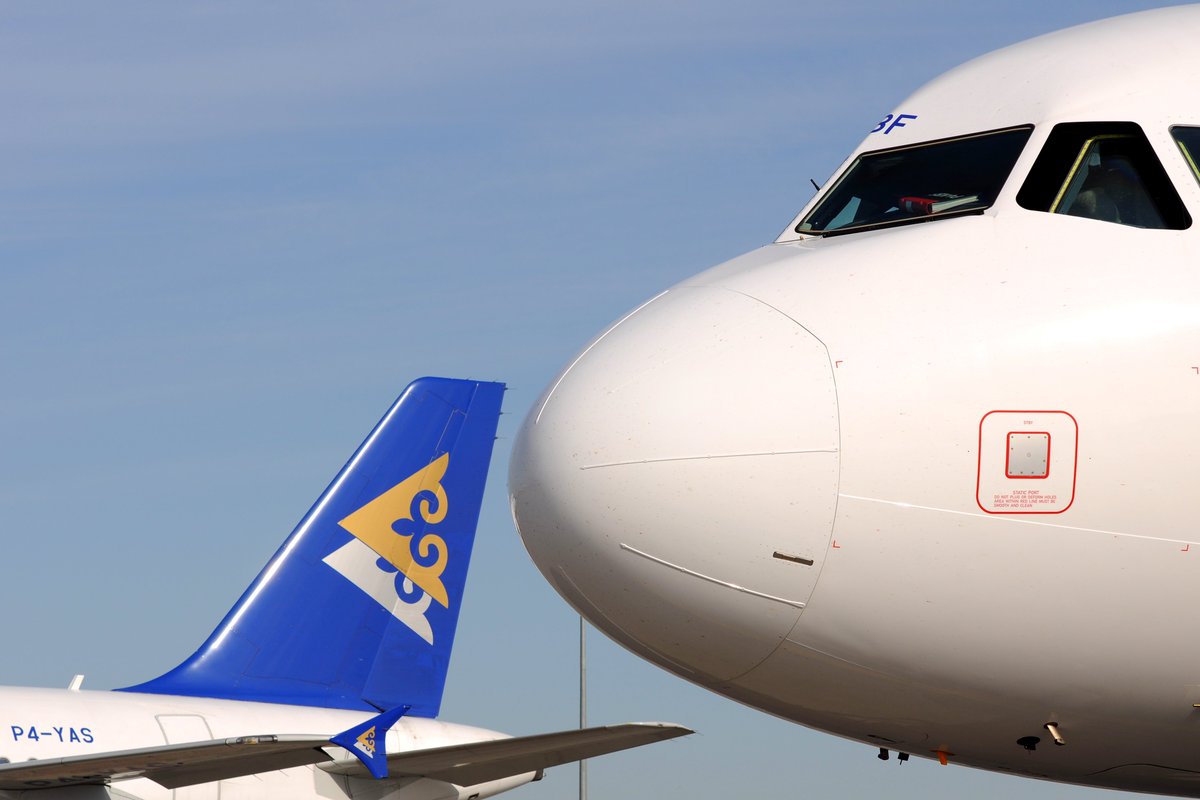 Flights between Kazakhstan and Azerbaijan may soon resume as authorities in Central Asia's largest country work on a two-phase plan for restarting international travel.

Minister of Industry and Infrastructure Development of Kazakhstan, Beibut Atamkulov, said on Monday that they have started working on the list of the countries that are safest in the light of coronavirus outbreak, which includes Azerbaijan, South Korea, and China.

"We are negotiating together with the aviation administration. This work is entrusted not only to us, but also to the Ministry of Health," Atamkulov said in a meeting with the population in the capital city of Nur-Sultan, according to Zakon.kz. "They work with their colleagues from these countries, there are a number of procedural things, passing checks and permits."

"The Ministry of Foreign Affairs of the Republic of Kazakhstan also works in this direction, because many of our partners canceled visas, and countries with whom we had a visa-free regime introduced visas and permits. Complex work is carried out."

The government of Kazakhstan ordered the cancellation of flights between Azerbaijan's capital Baku and Nur-Sultan from March 5 due to the COVID-19 pandemic. In addition, flights from the Caspian coastal Aktau city to Baku were reduced from two trips to one per week. Before the outbreak, the Nur-Sultan-Baku flights were operated by Kazakhstan's flag carrier Air Astana four times per week, while journeys from Aktau to Baku were run by SCAT Airlines, with its headquarters in the country's third-largest city of Shymkent.

The government of Azerbaijan suspended flights to major cities in Kazakhstan from March 15 as part of preventative measures taken to combat the spread of novel coronavirus. The national aviation company Azerbaijan Airlines (AZAL) stopped operating flights to Aktau and Almaty cities of Central Asia's largest country along with a few European destinations such as Paris and Frankfurt.

A total of 11,796 coronavirus cases and 48 deaths have been confirmed in Kazakhstan as of June 3, according to data compiled by Worldometer, while 6,240 recoveries were accounted for. Current active cases in the Caspian country stood at 5,508 with 225 new cases being reported on June 3.

As of June 3, the number of COVID-19 patients in Azerbaijan stood at 6,260. A total of 3,665 recoveries and 76 fatalities were also reported. Currently, there are 2,519 active cases in the country, which saw a record number of new COVID-19 cases on June 3.

Air and land borders of Azerbaijan remain closed to passenger traffic pertaining to the ongoing lockdown, which is expected to lift off on June 15. However, cargo deliveries are allowed to and from the country.

Meanwhile, chairman of the State Tourism Agency of Azerbaijan, Fuad Naghiyev, said the opening of borders is considered as part of the measures aimed at reviving the national tourism post-pandemic. He said that the normalization process of the tourism industry in Azerbaijan is planned in four stages, of which third and fourth stages include an action plan to open borders first with neighboring and then with other countries.