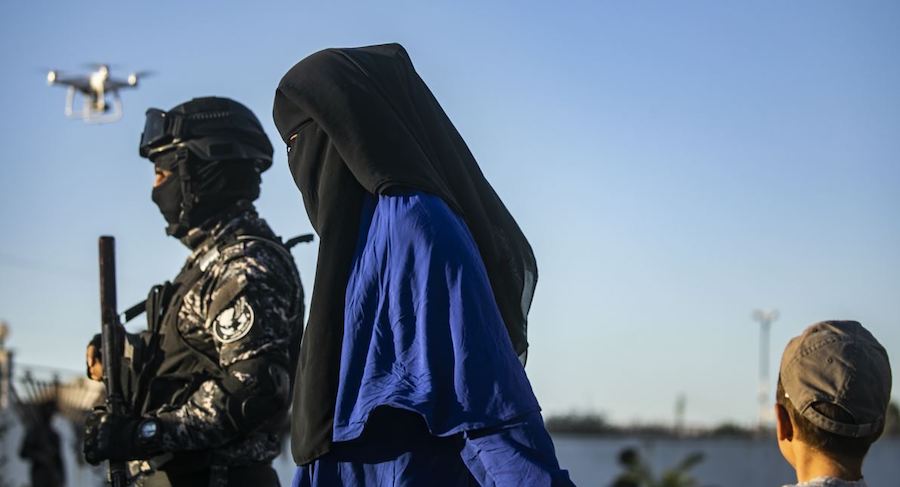 As a result of the operation, which was conducted in stages, some 595 people were rescued, including 33 men, 156 women, and 406 children, of which 32 are orphans.

The government of Kazakhstan has announced it has concluded a major humanitarian rescue operation code-named Zhusan, bringing back nearly 600 people, all citizens of Kazakhstan, including women and children.

“We have completed all stages of Zhusan rescue operation,’’ Nurgali Bilisbekov, a deputy chair of the Kazakhstan National Security Committee told reporters.

‘‘No [additional] activities are expected yet as we are now working [to find] our citizens who are still in war zones, but so far we have no complete information about them.”

The conflict in Syria has attracted thousands of people from different countries, including women, who sometimes support terrorist groups like ISIS, also known as Daesh in Arabic. According to statistical data, 13 percent of 41,490 foreign citizens that became affiliated with ISIS between 2013 and 2018 were women, while 12 percent were minors.

The government of Kazakhstan have repeatedly said it was impossible to calculate the exact number of those who left, as these people often left the country without documents and joined extremists after passing through three or four international borders. As of July 2018, sources estimate that over 800 adult citizens of Kazakhstan have joined extremists in Syria and Iraq. Nur-Sultan has made a great effort to repatriate them.

In early 2019, Kazakhstan had initiated a humanitarian rescue operation, commonly known as Zhusan, which in Kazakh means “bitter wormwood” – a symbol of homesickness in Kazakhstan. Central Asia’s country was among the few countries that have repatriated its citizens from war zones, including children, on a large scale.

As a result of the operation, which was conducted in stages, some 595 people were rescued, including 33 men, 156 women, and 406 children, of which 32 are orphans. At the same time, at least 114 people remain in war zones in Syria, Iraq, and Afghanistan, according to the data compiled by the country’s national security committee.

‘‘We are now working and will try as much as possible to bring back everyone from the conflict zones, primarily children and women,’’ Bilisbekov said, according to a report by Kazinform.

‘‘We applaud Kazakhstan’s leadership in repatriating almost 600 foreign terrorist fighters and associated family members from northeast Syria and Iraq and rehabilitating and reintegrating some individuals back into society,’’ reads a statement released by the U.S. Department of State prior to Pompeo’s visit to Central Asia.

Meanwhile, the statement recently released by the security committee claims that the court jailed 41 men and five women over their participation in the ISIS-led terrorist activities. At the same time, children and some women who were brought back to the country attended rehabilitation and adaptation courses. All minors are considered full-fledged citizens of Kazakhstan even though they were born in other countries.

While the operation to rescue the Kazakhstani citizens from war zones had not come cheaply, the country's officials say the benefits of the initiative outweigh the financial costs.

“This is quite a costly affair. It is clear that there are transportation, plus other issues — de-radicalization, socialization. These things are very costly, but they are paid off, because firstly we have evacuated children. This is our civic duty, and the state should pay attention to it,” Bilisbekov told reporters on Thursday.