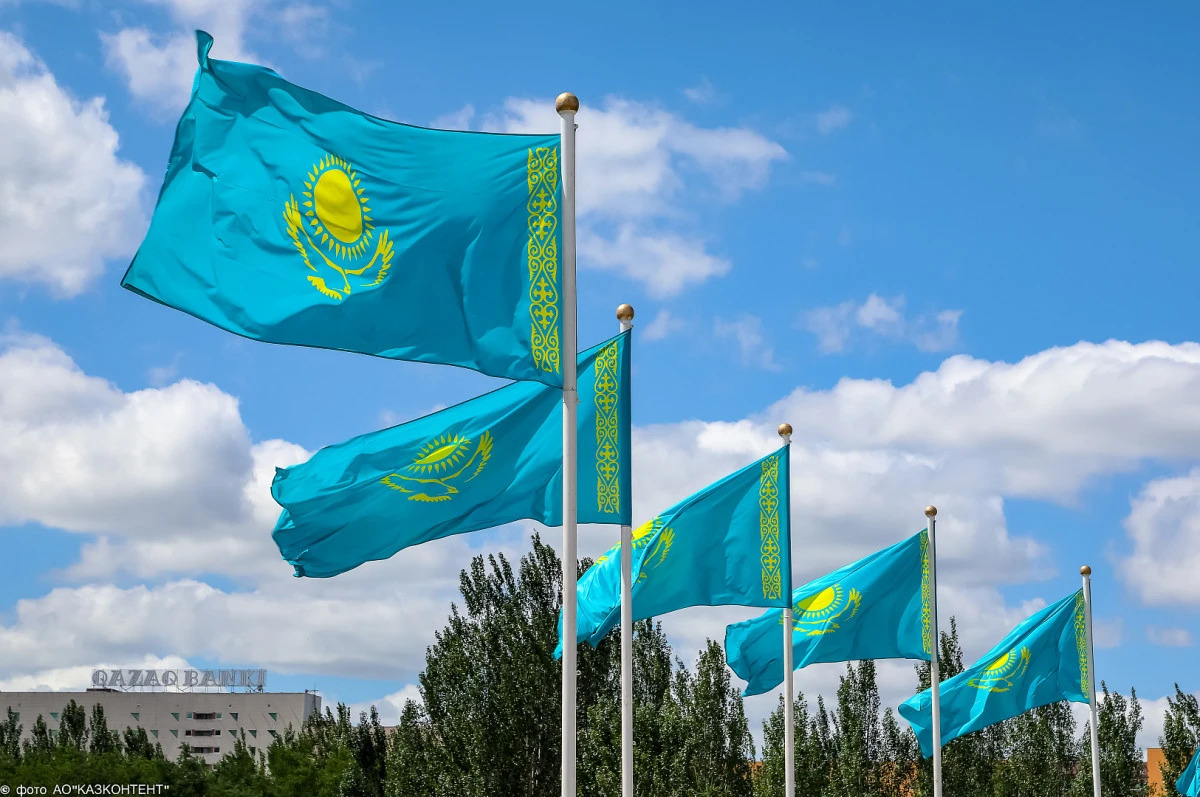 Kazakhstan re-established Republic Day as a national holiday after President Kassym-Jomart Tokayev put forward the proposal to revive the important date during the first National Kurultai (Congress) this June.

Kazakhstan celebrated Republic Day on October 25, commemorating the country's first step toward its independence from more than 70 years of Soviet rule.

Kazakhstan re-established Republic Day as a national holiday after President Kassym-Jomart Tokayev put forward the proposal to revive the important date during the first National Kurultai (Congress) this June. The holiday had not been celebrated since 2009.

“Starting this year, the Republic Day which gained the status of the national holiday is observed in a new way in Kazakhstan,” President Tokayev said in his congratulatory message to the nation.

“The Republic Day is a bright holiday called to raise people’s spirit, strengthen statehood, our unity and solidarity. We have started building Just Kazakhstan. This high goal may be achieved only with the active participation of all Kazakhstanis that’s why the citizens are the main backbone and largest wealth of the country!” he added.

October 25, 1990, was a prominent day in Kazakh history, as the country’s Supreme Council passed the Declaration of Sovereignty, which, together with the Constitutional Independence Law adopted on December 16, 1991, established the modern-day Republic of Kazakhstan.

“When the declaration was adopted, it was a victory for all of us. I am proud to have been a participant in adopting the initial document on the path to independence,” Deputy Chair of the Council of Senators Byrganym Aitimova said in an interview with Astana Times. “It was a historic moment for our country and parliamentarians.”

The document established the fundamental principles of sovereignty, such as unitary state, integrity, indivisibility, and inviolability of its territory, revival and development of culture, traditions, the language and strengthening of national identity, legal equality, and equal opportunities for representatives of all nations and nationalities, political pluralism and other principles.

The Declaration also divided state power into legislative, executive, and judicial branches. The President had the highest administrative and executive power.

Since the legal beginning of Kazakhstan's movement towards true independence, the country has been a champion of non-proliferation, disarmament, and global dialogue and has advanced efforts in international peace and security.

As of today, Kazakhstan is ranked the world’s ninth-largest crude oil exporter and holds the 15th-largest amount of proven natural gas reserves. Among the post-Soviet countries, Kazakhstan owns the largest deposits of liquid hydrocarbons behind Russia. The country stepped into the global oil market in 1993 after the country’s government and Chevron agreed to establish a giant oil-production venture, Tengizchevroil, to produce oil in two big fields near the Caspian Sea. In 1997, Kazakhstan signed a production sharing agreement with seven international companies, including Agip, British Gas, British Petroleum, Mobil, Shell, Statoil, and Total.

The country has joined the world’s most influential international organizations such as the United Nations, the Organization for Security and Co-operation in Europe, the Shanghai Cooperation Organization, and the Organization of Islamic Cooperation. Kazakhstan has become the first Central Asian country to be elected to a two-year term to the Security Council, the high-profile and permanent UN body that investigates international disputes and situations that often involve global tension.

Today, Kazakhstan is home to more than 19 million people, uniting different ethnicities, including ethnic Kazakhs, which make up 70 percent of the population. Russians, Uzbeks, Ukrainians, Tatars, Germans, Koreans, and Azerbaijanis are all present in the country, along with other minorities.