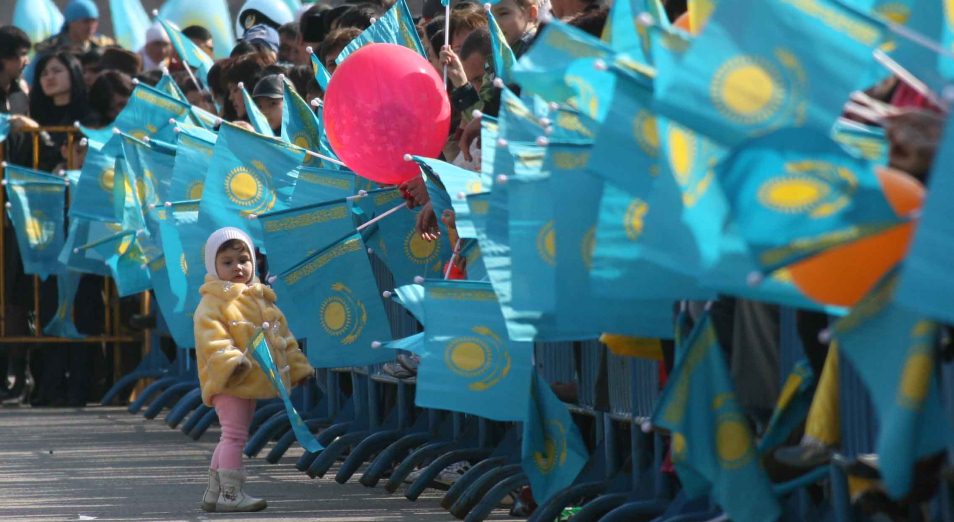 Today, major cities across the country host festive activities like theatrical performances, charity events and concerts. Residents and visitors to the capital will take in a fireworks display on the night of December 16. / Inbusiness

Kazakhstan celebrates its 28th year as an independent and sovereign state today, marking more than a quarter-century since the Caspian and Central Asia regions' nation became independent from more than 70 years of Soviet rule.

What is now known as Kazakhstan’s Independence Day, the country’s most beloved national holiday is celebrated annually on December 16 and 17, with millions of Kazakhstanis coming together to celebrate the anniversary of the birth of their state.

December 16, 1991, was a prominent day in Kazakh history, as the country’s Supreme Council passed the Constitutional Independence Law, which, together with the Declaration of Sovereignty established what is now considered Central Asia’s wealthiest country.

The document ushered in the era of Nursultan Nazarbayev, who was elected the first president of Kazakhstan in 1991. The country’s new two-house parliamentary system and national Armed Forces were subsequently established to meet the needs of defense. The capital city, which is now the country’s landmark, was moved from Almaty to Astana (Nur-Sultan) in 1997.

The radical transformation of the economic system, however, was once of the most significant changes made by the newly-established state in order to meet international standards.

“Our first president Nursultan Nazarbayev once said – it is one thing to declare independence, but entirely different and much more important and difficult thing is to defend it,” said Kassym-Jomart Tokayev, the Kazakh president, in his recent address to the nation on Friday, according to a report by Sputnik.

“For 28 years of President Nazarbayev’s rule, we have managed to come a long way. The industrialization has laid a solid framework for the country’s economic development,” he added.

Kazakhstan was the last to declare its independence despite the swift collapse of the Soviet Union, but now the country ranks first in many ways.

As of today, Kazakhstan is ranked the world’s ninth-largest crude oil exporter and holds the 14th largest amount of proved natural gas reserves. Among the post-Soviet countries, Kazakhstan owns the largest deposits of liquid hydrocarbons behind Russia. The country stepped into the global oil market in 1993 after the country’s government and Chevron agreed to establish a giant oil-production venture, Tengizchevroil, to produce oil in two big fields near the Caspian Sea. In 1997, Kazakhstan signed the production sharing agreement (PSA) with seven international companies, including Agip, British Gas, British Petroleum, Mobil, Shell, Statoil, and Total.

Over 12 years, from 2005 to 2017, the total gross inflow of foreign direct investment (FDI) into Kazakhstan amounted to more than $250 billion. Over the first half of 2019, Kazakhstan raked in more than $870 million in direct investment and ranked as the most attractive former Soviet republic for international financial institutions. Doing business in Kazakhstan became easier in 2018, as the country ranked 28th ahead of the regional giants Russia (#31) and China (#46).

Since 1991, the country has joined the world’s most influential international organizations such as the United Nations (UN), Organization for Security and Co-operation in Europe (OSCE), Shanghai Cooperation Organization (SCO) and Organization of Islamic Cooperation (OIC). Kazakhstan has become the first Central Asian country to be elected to a two-year term on the Security Council, the high-profile and permanent UN body that investigates international disputes and situations that often involve global tension. In addition, Kazakhstan has been playing a host to the rounds of high-level talks on the Syrian conflict since 2017.

The country once again came under the spot in 2017 thanks to the International Exposition, EXPO 2017 Astana, which took place from June 10 to September 10, 2017, in Kazakhstan’s capital city. The major event brought together nearly 120 states and 22 international organizations, as well as about 4 million visitors, including half a million foreigners.

Today, the former Soviet republic is nearing 19 million people and unites different ethnicities, including ethnic Kazakhs, which make up 70 percent of the population. Russians, Uzbeks, Ukrainians, Uyghurs, Tatars, Germans, Turks, Azerbaijanis, Koreans are all present in the country, along with other minorities. In 1995, the former Kazakh president, Nursultan Nazarbayev initiated the creation of the Assembly of People of Kazakhstan to ensure socio-political balance in the country. At first, the Assembly was an advisory body under the President, but later it was transformed into a constitutional body with socio-political status.

Meanwhile, this year’s festivities will be led by the new president, for the first time since the country gained independence. Earlier this year, 79-year-old Nursultan Nazarbayev unexpectedly resigned, announcing the establishment of interim leadership by Senate Chairman Kassym-Jomart Tokayev, who was later elected the president of Kazakhstan.

On Friday, U.S. President Donald Trump sent a holiday greeting to his Kazakhstani counterpart, to mark the Independence Day celebrated in the country, and to wish him success in the upcoming year.

“I am pleased to note the impressive progress that has been achieved over the past twelve months thanks to our strong partnership,” Trump wrote according to a report by Ak Orda.

“Our cooperation, ranging from nuclear non-proliferation to the fight against terrorism, makes the world more secure and stable,” he added.

Today, major cities across the country host festive activities like theatrical performances, charity events, and concerts. The president and government, accompanied by politicians and public figures, will head festivities in the presidential palace, Ak Orda, in Nur-Sultan, the capital city of Kazakhstan. Residents and visitors to the capital will take in a fireworks display on the night of December 16.