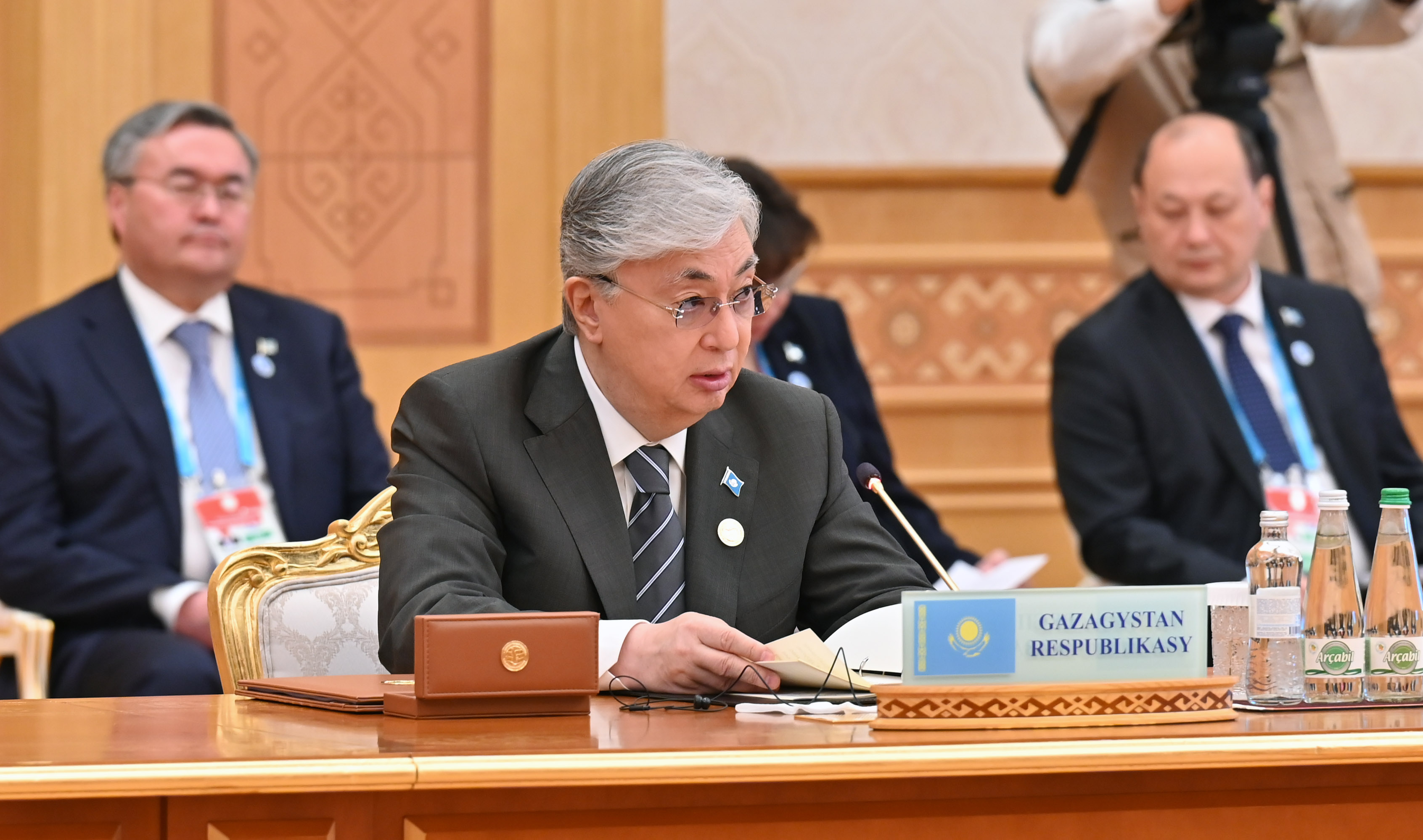 The photo shows Kazakh President Kassym-Jomart Tokayev addressing the sixth summit of the Caspian states held in the Turkmen capital of Ashgabat, on June 29, 2022. / akorda.kz.

Kazakh President Kassym-Jomart Tokayev called on Caspian countries to create a collective food hub to increase mutual trade and tap into the potential of various transport links in the region.

"Systemic integration between these centers and the Caspian food hub would open up new opportunities for efficient cooperation between farmers, buyers, transporters, sellers and consumers. And, most importantly, it would provide reliable guarantees for the sale of all products to be supplied," he said during his remarks at the sixth summit of the Caspian states held in the Turkmen capital of Ashgabat, on June 29, according to the official website of the Kazakh president.

"That is why we proposed creating a Caspian food hub that would make it possible to increase mutual trade with minimal expenses," he said.

The Kazakh president also called on the Caspian littoral states to use the potential of the North-South railway line linking Kazakhstan, Turkmenistan and Iran.

"We could use the capacities of the Kazakhstan-Turkmenistan-Iran railway line to the maximum, which is the shortest route between East Asia and the countries of the Persian Gulf. This new logistics solution allows us to cover over 6,000 km in just 12 days," Tokayev added.

He also spoke about the need for wider use of the Trans-Caspian Sea route under the current circumstances when traditional cargo routes have been disrupted.

"The role of the Trans-Caspian International Transport Route has significantly increased to ensure transit flows between Europe, Central Asia and China. According to the results of five months of this year, the volume of transportation of Kazakh cargo along the route increased 2.5-fold, and the total trade turnover with the Caspian countries - by more than 9%," the president noted.

Tokayev explained that Kazakhstan has already begun modernizing its port infrastructure and expand the marine fleet, in order to increase the volume of cargo traffic by sea".

On 19 June, the Kazakh and Iranian presidents attended a ceremony to launch a train service from Kazakhstan to Turkey via Iran. The Iran-Kazakhstan transit pact signed on May 23 requires cargo from China to Europe to switch to the Iranian route. Before this, Chinese cargo was transported to Europe via Russia by a land route north of the Caspian Sea.

"We have tested the first container for the train service in order to see how long it takes for cargo to cross the borders with China, Kazakhstan, Turkmenistan, Iran and further to Turkey, in order to show that there is a new, shorter access route to the European Union, other countries," Kazakh Minister of Trade and Integration Bakhyt Sultanov said on June 23.