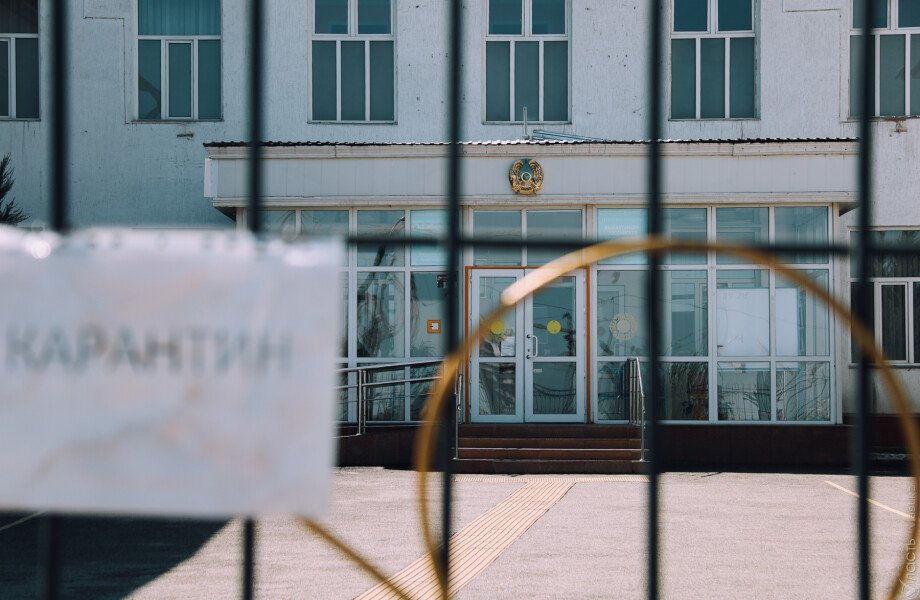 The number of coronavirus cases in Kazakhstan has risen to 42,574, after the government has again included asymptomatic patients who test positive in their confirmed case counts.

Kazakh authorities have reimposed lockdown in what is Central Asia’s largest country after a rapid increase in coronavirus cases, as more than 42,000 people have been affected.

The country’s government announced Thursday the second lockdown as part of an online joint briefing chaired by the country’s prime minister, Askar Mamin, saying the ‘‘preventative measures’’ in Kazakhstan will last until July 19.

Authorities banned the use of public transport operating between regions and limited public transport activities in the cities. Any interactive events, such as entertainment, sports and other public events, as well as family and commemorative events are banned. Around 80 percent of employees should continue working from home, except for essential workers, according to the new order.

Stricter social distancing measures are also back in force, meaning no more than three people can meet outside their own household. Those aged 65 and over are banned from leaving their homes during the lockdown.

At the same time, permission for international flights remains in place without expanding the list of routes until further notice. Kazakhs are allowed to travel within the country by air or railway, except for some restrictions.

Prime Minister Mamin said these restrictive measures can be extended for another two weeks or even more tightened depending on the epidemiological situation in the country.

The move came after Kazakhstan’s President Kassym-Jomart Tokayev urged the government develop a new strategy to tighten the restrictions, expressing his concern that the easing of lockdown measures and local government incompetence caused a sharp increase in coronavirus patients.

“Since the government lifted restrictions on May 11, the number of coronavirus cases has increased sevenfold,’’ Tokayev said Monday, while addressing an online meeting with the government and regional officials.

‘‘The health ministry has failed to coordinate activities of central and local authorities,” he added.

The number of coronavirus cases in Kazakhstan has risen to 42,574, after the government has again included asymptomatic patients who test positive in their confirmed case counts. As of today, 188 coronavirus-related fatalities have been recorded, while 25,533 recoveries have been accounted for.

Meanwhile, the British-Dutch oil and gas conglomerate Shell announced Thursday it would evacuate around 200 non-emergency employees and their family members from Kazakhstan amidst the coronavirus outbreak in the country. The employees will continue to work remotely.

The company believes that this decision will not affect the company’s activities in Kazakhstan.

Shell’s employees are mainly engaged in the North Caspian Operating Company, a joint venture that operates the Central Asian nation’s biggest oilfield, Kashagan. The oilfield is located in the northern part of the Caspian Sea close to the Atyrau region, along with the country’s another giant oilfield — Tengiz.

On Wednesday, Tengizchevroil (TCO) — a joint venture between Chevron, KazMunayGas, ExxonMobil Kazakhstan, and LukArco that owns and operates the field since 1993, announced it would halt some activities at Tengiz due to the coronavirus outbreak.

‘‘These are small projects that do not affect production activities,’’ Interfax Kazakhstan cited the company as saying. The company’s press service said a downtime would last until further notice.