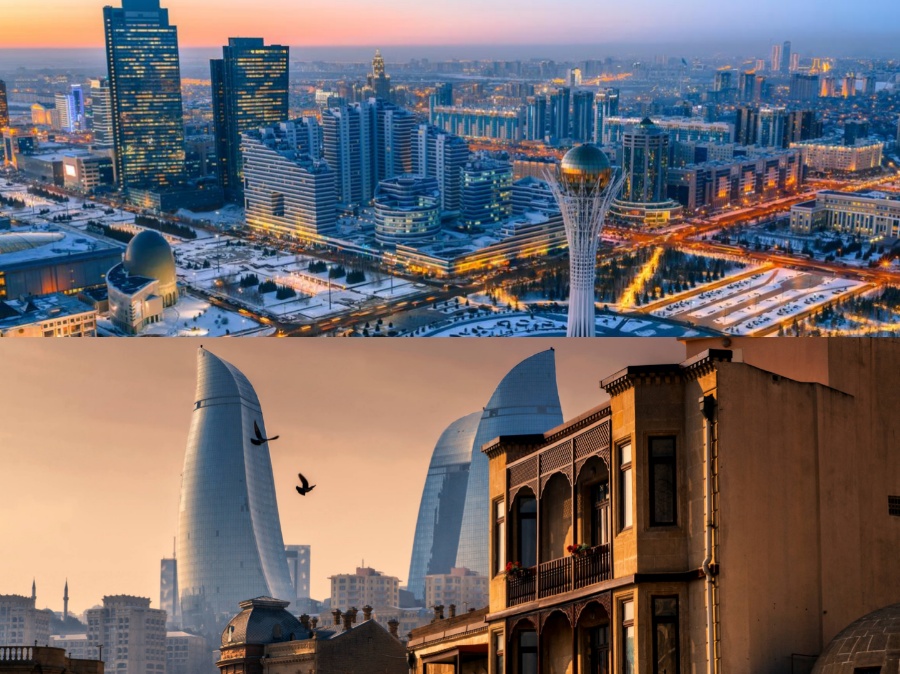 2018 was an exciting year for the Caspian region overall when it comes to tourism, as a series of initiatives were launched there to help build the region’s brand and market it as a secure, attractive and welcoming place for tourists and businesspeople.

International Tourist Guide Day was recently celebrated across the globe, and the Moscow-based analytics agency TurStat put Kazakhstan and Azerbaijan at the top of the list for travelers looking to explore countries within the Commonwealth of Independent States (CIS) region.

TurStat, which provides regular rankings of resorts and tourist destinations, used its customer-based analysis methodology to rank sightseeing tours. The countries in the CIS region, which is comprised of former Soviet republics, were ranked, with Belarus at the top of the list. An average excursion tour to the CIS countries lasts for seven days according to TurStat’s, while prices range between $500 and $1,000.

Kazakhstan and Azerbaijan, both bordering the Caspian Sea, came in at number two and three, respectively, followed by Uzbekistan. The agency’s data shows that nearly 22 percent of respondents voted for Kazakhstan and 16 percent – for Azerbaijan.

2018 was an exciting year for the Caspian region overall when it comes to tourism, as a series of initiatives were launched there to help build the region’s brand and market it as a secure, attractive and welcoming place for tourists and businesspeople.

Kazakhstan’s state-run Kazakh Tourism company, established in 2017, has been developing the country’s tourism potential and attract foreign investment to boost the sector.

“First, we began to actively increase the presence of Kazakhstan in social networks. Last year, we organized the arrival of well-known bloggers from China, with subscribers more than 100 million,” said Rashid Kuzembayev, who chairs Kazakh Tourism’s board.

TurStat bloggers visited tourist sites in Astana, the Shchuchinsk-Burabay resort area, the former capital city of Almaty and the Almaty region, and the East Kazakhstan and Turkestan regions.

Along with digital marketing, Kazakhstan has been luring tourists using traditional methods. Since 2018, Kazakhstan’s travel businesses have joined a series of international exhibitions in Berlin, Moscow, Beijing and Hong Kong. As part of the celebration of the 20th anniversary of Astana city, expeditions were conducted along six routes covering almost all regions of Kazakhstan, as well as over 20 mountain peaks. According to government data, more than 1.5 million people took part in these activities.

Azerbaijan, located at the crossroads of Europe and Asia along the western shores of the Caspian Sea, also unveiled its new tourism brand last October. Developed and introduced by the Azerbaijan Tourism Board and the National Tourism Agency of Azerbaijan, the policy is expected to inject new life into the country’s global marketing strategy and double the number of tourists coming to Azerbaijan by 2023.

Fidan Aliyeva, Brand and Marketing Manager at the Tourism Board, believes that a strong brand can help achieve its goal.

“We must be able to demonstrate all the beauty of Azerbaijan. We have excellent cuisine and hospitable people. When creating a new brand, all this was taken into account. Azerbaijan is a country of new discoveries,” she said, according to reports by RIA Novosti.

In addition, the National Tourism Agency started launching global offices across five continents to help put Azerbaijan on the global tourism map as a safe, friendly and welcoming country with a rich culture and unique heritage.

The tourism industry has been on a constant rise in Azerbaijan over the last few years. In 2018, numbers peaked, hitting 2.85 million, which is six percent more than that in 2017. According to government records, tourists spent around $2 billion in 2018, up from $1.3 billion a year earlier.