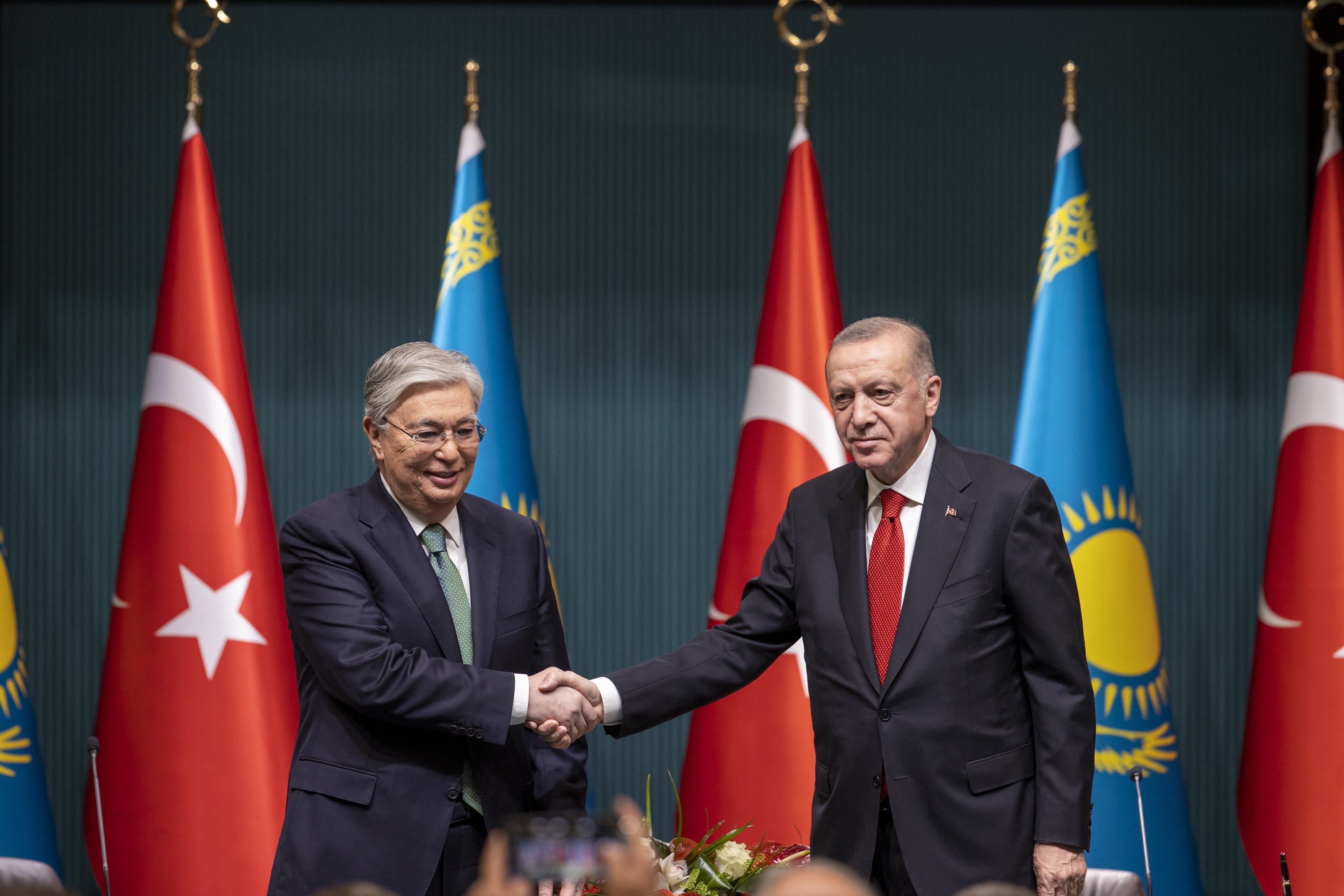 Kazakhstan has approved a protocol expanding the country's military intelligence cooperation with Türkiye.

"The attached protocol between the Kazakh and Turkish governments on cooperation in the field of military intelligence that was signed in Ankara on May 10 2022, is approved," KazTAG quoted the Kazakh government as saying in a resolution on August 10.

The document, already in effect, refers to military intelligence cooperation in three areas.

"The sides will cooperate in the following areas: 1) mutual exchange of military intelligence and expert assessments on topical issues; 2) monitoring the development of the military-political situation in a region (country) which poses a threat to the security of the two states; and 3) mutual exchange of information about international terrorist and other organisations that pose a threat to their security," the protocol reads.

During a state visit of Kazakh President Kasym-Zhomart Tokayev to Türkiye on May 10, it was agreed to boost Kazakh-Turkish relations to the level of expanded “strategic partnership".

Tokayev’s visit came after Türkiye sought to play an active diplomatic role in resolving unrest that broke out in Kazakhstan in January over a sharp fuel price hike.

On the sidelines of the visit, the Kazakh defense minister Ruslan Zhaksylykov and his Turkish counterpart Hulusi Akar also held talks and discussed ways of strengthening bilateral defense cooperation, as well as regional security issues.

Akar emphasised the importance of expanding Turkish-Kazakh defense cooperation to include joint military exercises and defense industry. The two defense ministers also discussed cooperation in the training of troops and military science.

Referring to the likelihood of Turkish military help to Kazakhstan "in case of any hostilities", Kazakh Deputy Defence Minister Sultan Kamaletdinov said that "there is a possibility of destabilisation, mostly inside the country. But at the same time, we must note that international cooperation is carried out with all states, not just with Türkiye... I mean with all states, including those that do not border on Kazakhstan."

On May 11, the Kazakhstan Engineering national company and Turkish Aerospace (TUSAS) signed an agreement approving the joint production of Anka drones in Kazakhstan.

In accordance with the agreement, the Turkish side will transfer technology and train personnel for the maintenance and repair of Anka drones to be used by the Kazakh Armed Forces, the report said.

"Kazakhstan will become the first foreign country to launch the production of Anka drones," it added.

On June 27, Kazakh President Kasym-Zhomart Tokayev held talks with a member of the board of Türkiye's Koc Holding, Ali Koc, to discuss implementing joint defense projects. Tokayev noted during the meeting that cooperation with Türkiye is of "particular importance" to Kazakhstan, and pledged support to investors working in the Central Asian country.

Kazakh servicemen participated in the military exercise Efes-2022 in Türkiye's Izmir, which took place May 28 - June 9, along with their counterparts from around 40 countries.