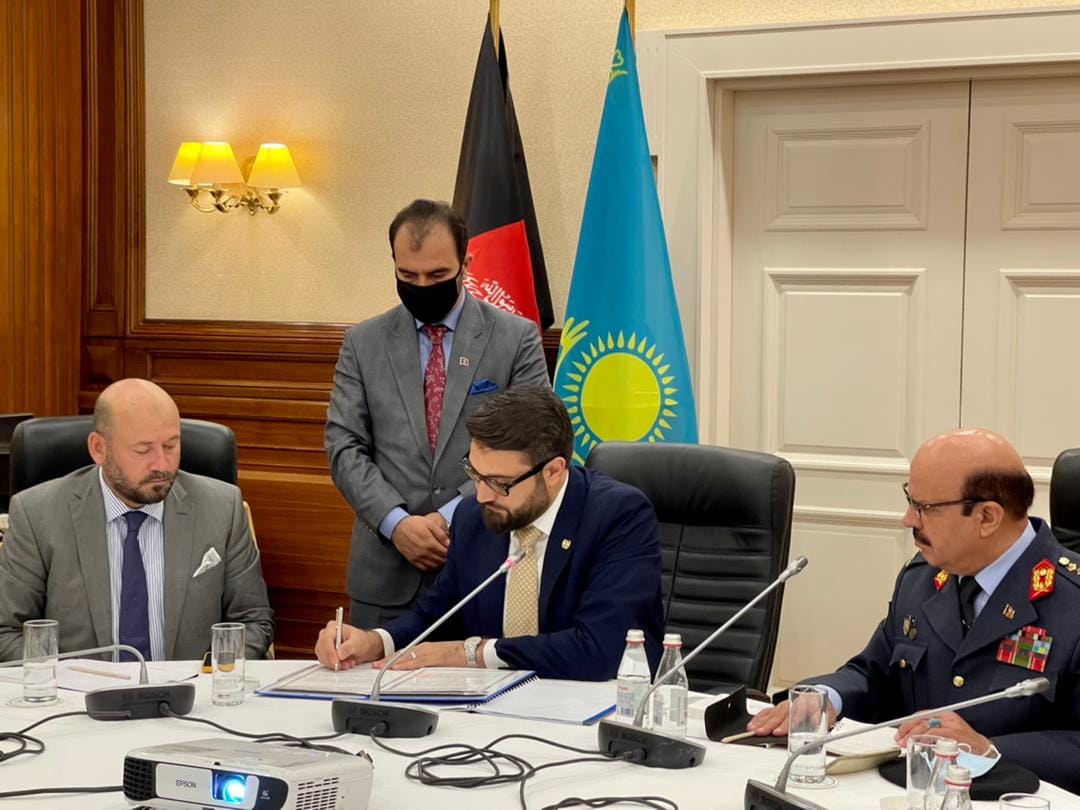 The document was signed by Kazakhstan’s Defense Minister Nurlan Yermekbayev and Afghanistan’s National Security Advisor Hamdullah Mohib, who was on an official visit to Central Asia’s largest and wealthiest country.

The document was developed in line with the agreements reached during the 2017 visit of Mohammad Hanif Atmar, who was then Afghanistan National Security Advisor, to Kazakhstan.

Meanwhile, the signing of the agreement came amid the ongoing withdrawal of American troops from Afghanistan.

The U.S. forces have been in the country since the September 11 attacks committed by Al Qaeda, which was then based in Afghanistan. Weeks after the 2001 attacks, a U.S.-led coalition ousted the Taliban, which had been providing a safe haven to Al Qaeda mastermind Osama bin Laden. The Taliban, however, regrouped and became an insurgent force that by 2018 was active in more than two-thirds of the country.

U.S. troops’ withdrawal from Afghanistan came in several stages. The ongoing withdrawal was agreed upon between the Trump administration and the Taliban as part of the deal signed in 2020. The Biden administration announced in April 2021 that it would continue the withdrawal, with an expected completion date by September 11, 2021. On June 8, the U.S. Central Command (CENTCOM) announced that it had completed more than half of its withdrawal from Afghanistan.

As of April 2021, almost 10,000 servicemen from more than 35 countries were stationed in Afghanistan under the NATO-led Resolute Support Mission.

Military officials in Kazakhstan hope that the withdrawal of foreign troops from Afghanistan will help stabilize the situation in the country, while the parties to the conflict will find compromise solutions to resolve disagreements. Defense Minister Yermekbayev also noted that Kazakhstan supported the preservation of the republican democratic system in Afghanistan.

Kazakhstan has long been providing technical and humanitarian assistance to Afghanistan within various agreements.

According to the data published by Kazakhstan’s foreign ministry, Astana has provided $80 million in financial aid to Kabul since 2001. That money went to higher education initiatives and deliveries of food, clothing, and essential goods, as well as building infrastructure in a country that has been decimated by decades of war.

Since 2009, Kazakhstan has been implementing a state-backed educational program to train thousands of Afghan students in its educational institutions, for which $50 million has been allocated.