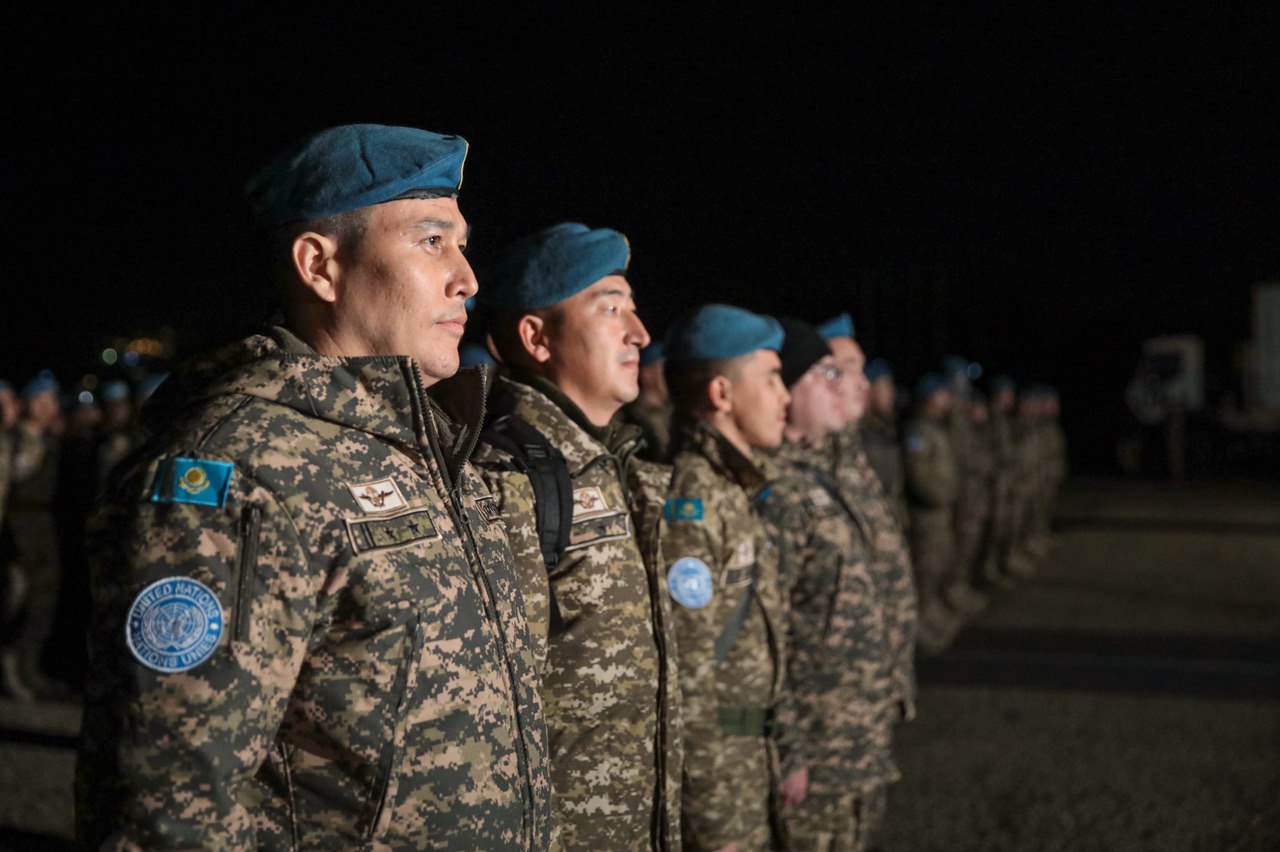 The rotational deployment of 120 Kazakh servicemen will patrol the UN-drawn border between Israel and Lebanon as part of the Indian battalion and within the United Nations Interim Force (UNIFIL). / Kazakhstan Defense Ministry

A small contingent of troops from Kazakhstan arrived in Lebanon this week to join a United Nations peacekeeping mission. The rotational deployment of 120 servicemen will patrol the UN-drawn border between Israel and Lebanon as part of an Indian battalion and within the United Nations Interim Force (UNIFIL).

“They check the situation on a daily basis, serve at checkpoints, are responsible for guarding and strengthening military bases, and go on autonomous patrols,” reads a statement that was posted to the website of Kazakhstan’s defense ministry on Wednesday.

“The list of tasks of the team also includes establishment of friendly relations with representatives of the peacekeeping troops of other countries and the local population.”

UNIFIL is deployed in southern Lebanon in accordance with UN Security Council Resolution 1701, which ended the 2006 Lebanon War – a 34-day military conflict between Hezbollah paramilitary forces and the Israel Defense Forces. Together with the Lebanese army, roughly 11,000 military servicemen from 43 countries patrol what is more than a 79-kilometer (49-mile) border between Lebanon and Israel, known as the blue line.

The first rotational unit of Kazakh troops arrived in Lebanon in October 2018 and left in May of this year. A second unit served since then, and now a third unit is taking its place, scheduled to be there through May 2020.

The commander of the Indian battalion, Narayan Bhati, met the Kazakh unit in Lebanon.

“The first and second rotation performed their service perfectly,” Bhati said according to the ministry’s statement. “I know that you attended a special course in India. You are the best of the best, and I am honored to welcome you here.”

To join the non-combat mission in the Middle East, servicemen from Kazakhstan underwent strict selection and were required to pass a series of psychological medical examinations. In addition, they were trained for three months by mine clearance specialists and peacekeeping training instructors in Kazakhstan and participated in joint military exercises in India.

While Indian UN peacekeepers have been present in Lebanon since 1978, for Kazakhstanis this is their first major peacekeeping activity led by the UN and the second major mission the military has undertaken since the NATO-led operation in Iraq in the early 2000s. There, Kazakhstan sent nearly 300 peacekeepers in which KAZBAT, the Kazakhstani battalion, was responsible for destroying more than four million explosive ordnances.

In September, Israel and Hezbollah – an anti-Israel militant group based in Lebanon – have exchanged fire along the Lebanese border. UNIFIL called for restraint from both sides while the UN peacekeeping units, including the second military team from Kazakhstan, were brought to combat readiness. Upon completion of the mission, Kazakh servicemen were awarded special medals from the UN.