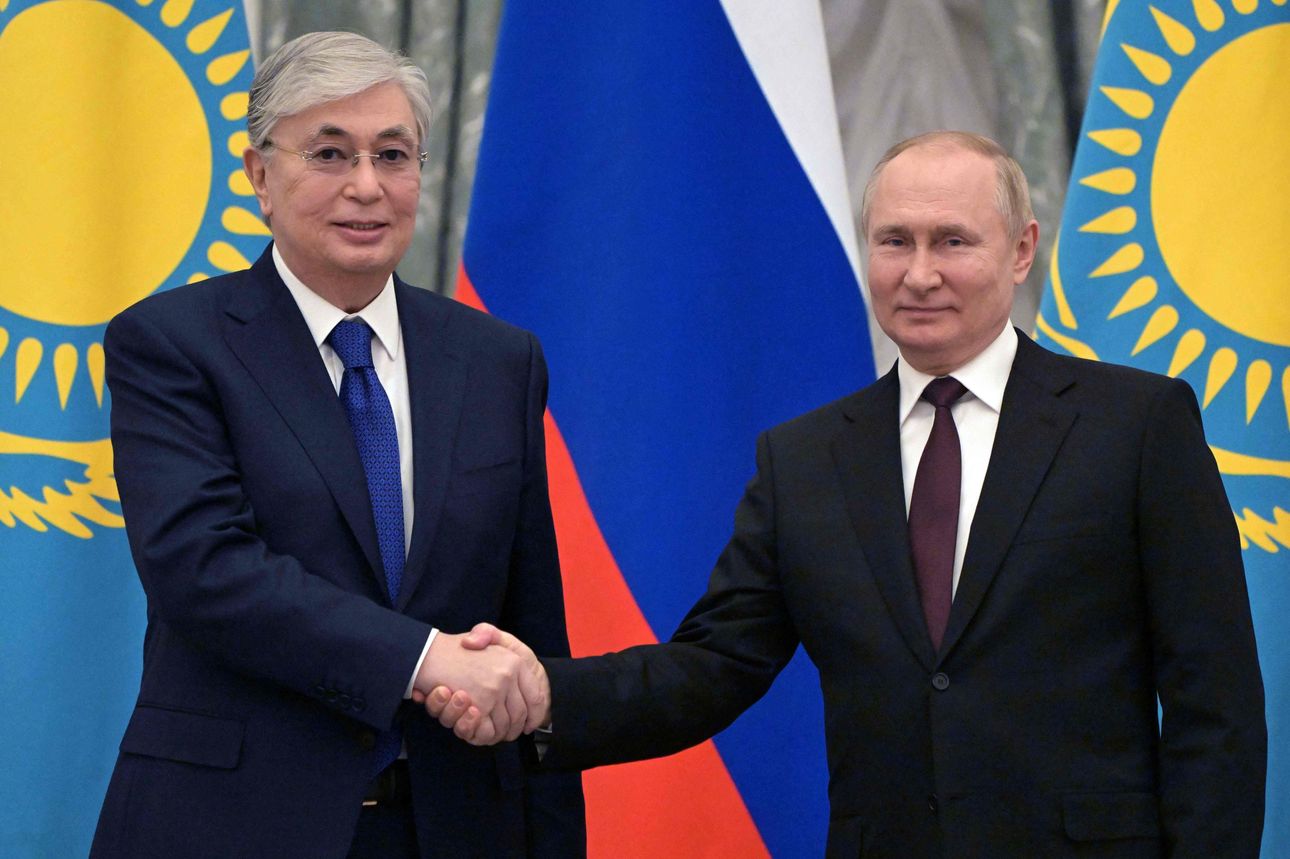 Kazakh President Kassym-Jomart Tokayev and his Russian counterpart Vladimir Putin recently discussed their countries’ strategic partnership and economic relations amid tensions over the suspension of the Kazakh oil pipeline, which passes through Russia.

In a phone conversation on July 12, Tokayev “gave a positive assessment to the rapid collaboration between the governments to resolve urgent problems of economic as well transport and logistics relations between the two countries”, according to the official website of the Kazakh president.

The two leaders expressed satisfaction with the current state of cooperation between the two countries, and discussed trade and energy issues.

The sides confirmed the intention to further strengthen the strategic partnership and alliance between the two countries, as well as the implementation of specific projects in the trade, economic and energy spheres.

Earlier, Rostekhnadzor conducted an inspection of the Caspian Pipeline Consortium's facilities and identified some "documentary violations" in its Oil Spill Response Plan. The regulator then asked the court to suspend the consortium's work in Russia for 90 days.

On 5 July, a Russian court issued an order suspending the operation of the Caspian Pipeline Consortium (CPC), which exports most of the Kazakh oil through the Russian Black Sea port of Novorossiysk, for a month over alleged "environmental violations".

Kazakhstan's Ministry of Energy stated on July 7 that Kazakh oil was being exported via the CPC's Black Sea facility in Russia as usual.

Some experts suggest that the reason for the suspension of CPC's operation was Tokayev's remarks during the recent St Petersburg International Economic Forum on June 17 where he said that Kazakhstan would not recognise the self-proclaimed Luhansk and Donetsk people's republics in Ukraine.

The Russian court’s order on the temporary closure came two days after President Tokayev told European Council President Charles Michel that his country is ready to send more oil to the EU.

On July 7, Tokayev said that diversifying oil export routes is an "important task", adding that "the Trans-Caspian route is a priority direction. I instruct [the Kazakh oil and gas giant] KazMunayGaz to explore the best option for its implementation, including the possibility of attracting investors from the Tengiz project.

Kazakhstan doesn’t have a pipeline to export Kazakh gas to the EU, but there is scope to increase Kazakhstan’s oil exports to mitigate the reduced flows of Russian oil due to EU sanctions.

The CPC is the main export route for the oil produced at Kazakhstan's three main oil and gas fields: Tengiz, Kashagan and Karachaganak. Russia owns 24% of the company, followed by Kazakh oil and gas giant KazMunayGaz, which holds a 19% share. Chevron Caspian Pipeline Consortium owns 15% and ExxonMobil has a 7.5% share.