Kazakh Military Called to Mobilize amid Taliban Rise in Afghanistan 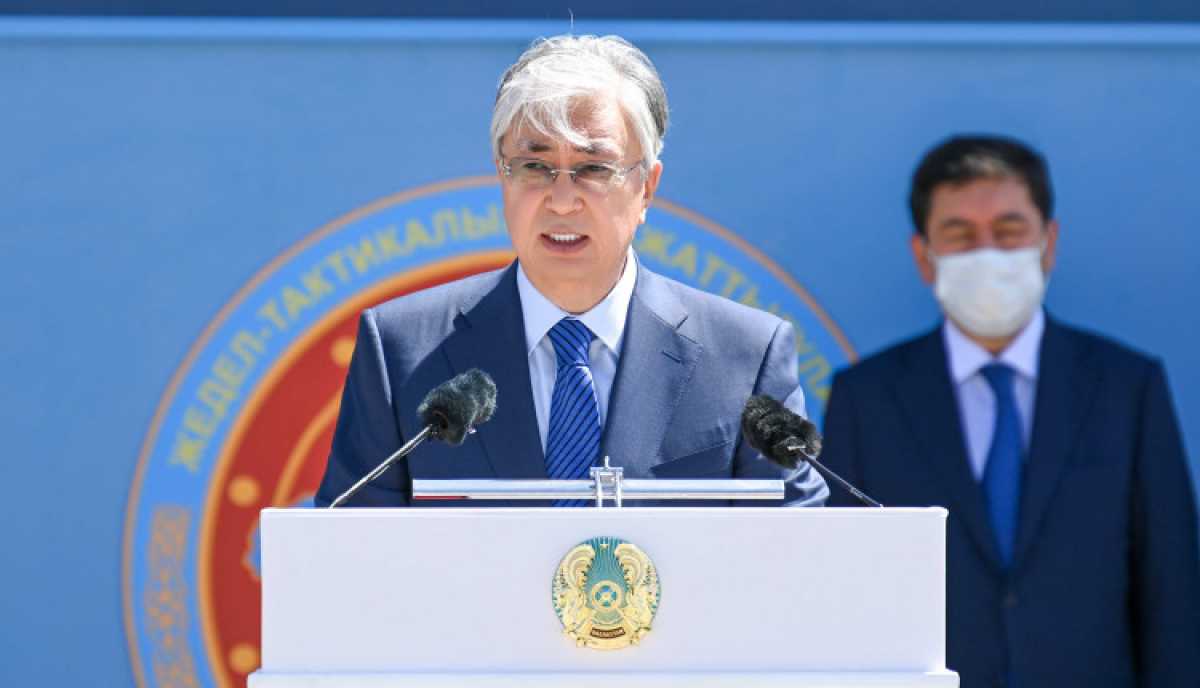 Tokayev's call for mobilization followed a day after his visit to Moscow where he met his Russian counterpart Vladimir Putin to discuss joint actions against potential security threats.

Kazakh President Kassym-Jomart Tokayev has instructed the country's military to prepare for risks that could potentially emerge following the Taliban's victory in Afghanistan.

In a statement following his visit to operational-tactical exercises held in the Almaty region on Sunday, Tokayev said that Kazakh armed forces must be ready for any eventuality.

"In the context of the aggravation of the international situation, our power structures should be maximally mobilized," Tokayev said, addressing the participants. "We see growing concern and anxiety in society about the situation in Afghanistan. The events taking place in this country do not pose a direct threat to Kazakhstan, but, of course, create certain risks. Therefore, we must closely monitor the development of the situation and be ready to adequately respond to any challenges."

Tokayev's call for mobilization followed a day after his visit to Moscow where he met his Russian counterpart Vladimir Putin to discuss joint actions against potential security threats. During the meeting on Saturday, the parties exchanged views on regional challenges and integration processes amid the situation in Afghanistan, as well as the issues of Kazakh-Russian cooperation and interaction within integration groupings.

"As allies, Kazakhstan and Russia take consistent efforts on all items on the agenda, be it international problems, security issues, or particularly, bilateral cooperation," Tokayev said at the meeting, according to reports from the Kremlin.

With the Taliban's takeover of Afghanistan a week ago, there has been greater potential for terrorist groups such as Al-Qaeda and the Islamic State to reconstitute in the country. The Kremlin is concerned that terror threats spread into Russia from Central Asia, a region nearly the size of the European Union, which is stretching in the south to Russia.

As the region prepared for the US withdrawal, Russia has been improving its foreign military bases in the area and supporting the militaries of Central Asian states with various activities, including arms sales and joint military exercises, training and assistance programs, and many others.

In Monday's online meeting of the Collective Security Treaty Organization (CSTO), which includes Kazakhstan, Kyrgyzstan, and Tajikistan, Putin stressed the vital importance of avoiding spillover of "radical Islam" from Afghanistan. The countries agreed to coordinate joint action on Afghanistan.

Kazakhstan — a country of nearly 19 million — is the largest and wealthiest country in Central Asia. According to Global Firepower’s 2021 rankings, Kazakhstan’s military strength ranked 61 out of 140 countries. Rankings were based on the strength of individual combat arms, the number of servicemen, the length of a country’s borders, as well as oil reserves and labor availability.

The lion’s share of Kazakh military-technical purchases is imported from Russia, which is considered to be the second-largest military power in the world after the US.