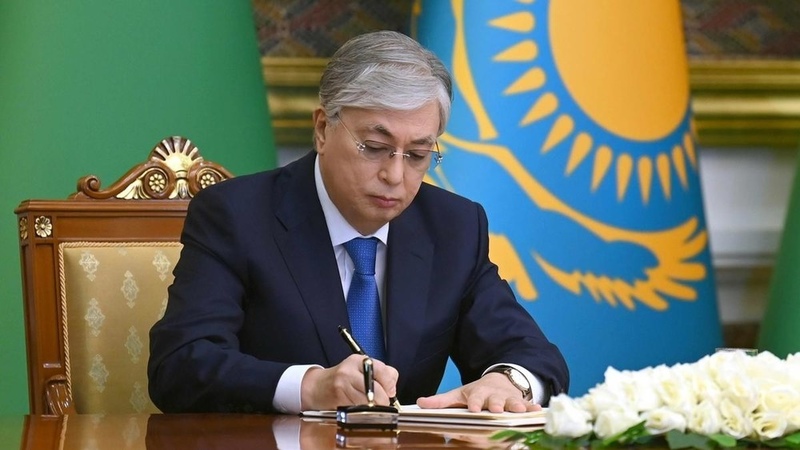 The package of laws was adopted following the national referendum on amendments and additions to the constitution held this June.

Kazakhstan’s President Kassym-Jomart Tokayev has signed a series of bills that will limit the powers of the head of state.

The move is supposed to transform Kazakhstan’s political model of development.

“The constitutional reform marked the beginning of a new era in the history of Kazakhstan,” President Tokayev said at the public signing ceremony held on Saturday.

“It allowed us to consolidate the political transformations of the last three years and lay a solid foundation for the further strengthening of our statehood. From now on, the principles of justice, transparency, and solidarity will be strictly observed,” he added.

The legal changes endorsed by the parliament and signed by the president envisage the reduction of certain powers of the president in relation to local executive authorities and the Supreme Judicial Council. The so-called “presidential quota” in parliament is being reduced, and certain restrictions are being introduced during the term of office of the president.

In addition, the document bans the President from membership in political parties, while close relatives of the head of state are prohibited from holding political positions and leadership positions in the quasi-public sector.

The package of laws was adopted following the national referendum on amendments and additions to the constitution held this June.

Kassym-Jomart Tokayev believes that the constitutional amendments have a clearly expressed humanistic and human rights orientation.

“The referendum has convincingly shown that we can withstand unprecedented external and internal challenges. We have started the practical implementation of the constitutional reform,” he stressed.

The reforms are said to transform Kazakhstan from a “super-presidential” system to a “presidential system with a strong parliament.”

The constitutional reform is part of a drive for a “New Kazakhstan” spearheaded by President Tokayev who was elected president in 2019 with the backing of his predecessor Nursultan Nazarbayev. That year, Nazarbayev resigned after running Kazakhstan for 30 years but retained sweeping powers until recently.

Nazarbayev gave up his remaining powers as the head of the Security Council and the leader of the ruling party during and after violent unrest in early January, and his relatives have since lost a number of influential positions in government and state companies.