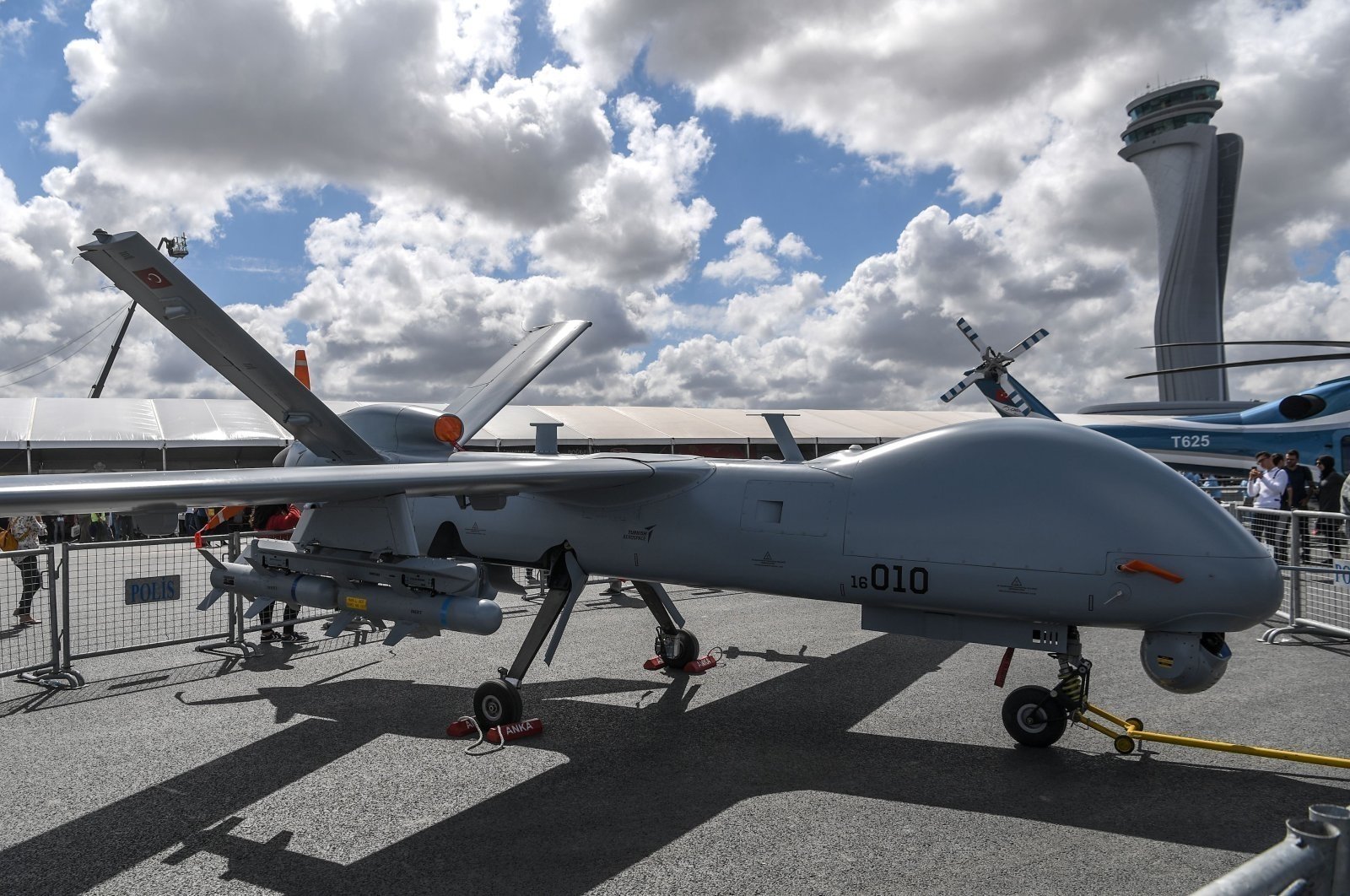 The Anka drone inducted into the Turkish Air Force in 2013 can carry out various intelligence, surveillance, and reconnaissance missions with a flight duration of 30 hours.

According to a report by Anadolu Agency, the state-run Kazspecexport enterprise has signed a contract with Turkey-based TUSAS Engine Industries (TEI) to purchase unmanned aerial vehicles (UAV).

The Anka drone inducted into the Turkish Air Force in 2013 can carry out various intelligence, surveillance, and reconnaissance missions with a flight duration of 30 hours. It can carry 200 kilograms of multiple surveillance and signal equipment. Developed in 2010, Anka has evolved into a modular platform with synthetic aperture radar, ground moving target indicator radar, and a modified radome structure incorporating airborne satellite communications antenna, which provides secure, high-speed beyond-line-of-sight communications. The drone can be used to detect, identify and track stationary or moving ground targets.

Tunisia has become the first country to purchase the Turkish-made UAV, following the military-financial agreement between Tunis and Ankara to purchase defense products worth 627 million Turkish lira, or nearly $80 million.

“We consider the delivery of Anka UAV to Kazakhstan a very important success after Tunisia,” Anadolu Agency quoted Temel Kotil, who heads the TEI, as saying on November 27.

“We are proud that the (Anka) drones’ export market is on a rise,” he added.

A country of slightly more than 19 million, Kazakhstan has the second-largest military power in Central Asia, behind Uzbekistan, and ranked 61 out of 140 countries, according to Global Firepower’s 2021 report. Rankings are based on the strength of individual combat arms, the number of servicemen, the length of a country’s borders, and oil reserves and labor availability.

At the same time, officials in Kazakhstan are working on upgrading the country’s military equipment, part of which was leftover from the Soviet Union when it dissolved in December 1991.

The lion’s share of Kazakh military-technical purchases is imported from Russia, which is considered the second-largest military power in the world after the US. In recent years, Kazakhstan purchased Russian-made lightweight MiG-29 fighters, Su-25 attack aircraft, Su-27 and Su-30MK fighters, IL-76 military transport planes, and Mi-8/17 helicopters, BTR-80 armored personnel carriers, and the BTR-80A.

Meanwhile, the deal with the Turkish enterprise came amid security threats emanating from neighboring Afghanistan, where the Taliban militant group took over the power this August.

Regime change raised concerns in Nur-Sultan over the potential threats posed by such terrorist groups as Al-Qaeda and the Islamic State that may spread to Central Asia, a region nearly the size of the European Union. To prepare for risks that could emerge following the Taliban’s victory in Afghanistan, Kazakh President Kassym-Jomart Tokayev has called the country’s military for mobilization.