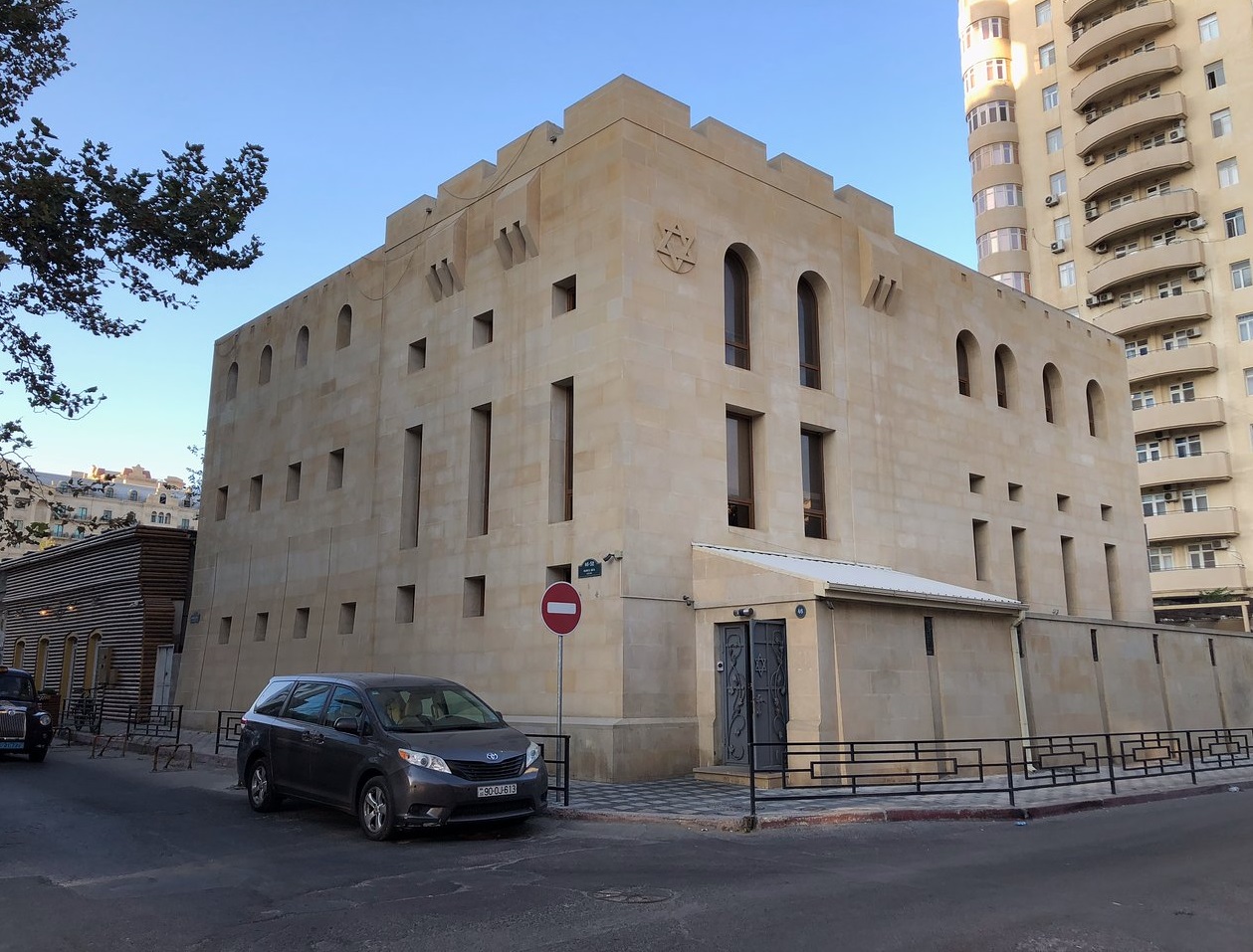 A synagogue of Ashkenazi Jews in Azerbaijan's capital Baku. / Courtesy

Azerbaijan’s capital city of Baku has been named “city of the month” by the World Jewish Travel, an influential non-profit organization promoting Jewish cultural heritage sites and helping discover those overseas.

The organization granted Baku the title shortly after adding Azerbaijan to its official website earlier this month.

“Azerbaijan was added to the site earlier this month with detailed information available about Jewish heritage sites in Baku, Oghuz, and Guba,” Azerbaijan Tourism Board, the national tourism organization, wrote on its Facebook page.

Ashkenazi Jews, who first arrived in Baku in 1832, account for the largest share of the Jewish population of the Azerbaijani capital city. In the mid-19th century, the oil boom attracted a wave of fortune-seeking industry experts to Baku, including Ashkenazi Jews. In addition, a small group of Georgian Jews has also moved to Baku from various cities of Georgia in the late 19th and early 20th centuries. In 1913, the census data confirmed 9,689 ethnic Jews living in Baku.

Jews contributed significantly to the development of the industrial, intellectual, and scientific life of Baku. Rothschilds, a wealthy Jewish family and the most famous of European banking dynasties, have predominantly funded the construction of the Baku-Batumi oil pipeline. Another great example is Baku-born engineer David Landau and his wife, doctor Lyubov Veniaminovna Landau, who were acclaimed members of the scientific society of Baku. Their son Lev became one of the most prominent scientists of the 20th century and got nominated for the Nobel Prize in Physics.

With the establishment of the Azerbaijan Democratic Republic in 1918, which followed the fall of the Russian Empire, Azerbaijani authorities granted equal rights to all ethnic minorities, including Jews. Moisey Gukhman, chairman of the Jewish National Council, represented the interests of Jews in the newly created Azerbaijani parliament.

Historical sources identify Mountain Jews living in the Caucasus as descendants of the Lost Tribes that left Israel after the destruction of the First Temple in 587 BC. Caucasian Mountain Jews, as they are called, have been living in Azerbaijan for around two millennia, since Jews from Persia and possibly the Byzantine Empire were thought to have moved northeastward and settled in the region.

In Azerbaijan, where 97 percent of the population is Muslim, the life of Jews flourished. The only all-Jewish town, Gyrmyzy Gasaba (or Krasnaya Sloboda meaning “red village”) outside of Israel and the United States is located in Azerbaijan. The name of the village comes from the use of red tiles on many of the roofs. Around 3,200 Mountain Jews settled in this village, which is considered the world’s last surviving shtetl. A shtetl was a small town populated by Jews in Central and Eastern Europe before the Holocaust.

There are three Jewish synagogues in Gyrmyzy Gasaba (Krasnaya Sloboda). While synagogues in Europe, the United States, and Muslim-majority countries around the world are secured like a fortress, such measures are not necessary for those in Azerbaijan where armed guards or high-tech security solutions could barely be seen.

Last February, the Museum of the History and Culture of Mountain Jews opened in Krasnaya Sloboda. It is located in the Karchog synagogue, closed during the Soviet years, and restored to its original appearance before becoming a museum. The art center exhibits multiple items such as clothes, jewelry, ritual utensils, manuscripts, books, and old household items donated by Jews living in different corners of the world.