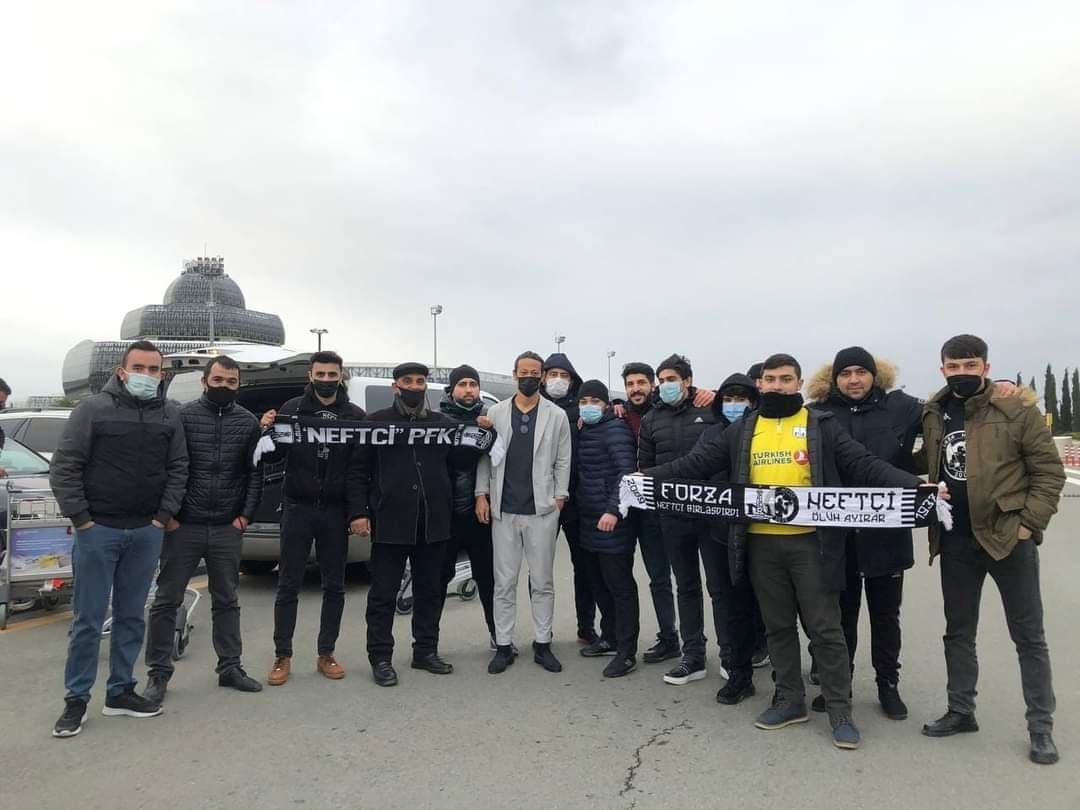 Keisuke Honda (in the middle) with Neftchi PFK fans at the Baku international airport. / Courtesy

The contract with the Japanese football player would be finalized in the coming days, the official web page of Neftchi PFK reported. Neftchi PFK head coach Samir Abbasov said Honda would play for the club during the rest of the 2020-2021 season of the Azerbaijan Premier League.

“Every manager needs a good player,” Abbasov said. “The contract is almost agreed. He wants to play for us until the end of the season. Negotiations may resume in the summer.”

Honda, aged 34, is the former player of the Japan national football team nicknamed the Samurai Blue, and is one of the most famous football players in his country. After starting his career in his homeland, Honda has played for eleven different teams, including Italian giants AC Milan, the Dutch Vitesse football club, Brazil’s Botofago, and the Russian CSKA Moscow. Honda represented Brazil’s Botafogo before coming to Azerbaijan.

Neftchi is the first club to represent Azerbaijan in a prestigious European tournament by making it through to the Europa League group stage in 2012.