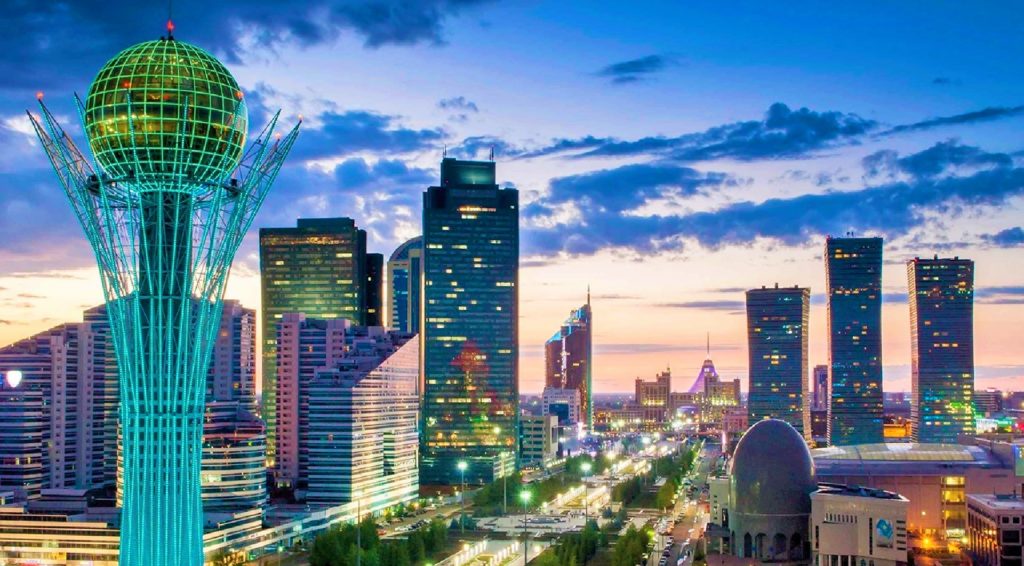 Under a new joint venture, Japanese companies will offer specialized expertise and technologies that will drive the digital transformation of Kazakhstan's industries.

Land Management Co. Ltd and Japan DX agreed last week to establish the joint venture – Japan DX KZ. According to a statement issued by the Kazakhstan embassy in Japan, the two Japanese companies will launch a series of projects in Kazakhstan valued at a combined $150 million.

Soji Suzuki, Chairman of the Board of Directors of Japan DX, is convinced that the importance of digital technologies is invaluable for the development of various industries.

“Japan has advanced technologies for the implementation of digitalization projects that can ensure the efficiency of production processes in Kazakhstan,”  Khabar24 quoted Suzuki as saying.

As part of its activity in Kazakhstan, Japan DX KZ will launch the construction of a data center to collect, store, process, distribute and allow access to large amounts of data. The facility will provide a good security posture against malicious attacks as cybersecurity issues have long become an everyday struggle — whether viewed in economic, humanitarian, or national security terms.

Japanese investors will also create a digital platform that will be engaged in issuing security tokens. Security tokens – or digital, liquid contracts – transform tradable assets like equity and fixed income into digital assets that use blockchain technology. The platform will be launched within the Astana International Financial Center (AIFC), which is similar to financial centers in Singapore and Dubai. AIFC follows British securities and corporate law and offers visa and tax waivers to global financial investors. Members of AIFC are exempt from Kazakh corporate income tax, individual income tax, land tax, and the property tax for 50 years.

Kazakhstan has long been working to develop its digital ecosystem and create jobs in new sectors.

Intending to tackle cybersecurity issues in the country, Nur-Sultan launched an initiative called the “Concept of Cyber Security” or “Kazakhstan Cyber Shield.” A six-year plan is expected to strengthen already-existing state policy regarding cybercrime and is supposed to cover the period of 2017-2022. As part of the program, the government has identified 336 most significant institutions, which must be protected from a potential threat. The list includes government agencies, banks, and industrial enterprises, and the government is planning to expand it.

Meanwhile, Japanese interest in Kazakhstan is nothing new.

Last year, Nur-Sultan announced a series of contracts worth $46 million with Japanese companies, including Smart Eco System, Number 1 Solution, S Objects, and Nippon Investment Operating Company. The sides agreed to launch a project to introduce blockchain technologies in Kazakhstan in such industries as manufacturing, agriculture, infrastructure and communications. The project will be implemented using Japanese technologies, such as Wi-Sun, a wireless communication standard that enables seamless connectivity between smart-grid devices.

In addition, a Japan-based multinational cybersecurity and defense company, Trend Micro, has been partnering with the Kazakhstani T&T Security company since early 2020, to support the government-run “Concept of Cyber Security.” The partnership is poised to develop and implement local projects and initiatives in the realm of information security using existing Japanese solutions.