Israeli UAVs Will Soon Be Manufactured In Kazakhstan 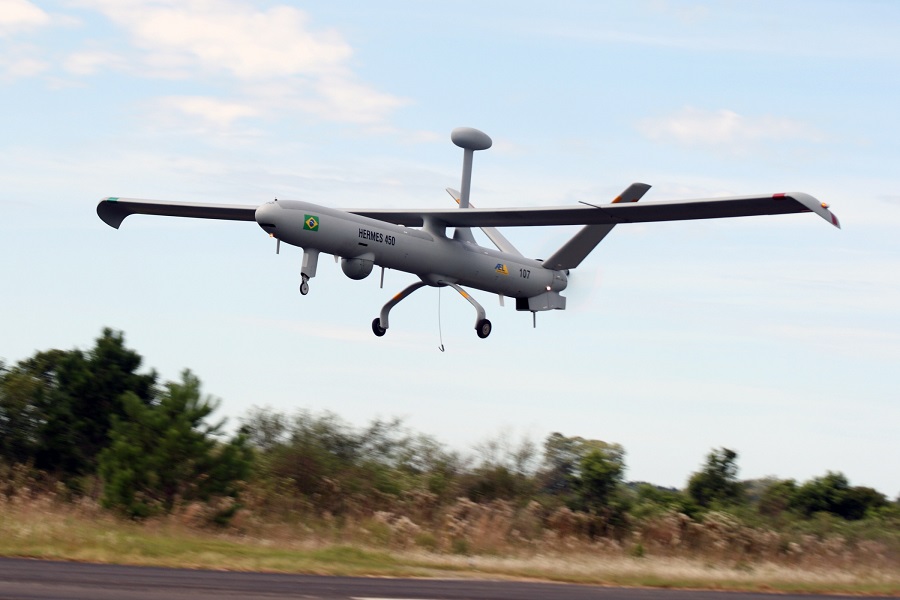 Hermes 450 is easily mobilized and rapidly deployable, while mission management is performed via the Hermes ground control system (GCS).

Kazakhstan is stepping up economic cooperation with Israel by having Israeli-made unmanned aerial vehicles (UAVs) manufactured in the Caspian country. This week the domestic defense company Kazakhstan Engineering reached a distribution agreement with Elbit Systems, the top Israeli military contractors.

Kazakhstan Aviation Industry, a subsidiary of Kazakhstan Engineering and Kamkor Management, will start manufacturing Israeli-made UAVs and provide maintenance services. Local manufacturers have acquired an exclusive right to use the trademark within Kazakhstan.

Officials from the company believe that the project could reduce the country’s dependence on foreign manufacturers and issues related to repair and maintenance services.

“In addition, this will provide us with the opportunity to form domestic qualified personnel and create new jobs,” said Kuanysh Bishimov who chairs Kazakhstan Engineering, according to a statement published to the company’s website.

The delivery of equipment, components and assemblies for the production of the UAVs is expected by the end of the year. The company’s statement, however, does not reveal the type of UAV model Kazakhstan is going to produce.

Elbit Systems Ltd. is an international defense electronics company that develops, manufactures and sells aerospace and defense equipment. The company’s technologies include land and naval systems; command and control communications systems; and intelligence surveillance and reconnaissance systems. The list of the unmanned aerial vehicles produced by Elbit includes such models as Hermes 90, Hermes 450, Hermes 900, as well as Skylark, Arrow Micro-V, and Arrow Sniper.

In 2016, Kazakhstan and Israel agreed on the supply of Israeli-made UAVs. At the time, government officials did not release details on the quantity to be produced or potential providers. Kazakhstan, at the time, was most interested in Hermes 450 – a medium size, multi-payload remote-controlled aerial system designed for tactical, long-endurance missions. As the primary platform of the Israel Defense Force in counter-terror operations, Hermes 450 has over 300,000 operational flight hours and is the backbone of Britain’s Watchkeeper Unmanned Aerial Vehicle Program.

The news of the deal with Kazakhstan received mixed reviews in Israel when the issue first surfaced three years ago.

“Israel is interested in selling weapons systems to Kazakhstan, but is constrained because of concern that the technology might ‘leak out’ to others, and because of Russian sensitivities,” read a report in The Jerusalem Post published in 2016.

The deal with Kazakhstan came after Washington had objected to any further sales of Israeli-made unmanned air vehicles to Russia.

Kazakhstan is not the only country in the region to deal with Israeli defense contractors. Israel is one of the main arms suppliers to Azerbaijan, along with Russia and Turkey. Elbit Systems sold Azerbaijan its latest unmanned aerial vehicle, which is capable of long-range precise tactical kamikaze strikes.