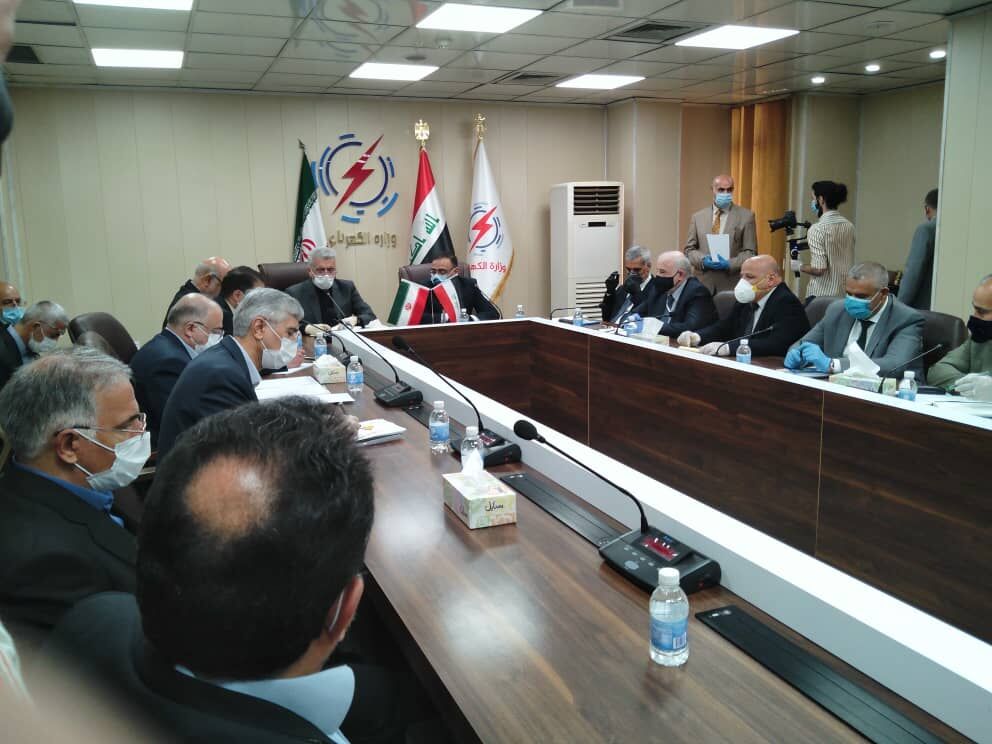 The Iraqi electricity minister has noted the importance of electricity imports from neighboring Iran, describing it as vital.

In a meeting with his Iranian counterpart Energy Minister Reza Ardakanian in Baghdad on June 3, Iraq’s Minister of Electricity Majid Mahdi Hantoush appreciated Iran's export of 1200 MW electricity, adding that “Iraq has put on the agenda of the electricity ministry paying disbursement of importing electricity from Iran."

Hantoush hoped that the volume of imports will not decrease in summer, according to the Iranian state news agency IRNA.

For his turn, the Iranian minister said that about one and a half year ago Iran and Iraq signed an agreement to improve the electricity industry of Iraq. “Despite problems in supplying gas for power plants, Iran made efforts for fulfilling Iraq's demands,” Ardakanian added.

Iran is providing the Iraqi side with developing and overhauling their power plants and electricity grid while improving the Arab country’s electricity grid management system, according to a memorandum of understanding (MOU) for cooperation in the energy sector signed in December 2018.

Meanwhile, despite the imports, Iraq has been unable to meet its electricity needs, because of undeveloped gas reserves, flaring of associated gas and an aging and debilitated power sector that suffered extensive damage from Islamic State attacks and needs upgrades of transmission and distribution networks.

Allawi expressed gratitude for invitation from his Iranian counterpart and he expressed hope that he would pay a visit to the Islamic Republic of Iran in the near future at the head of a trade and economic delegation.

In recent years, economic relations between Iran and Iraq have expanded, along with the volume of bilateral trade. Bazargan, Shalamcheh and Mehran border points have recently opened between the countries, after months of closure because of the coronavirus outbreak.

Although the border points were closed, Iran provided the necessary goods of Iraq through sea trade as well as Parviz Khan Border Point in Iraqi Kurdistan. Before the COVID-19 outbreak, 300-400 trucks entered Iraq through Shalamcheh Border Point.

Iran is planning to export its natural gas to the Kurdistan region of Iraq. The authorities in the Iraqi Kurdistan Region have submitted several requests for the start of gas supply from Iran to the bordering regions.

Iran is exporting 32 million cubic meters (mcm) of natural gas to Iraq on a daily basis. Iraq inked a deal in late 2017 to import gas from Iran to the eastern border province of Diyala, increasing purchases of the Iranian fuel, which started in June that year after several years of delay. As per the deal, Iran committed itself to export gas to the Iraqi capital Baghdad and the southern Iraqi city of Basra.