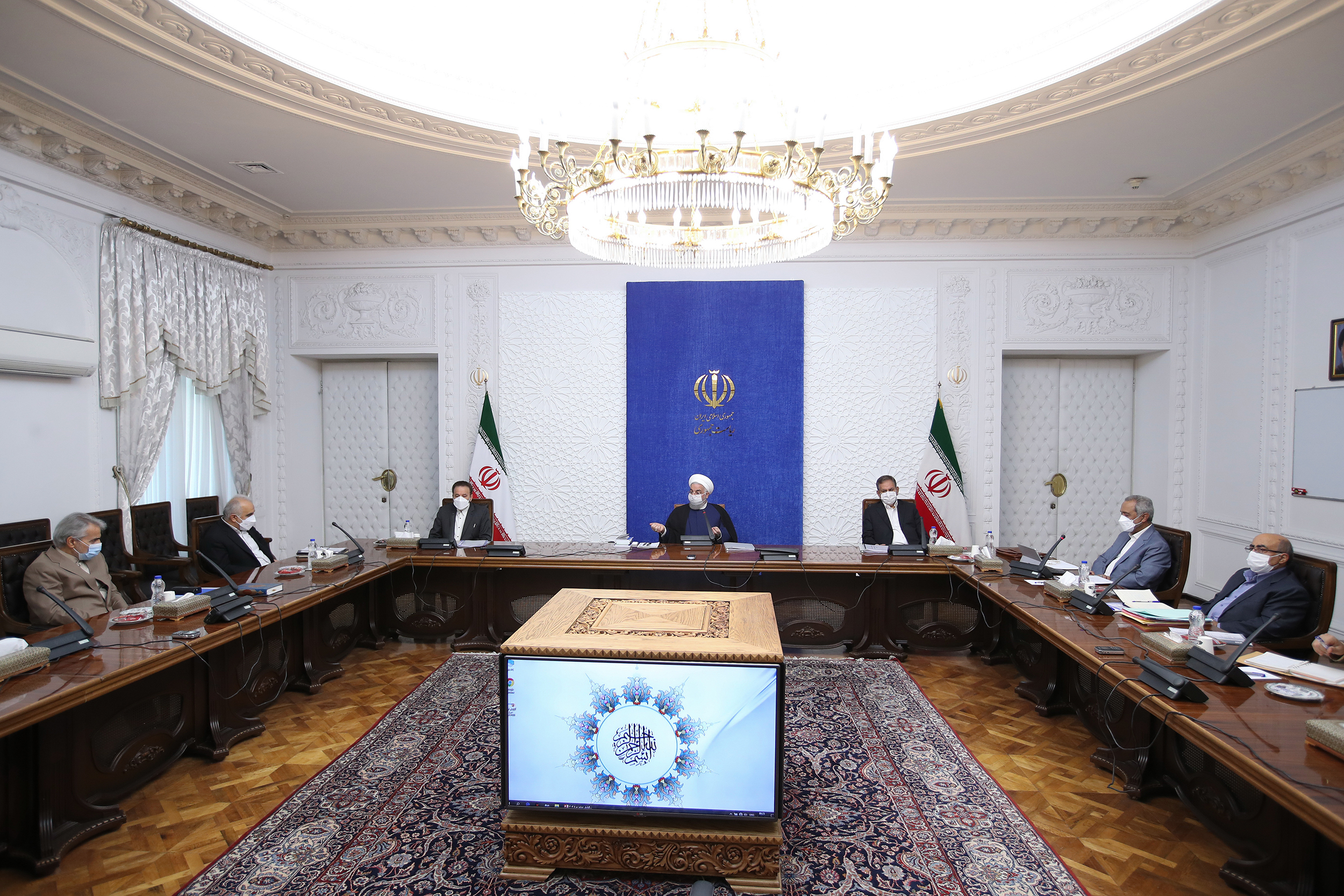 Iran's President Hassan Rouhani addresses a session of the Cabinet’s Economic Coordination Board on June 13, 2021. / president.ir

Iran’s President Hassan Rouhani has denied accusations made by candidates against the current government as part of the presidential debate, describing them as “unrealistic” and “false.”

“Denying the obvious achievements of the government in the fight against economic sanctions and coronavirus is the strategy of those opposing Iran,” the president said during a session of the Cabinet’s Economic Coordination Board on June 13.

Rouhani said that although the oppressive sanctions have made Iran’s access to currency and production inputs more complicated, the Central Bank has made great efforts to supply importers of livestock input with the required currency.

“All officials in the government at various levels are obliged to be accountable for the ambiguities and accusations that have been made against the performance of the government,” the president added.

During the third and final televised presidential debate held on June 12, Ebrahim Raisi, a judiciary chief who is believed to be a favorite to win the upcoming election, said that Rouhani must be held accountable for a controversial petrol rationing plan which led to mass protests in November 2019.

On November 14, 2019, Iran abruptly raised petrol prices by as much as 200 percent. The decision was made as part of the meeting of President Hassan Rouhani, the then Parliament Speaker Ali Larijani, and Judiciary head Ebrahim Raisi. The announcement was not welcomed by Iranians, who were already suffering from an economy facing several challenges, including US sanctions. According to Amnesty International, 304 people, including children, were killed during the November protests. More than 220 of the recorded deaths took place over just two days on November 16 and 17.

Meanwhile, the government also denied accusations in an official statement issued on June 13. The statement reads that the petrol price hike plan was sent to Supreme Leader Ayatollah Ali Khamenei for approval after the three officials mentioned above reached “a consensus on all its dimensions and aspects.”

The document also called on the candidates to “avoid outright lying, accusing and refraining from taking responsibility.” It further accused “some political figures and groups” of “breaking the consensus” on the implementation of the plan, which was “proceeding well in the first 24 hours” and “provoking people” by doing so.

Iran will hold presidential elections, as well as city and village council polls on June 18. However, voters will also participate in by-elections to choose members of the Majlis (parliament) and the Assembly of Experts, the leadership watchdog. The seven candidates to run for president are Ebrahim Raisi, Amir Hossein Ghazizadeh-Hashemi, Alireza Zakani, Secretary of the Expediency Council Mohsen Rezaee, Saeed Jalili, Mohsen Mehralizadeh, and Abdolnaser Hemmati.