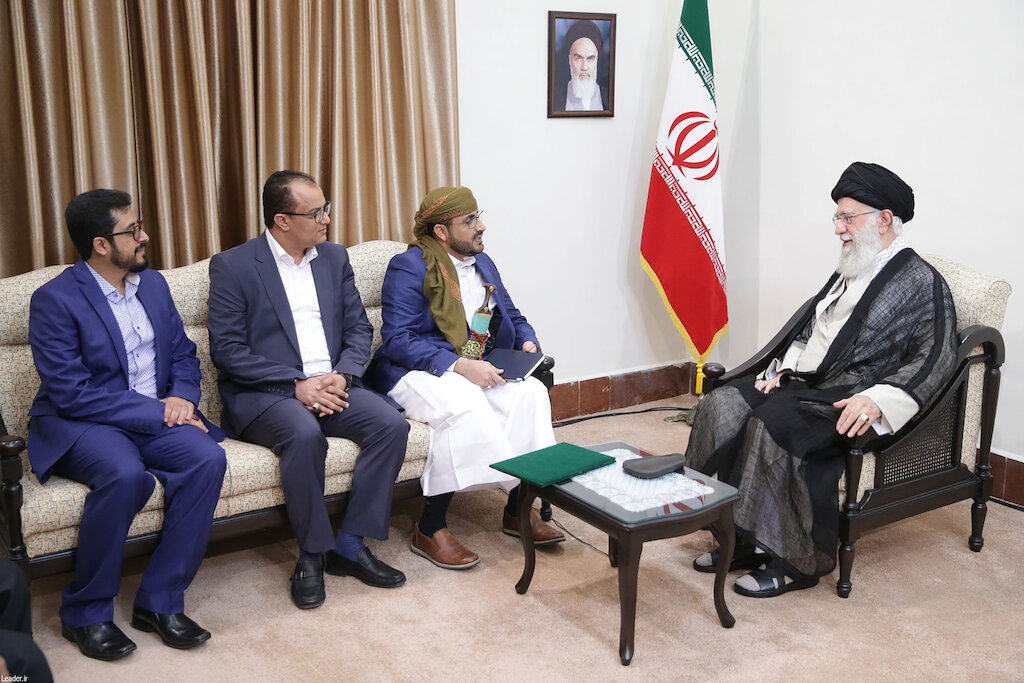 Iran’s Supreme Leader Ayatollah Ali Khamenei has promised that Iran will continue to support Yemen’s Shia-led Islamic political movement known as the Houthis against the Saudi Arabian-led coalition that backs the Sunni mainstream in the Middle Eastern country.

In a meeting with the spokesman of Yemen’s Ansar-Allah Movement, Mohammad Abdul-Salam, in Tehran earlier this week, Khamenei said he appreciates faith, resistance, intelligence and jihadi spirit of the Yemeni’s Houthis against an “invasion,” and accused Saudi Arabia of plotting to “divide Yemen,” according to the official website of the Iranian supreme leader.

“They seek to separate Yemen; so you should stand strong against this conspiracy, and support a united Yemen, with territorial integrity,” Khamenei was quoted as saying.

He described the West's “indifference” concerning the crimes committed in Yemen and Palestine as an example of the realities of today's world, saying, “these criminal powers must be confronted with the power of faith, resistance, and reliance on divine assistance and this is the only way.”

For his turn, Abdul-Salam acknowledged the "blessing" of Iran's backing.

“The Yemeni people who face a very difficult situation have been standing against the invasion of seventeen states, while possessing little equipment but strong faith and perseverance.”

The conflict in Yemen, which began in 2015, is mostly seen as a proxy war between Saudi Arabia and Iran, considered archrivals in the Middle East. In recent years, the Houthis have targeted multiple positions well inside Saudi and Emirati territories with sophisticated missiles largely believed to have been supplied by Iran's Islamic Revolution Guard Corps.

The United States and Britain have backed their traditional ally, Saudi Arabia, in its efforts and through political, logistical and military support in order to restore Yemen’s former president, Abd-Rabbu Mansour Hadi. The U.S. and Saudi Arabia describe the Houthis as Iranian proxies and accuse them of seeking to overthrow the government of Yemen and bring it under Iranian influence.

Saudi Arabia accuses Iran of “direct military aggression” against the kingdom by supplying military and missile assistance to the Yemeni rebels. Riyadh is also accusing Tehran of interfering in the domestic affairs of Arab countries. Meanwhile, Iran accuses the Saudi military of killing civilians in Yemen through airstrikes and financing terror groups.

In a report to the Security Council in December 2018, the UN Secretary General Antonio Guterres said the United Nations is investigating Iran’s possible transfer of ballistic missiles to Houthi rebels in Yemen that may have been used in launches aimed at Saudi Arabia on July 22 and November 4.

Over 14,000 people have been killed in Yemen and an estimated 10 million are suffering from starvation since March 2015.