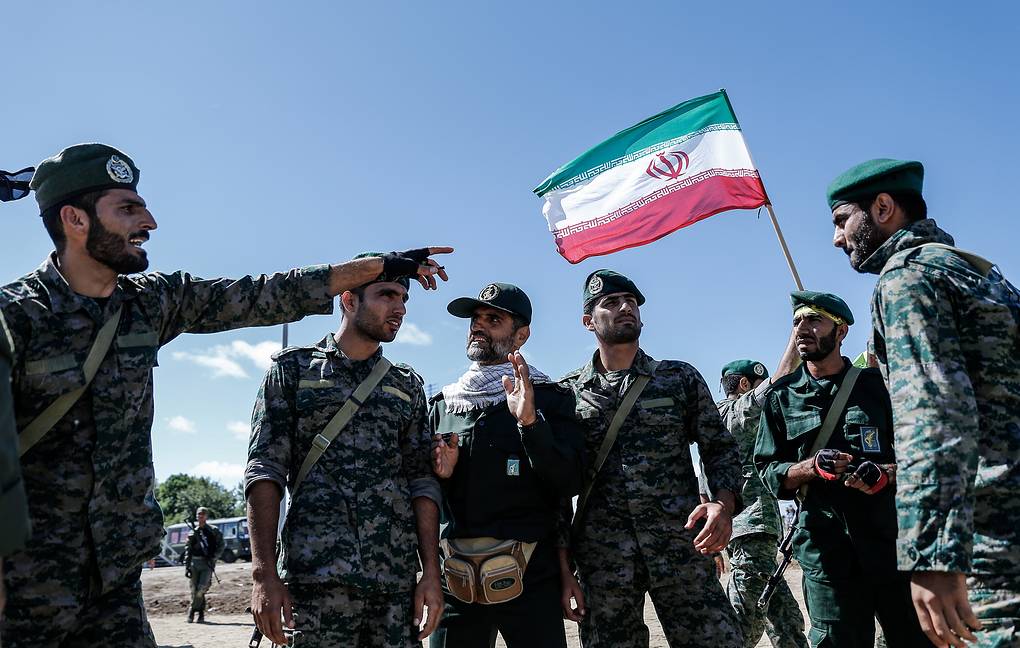 The US claims that Iran has been supplying Russia with domestically produced drones to use in its war against Ukraine, but Russia has denied these reports. / Vitaliy Nevar / TASS

Iran Foreign Ministry’s Spokesperson Nasser Kanani has defended the country’s military cooperation with Russia and dismissed the supply of weapons by Tehran to Moscow "for use in Ukraine."

"Iran has not supplied any equipment or weapons to Russia for use in the Ukraine war and Iran’s bilateral military cooperation [with Russia] is legal," Kanani said on November 10, according to the state news agency IRNA.

He further said that Tehran maintained "active neutrality" in the conflict and tried to keep friendly relations with both Russia and Ukraine. According to Kanani, "we are not part of any military alliance, but if we see our security threatened, we will definitely react."

Iran's Foreign Minister Hossein Amir-Abdollahian has recently confirmed after several months of denial that Tehran supplied "a limited number of drones" to Russia, but months before its invasion of Ukraine in February.

In response to a question about the delivery of the Sukhoi Su-25 fighter jets from Russia to Iran, Kanani declined to respond, saying that "this is a military issue and I will not answer it."

The US-based Institute for the Study of War (ISW) reported on August 2 that “Tehran and Moscow are pursuing greater aviation cooperation in order to circumvent international sanctions on Russia and Iran and support Russian operations in Ukraine.”

“Iran may be receiving Russian Su-35 aircraft in return for the drones, which could have been part of an agreement signed by Moscow and Tehran on July 26,” the report reads.

The US claims that Iran has been supplying Russia with domestically produced drones to use in its war against Ukraine, but Russia has denied these reports.

On November 12, the Deputy Head of the Air Defense Force of Iran’s Army, Brig Gen Mehdi Saqafifar, pointed to the role of drones in recent wars and said that “in the case of the Ukraine-Russia war, we carry out monitoring and, if necessary, field studies. Non-field monitoring and open-source analyses are monitored and adapted for war games. The final output enables us to correctly analyze threats”.

According to Ukrainian military intelligence, Russia and Iran signed a contract last summer for the supply of over 1,750 Iranian UAVs of two types, Shahed and Mohajer. The first batch of 350 drones was delivered to the Russians. The second batch includes about 250 pieces, a Spokesman for the Ukraine Defense Ministry's Main Intelligence Directorate, Vadym Skibitsky, said on November 12.

In an exclusive report published on November 8, Sky News cited a security source as saying that Russia sent Iran €140 million in cash and a selection of captured UK and US weapons in August in return for dozens of deadly drones for its war in Ukraine.

Iran’s Supreme National Security Council said in a reply that the Sky News report was "fundamentally fake" and no such flight had taken place, adding that such reports were designed "to drag Iran into the Ukraine war" despite Iran's announced "positive neutrality" in the conflict.