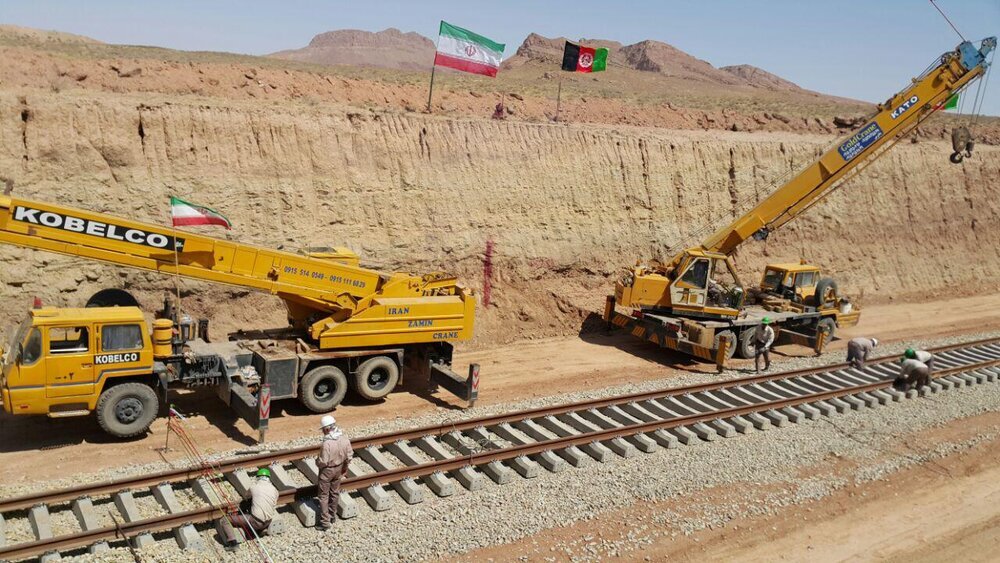 The construction of the Herat-Khaf railway began in April 2007 with Iran’s aid at a cost of $75 million and was due to finish in 2009, but due to some complications, it was delayed. / MEHR News Agency

The first shipment of Iranian exports has arrived in Afghanistan via a new railroad that links Iran’s eastern city of Khaf to Herat. The shipment was dispatched on a trial basis to detect possible problems on that route.

“The first consignment of goods imported from Iran which included 500 tonnes of cement entered the country [Afghanistan] via the Herat-Khaf railway,” an official of Afghanistan’s Herat Province said on December 2.

The construction of the railway began in April 2007 with Iran’s aid at a cost of $75 million and was due to finish in 2009, but due to some complications, it was delayed.

It will be officially inaugurated in the coming days by the presidents of both countries. The railway connects the city of Herat in Western Afghanistan to Iran’s rail network. It will connect Afghanistan to Asian and European countries through Iran.

The 130 km long Khaf-Herat railway is strategically important as it gives Afghanistan easy access to Iranian ports at Chabahar and Bandar Abbas.

According to the Afghanistan Railway Authority, the railway forms one of its most important regional connectivity projects, as it will provide the land-locked country with a link to Iranian ports and rail networks, Turkey and Europe.

Freight traffic is predicted to be around two million tonnes a year, with imports to include oil, construction materials and food and exports to include grain, dried fruit, plants and medical items. The operation of a passenger service via this railway is also being considered. According to initial studies, passenger traffic could reach 321,000 passengers in a year.

Iran's Foreign Ministry spokesman Saeed Khatibzadeh said on December 3 that “while the Khaf-Herat railway is to be inaugurated in the coming days as a symbol of great cooperation between the two countries, it is inevitable to take care of the suspicious actions of the ill-wishers of our relations [between Tehran and Kabul]”.

Iran’s exports to Afghanistan are projected to reach $2.7 billion by March 2021. Tehran has spent millions of dollars on development and reconstruction projects in Afghanistan, building hundreds of kilometers of highway, and railroad and dams over the last eight years.

Afghanistan is also heavily relying on Iran for its energy needs. Iranian energy supplies, including electricity, are mostly available to western parts of Afghanistan where the security of transfer infrastructure can be properly guaranteed.