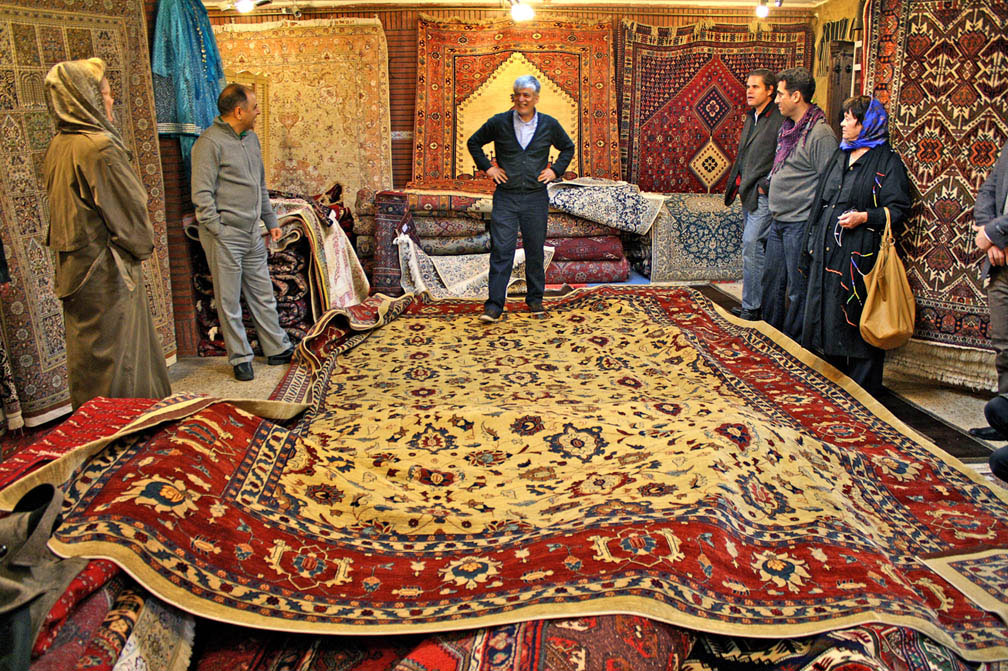 For nearly six years, Iran’s carpet exporters had been impacted by sanctions imposed on the country in 2010, and intensified in 2011, in an effort to get Tehran to curb the country’s nuclear program.

But the lifting of some sanctions, which had included a ban on the import of Iranian rugs into the US, in January 2016 brought relief to an industry seen as a source of national pride.

"Ever since, there has been a surge in exports of Iranian carpets to the US,” Karegar said.

Iran, one of the Caspian region’s largest countries and with a population of over 82 million, boasts one of the world’s most superior carpet-making cultures, if not the very best.

Carpets are woven in different regions of the country, including Tabriz, Isfahan, Kerman, Mashhad, Qom and Nain, as each incorporates indigenous designs, weaving methods and techniques, materials and colors. Iranian carpets, often called “Persian rugs,” are sold in the US from anywhere between $5,000 and $200,000, depending on the type of the fabric, design and intricacy employed in their making.

Iran’s total export of carpets over the timeframe referenced by Karegar exceeded 5,200 tons in weight and roughly $320 million in value. These numbers represent a growth of 16 percent in weight and an increase of 27 percent in value compared to the same period last year.

Before the US-led sanctions intensified in 2011, Iran’s annual worldwide carpet exports stood at over $600 million per year, with the largest share bound for the US.