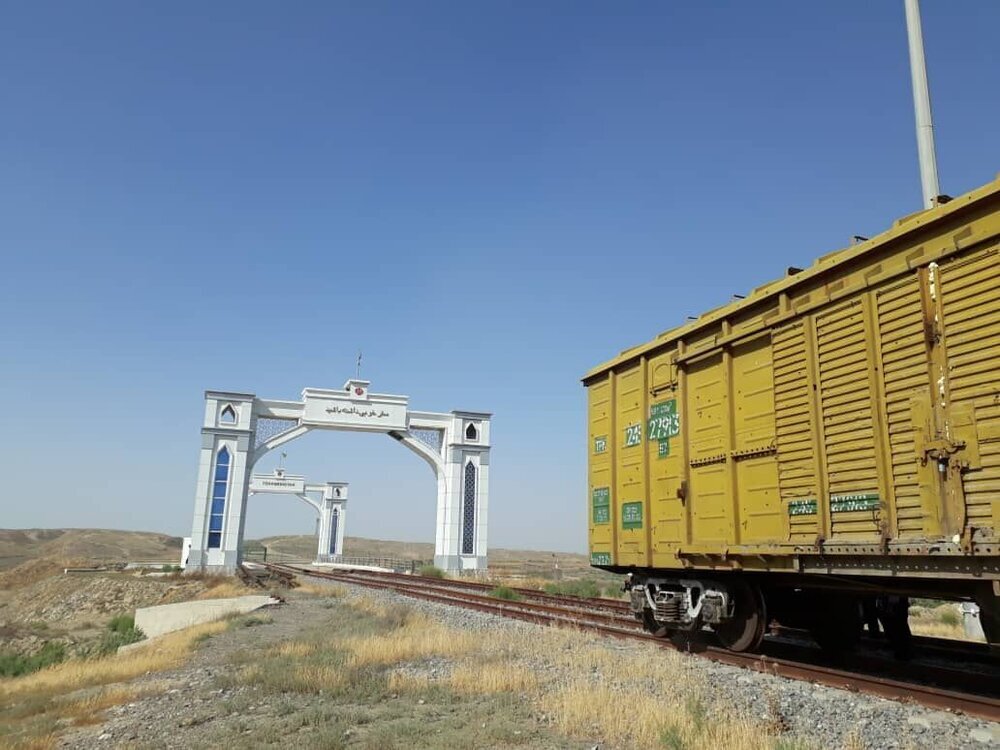 The presidents of two Caspian littoral states have called for cooperation in the field of transportation and transit of goods between the two countries.

"With the efforts of the leaders of the two countries, good measures have been taken to strengthen border relations, and through the cooperation of the two countries, some obstacles can be removed," Iran's President Ebrahim Raisi said in a phone conversation with his Turkmen counterpart, Gurbanguly Berdimuhamedov, on December 13, according to the Iranian president's official website.

They emphasized the strengthening of border cooperation and facilitating trade, and noted the need to promote economic and trade cooperation to increase the level of relations between the two countries.

Raisi also thanked Turkmenistan for hosting the 15th summit of the Economic Cooperation Organization (ECO), and said that "in the field of gas cooperation and executing the Turkmenistan-Azerbaijan gas swap through Iran, good cooperation has been done."

For his part, Berdimuhamedov said that "relations between Turkmenistan and Iran, with a thousand-year-old civilization, should continue in the form of cooperation in international organizations."

He described the gas swap agreement between Azerbaijan and Turkmenistan through Iranian soil as important and called for the establishment of a joint commission for cooperation in this field between the three countries.

A trilateral gas deal was signed in the presence of Raisi and his Azerbaijani counterpart Ilham Aliyev, in a meeting on the sidelines of the ECO summit on November 28. According to the agreement, Turkmen gas will be sold to Azerbaijan through Iranian territory.

Iran was moving to resolve a lingering gas debt dispute with Turkmenistan. Ashgabat claimed in 2016 that Iran owed at least $1.5 billion for gas it had received from Turkmenistan, but Iran disputed the figure.

With most of its major gas fields located in the country’s south, Iran has imported natural gas from neighboring Turkmenistan since 1997 for further distribution to its northern provinces, especially during the winter seasons. The resumption of gas swaps with Turkmenistan was suspended under the government of former Iranian President Mahmoud Ahmadinejad.

Earlier, during his visit to the Turkmen capital city of Ashgabat on November 27 to take part in the summit, the Iranian president discussed the prospects for bilateral cooperation in trade and economy, in a meeting with his Turkmen counterpart.

The two leaders confirmed that the two countries were intending to step up productive business contacts, to increase bilateral trade, which is progressive in nature, and to stimulate investment activity

They were unanimous in the opinion that the transport and transit sphere was one of the priority areas of interstate cooperation. One of the vivid examples of successful common efforts is the transnational railway Kazakhstan-Turkmenistan-Iran, which was put into operation in December 2014, that is designed to help optimize transport throughout the Eurasian space, according to the Turkmenistan Today news website.

According to Turkmenistan’s Foreign Minister Rashid Meredow, a certain part of Iran’s Shahid Rajai Port in the Persian Gulf has been granted to Turkmenistan to increase transit between the two countries. This waterway is expected to help Ashgabat open up maritime trade routes to China and India.

Iran’s strategic Chabahar port also came into the spotlight as part of the meetings between the countries. Iran welcomes Turkmenistan to join the route to enhance the north-south corridor involving Iran, India, and Afghanistan.

Back in June 2020, Iran had also opened a key bridge connecting cities on the two sides of the Sarakhs border with Turkmenistan amid efforts to expand trade with countries in the Central Asia region. Sarakhs Border Bridge was officially inaugurated in the presence of Iran's minister of transport and urban development, the minister of construction and architecture of Turkmenistan, and the ambassadors of the two countries.