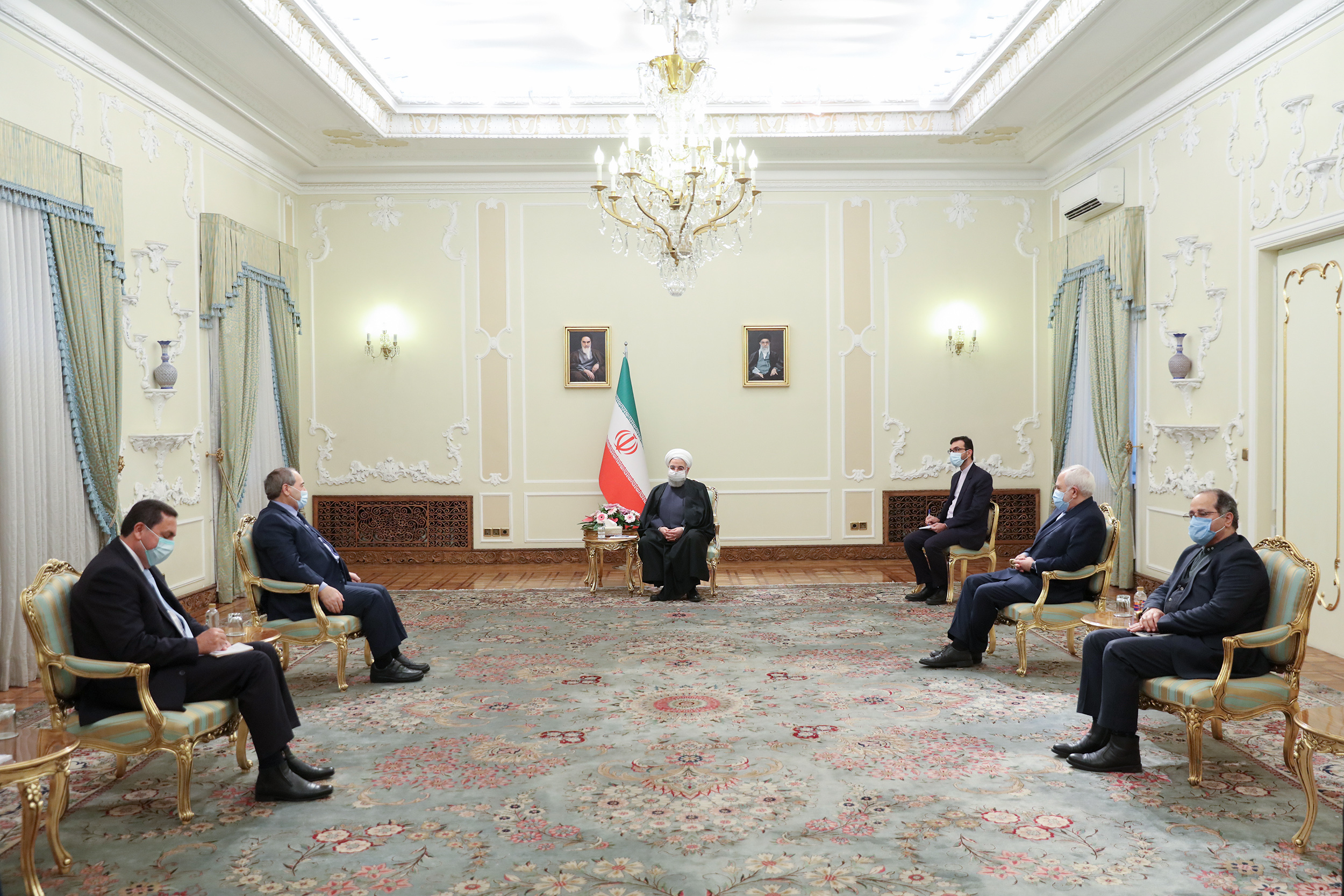 The Iranian president, foreign and defense ministers have expressed their country's readiness to stand by the Syrian people and government.

"The Islamic Republic of Iran will continue its determination and will to support the Syrian government and people as a strategic ally, and we will always stand by Syria until the final victory," President Hassan Rouhani said in a meeting with Syrian Foreign Minister Faisal Mekdad on December 8.

The Iranian president called confronting Israel and terrorism a common goal of the two nations of Iran and Syria and said, "we have no doubt that we must continue our resistance until the end of the road, which is the elimination of the terrorists".

Syria’s newly-appointed foreign minister who made his first foreign visit to Iran, described the relations between Tehran and Damascus as one of the “most valuable” political relations in the world.

Iranian Foreign Minister Mohammad Javad Zarif expressed the support of Iran for the Astana Peace Process in a meeting with his Syrian counterpart on December 7.

The two ministers discussed bilateral, regional and international issues as well as the joint battle against terrorism. They also reaffirmed commitment to enhancing and strengthening bilateral ties and weighed plans for the promotion of bilateral and multilateral economic relations.

Iranian Minister of Defense Brigadier General Amir Hatami also met the visiting Syrian foreign minister, and stressed the determination of Iran to continue cooperation with Syria in the reconstruction phase of this country.

Moscow and Tehran, allies of Syria, began the Astana process in January 2017 along with Turkey. The Astana process followed a Russian military intervention which tipped the military balance in favor of Syrian President Bashar Assad. The process has gradually eclipsed the earlier UN-sponsored negotiations framework known as the Geneva process, which had put more emphasis on political transition but failed to curb violence that has killed more than 360,000 people and displaced millions.

Syria’s war began in March 2011 as an uprising against Assad but morphed into a complex conflict with myriad armed groups.

Iran has been a key ally of Assad since the beginning of Syria's civil war in 2011, lending his government in Damascus vital military and economic support. Israel accuses Iran of building up its military presence along its northern frontier with Syria and has repeatedly struck Iran-linked facilities and weapons convoys destined for Hezbollah.

The Syrian foreign minister who arrived in Tehran on December 7, also held talks with Parliament Speaker Ghalibaf, Secretary of Iran’s Supreme National Security Council (SNSC) Shamkhani, and Adviser to the Leader of Islamic Revolution for International Affairs Velayati. This is Mekdad’s first foreign visit since he was appointed by Bashar Assad on November 22 after his predecessor Walid al-Moallem died on November 16.