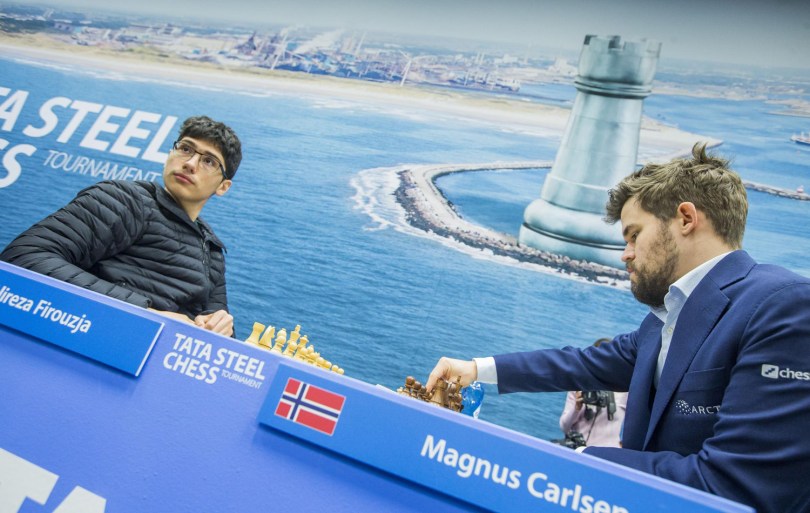 A 16-year-old Iranian chess master has outshone the defending World Chess Champion Magnus Carlsen in the final of Banter Blitz Cup this week.

Alireza Firouzja, a grandmaster who has recently moved to France, defeated the Norwegian mega brain 8.5-7.5 in the final of the online quickfire knockout contest on April 14 -- where players must comment verbally on their moves, and their opponents, during the game -- to claim the $14,000 prize, chess24.com reported.

“Good game Alireza. I was way out of shape, but he deserves full credit. I’ve just got to be better, but he is amazingly strong. Full credit,” Carlsen said. In turn, Firouzja said he had prepared thoroughly for the final. “The only thing I think about all day is chess, so maybe it's all day,” the Iranian teenager said.

After 7 months and 131 matches, the series of three-minute games involving 128 contestants wrapped up in a final clash between the defending world champion, who did not take a back seat to anyone since 2013, and the Iranian grandmaster. There will be a chance for revenge on April 20 when they play again in the Magnus Carlsen Invitational.

Magnus Carlsen is World Champion in classical chess, in rapid, and in blitz. But Alireza Firouzja is also a ferociously strong blitz player and in the past, he has successfully challenged Carlsen in a couple of bullet tournaments.

Firouzja is the second-youngest player to reach the 2700 FIDE rating - the rankings that govern international chess competition. Now, he is number 21 on the FIDE World Ranking List, with a rating of 2728.

The teenager left Iran for France due to its policy of forbidding games against Israeli opponents, as Iran does not recognize Israel as a state, and Iranian sports teams have employed a policy of not competing against citizens of this country for the past several decades.

In December 2019, Firouzja won the silver medal at the World Rapid & Blitz Chess Championship in Moscow after competing under the flag of the International Chess Federation (FIDE).

“Congratulations to Alireza Firouzja on a fantastic silver medal. And shame on all those who seek to thwart his career,” FIDE Vice President Nigel Short said on Twitter after the competition.