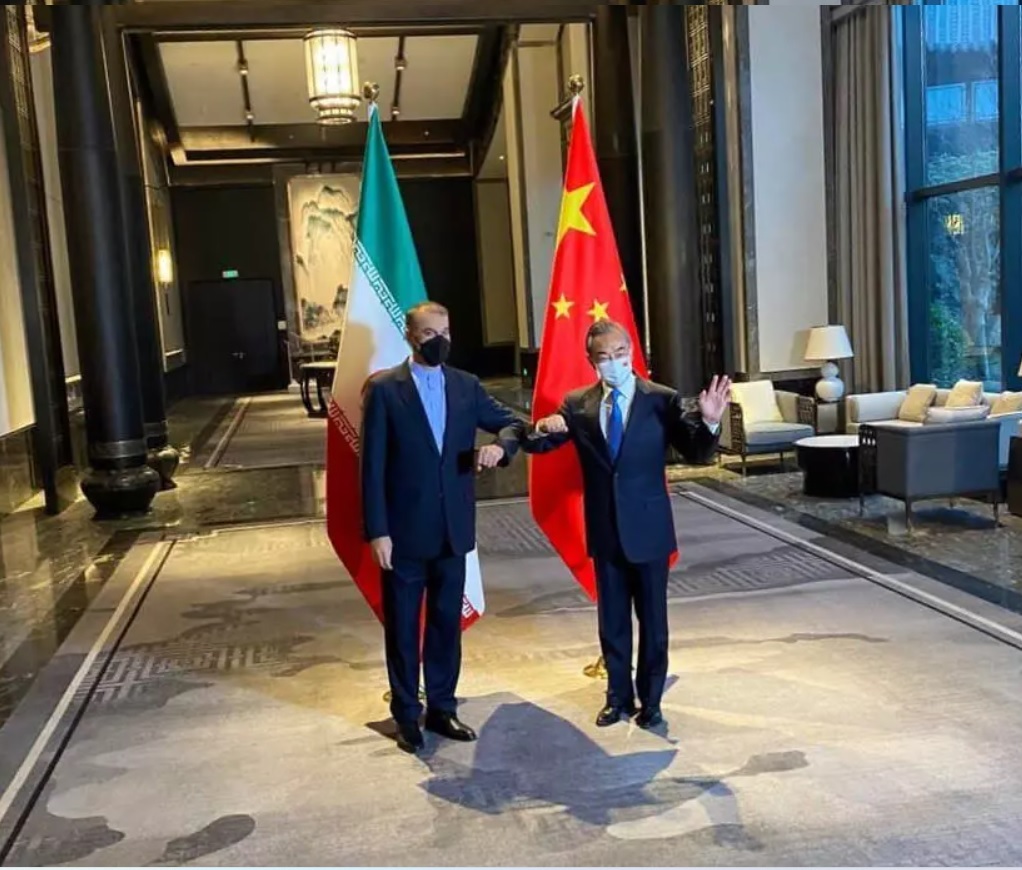 Chinese State Councilor and Foreign Minister Wang Yi and his Iranian counterpart Hossein Amir Abdollahian announced the launch of the implementation of the 25-year comprehensive cooperation plan between the two countries during a meeting in Wuxi, east China's Jiangsu Province on January 14, 2022. / China Global Television Network

The secretary of Iran’s Supreme National Security Council (SNSC), Ali Shamkhani, has described the launch of the implementation of the comprehensive cooperation plan between Iran and China as Tehran's "strategic success".

"The launch of the implementation of the 25-year strategic plan between Iran and China, the world's second-largest economy, while the United States continues to exclude Iran from global economic interactions through unilateralism and continued pressure, is a strategic success for Tehran," Shamkhani tweeted on January 17.

Chinese State Councilor and Foreign Minister Wang Yi and Iranian Foreign Minister Hossein Amir-Abdollahian, who was leading a senior delegation during the visit, announced the launch of a comprehensive cooperation plan at a meeting in Wuxi, China's Jiangsu Province on January 14.

The foreign ministers agreed to expand cooperation in the energy, infrastructure, production capacity, science and technology and healthcare sectors, in addition to other fields and areas such as agriculture, fisheries, cybersecurity and the third-party market, as well as people-to-people and cultural exchanges in education, film and personnel training.

The Iranian foreign minister delivered a letter from Iranian President Ebrahim Raisi to his Chinese counterpart Xi Jinping that referred to the agreement’s implementation, as well as various regional and international issues.

Abdollahian said that his country will play an active role in supporting China's Belt and Road Initiative, and added that Tehran is firmly committed to promoting Iran-China cooperation.

Referring to the ongoing Vienna talks aimed at reviving the 2015 Iran nuclear deal, Amir-Abdollahian hailed China’s positive role in supporting Iran’s “nuclear rights” and the lifting of sanctions on Tehran.

Iranian officials, dealing with an economic crisis, hope it will bring billions in investment and make Iran a key part of China's Belt and Road Initiative, a multi-trillion-dollar infrastructure scheme designed to stretch from East Asia to Europe. The project, aimed at significantly expanding China's economic and political influence, has raised concerns in the United States.