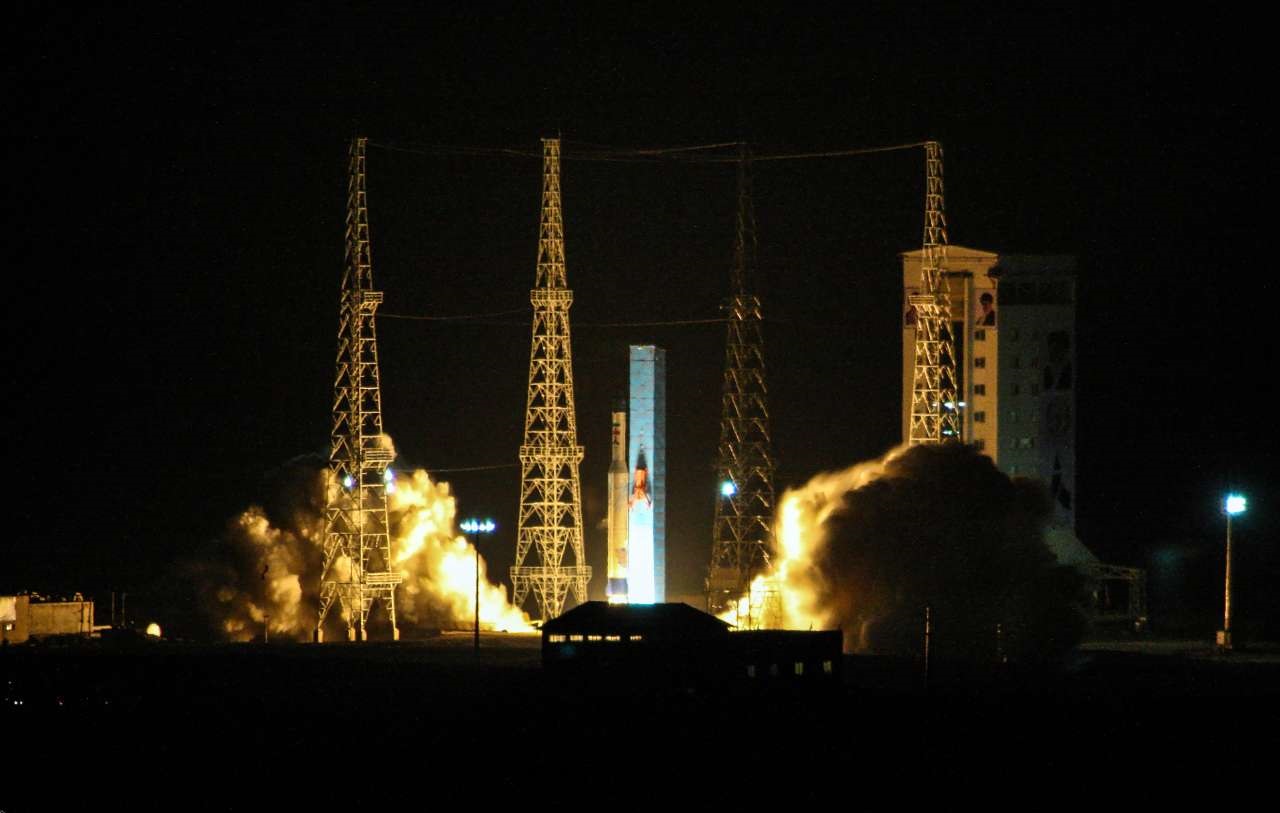 Iran's domestically-built Payam satellite whose launching ceremony was held at the Imam Khomeini Spaceport on January 14, did not reach enough speed in the third stage and was not put into orbit. / IRNA news agency

The Iranian communications minister has said that the country’s recently launched domestically-built satellite has not gone into orbit due to technical problems experienced in the final stage of its launch.

“Payam (Payam-e Amirkabir Satellite) did not reach enough speed in the third stage, so it was not put into orbit,” Iranian Minister of Communications and Information Technology Mohammad Javad Azari Jahromi wrote on Twitter, referring to the launching ceremony which was held at the Imam Khomeini Spaceport on January 14. He added that the satellite named Dousti (“friendship”) is waiting to be launched.

Payam was launched into space using the Simorgh satellite carrier that was designed by Amirkabir University of Technology in Tehran. The satellite was to carry out an imagery mission in Low Earth Orbit and collect environmental information that would enhance Iran’s forecasting system.

Meanwhile, Iran’s Defense Minister, Brigadier General Amir Hatami, appreciated the efforts of the specialists of the Ministry of Defense's Aerospace Industries Organization (AIO), saying that “according to Iran's space strategy and the roadmap for developing satellite carriers, the AIO put it on the agenda to design and build bigger satellite carriers and Simorgh project was developed as the first step in this regard, with the aim of launching satellites weighing 250 kilograms to orbit at 500 kilometers altitude."

While Iranian officials are praising the launch, the U.S. Secretary of State has a different opinion.

“In continued defiance of the international community and UN Security Council Resolution 2231, the Iranian regime fired off a space launch vehicle today,” Mike Pompeo said in a statement released by the State Department on January 15. “Such vehicles incorporate technologies that are virtually identical and interchangeable with those used in ballistic missiles, including intercontinental ballistic missiles. Today’s launch furthers Iran’s ability to eventually build such a weapon.”

Iran’s President Hassan Rouhani shot back saying, “Americans are concerned about the Iranian nation’s capabilities and that is why they are seeking to put maximum pressure, but these pressures will be fruitless.”

“We were able to enter the space, and this is very good for agriculture, environment and acquiring the required information for protection of forests and pastures,” the official website of the Iranian president quoted Rouhani as saying.

The Iranian Space Agency is planning to build imagery satellites with one-meter-precision by the end of current Iran’s 20-year National Vision Program, which ends in 2025. Iran has designed and launched satellite carriers within its Safir 1 class of vehicles, which include Omid, Rasad, Navid, Fajr and the Pajouhesh explorer that have gone into orbit in recent years.

The head of the agency, Morteza Barari, announced in December that preliminary steps have been taken to manufacture telecommunication satellites, called Nahid 1 and Nahid 2. Plans are underway to also build a sensing satellite with one-meter precision power within the next seven years.