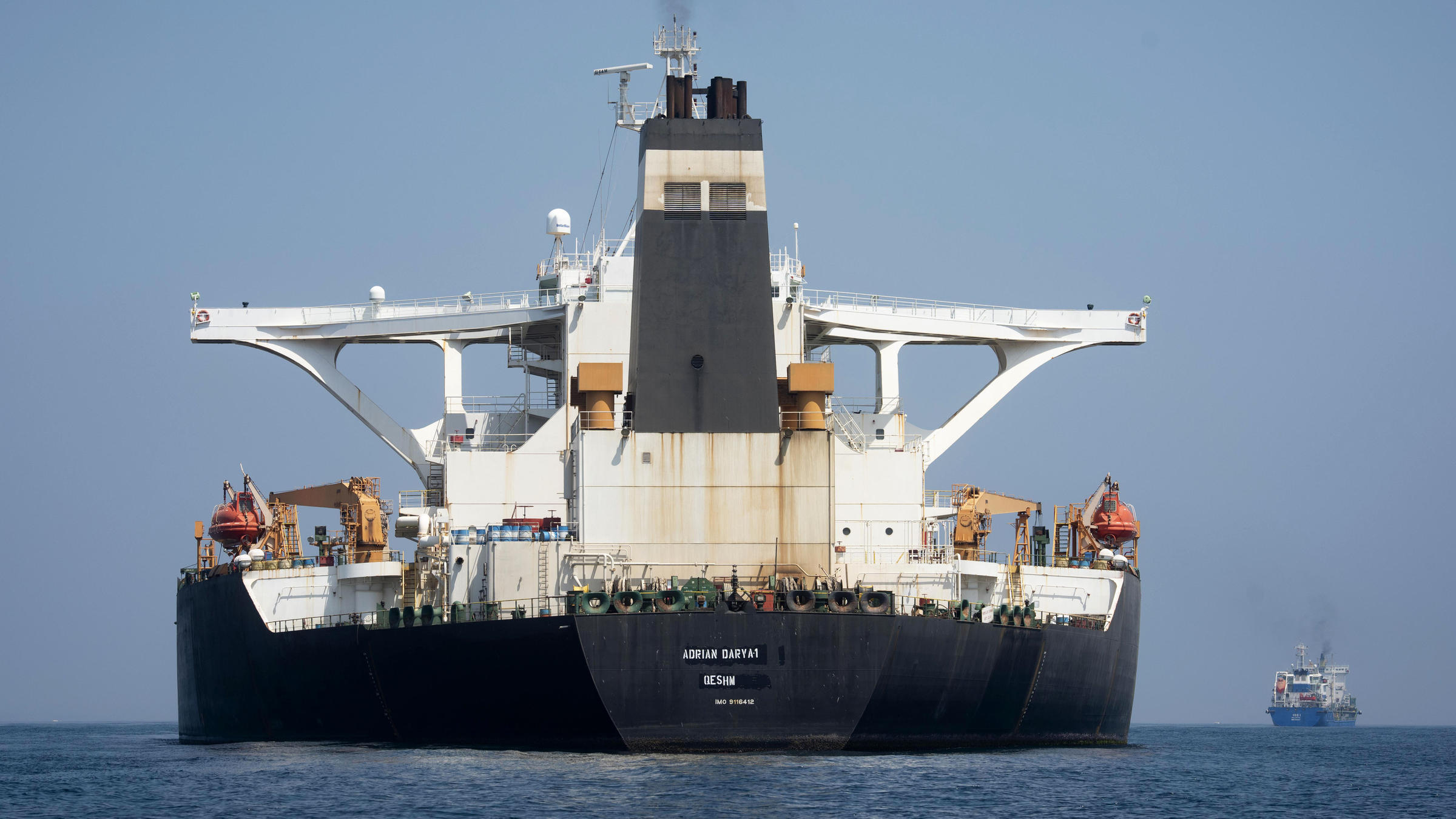 An Iran-operated supertanker has sailed for Greece after it was freed from detention off Gibraltar, amid heavy confrontation between Tehran and Washington.

It remains unclear where the crude on the Adrian Darya 1 will end up, but Iran gave assurances to the government of Gibraltar that the ship would not sail to Syria, which the United States and other Western powers had accused it of doing.

On July 4, the British Royal Marines seized the vessel and its cargo of 2.1 million barrels of oil in the Strait of Gibraltar upon suspicion of carrying crude to Syria, violating the European Union’s unilateral sanctions against the Arab country.

Tehran, however, rejected the United Kingdom’s claim about the tanker’s destination and slammed the seizure as “maritime piracy.” On August 15, Gibraltar’s government announced it was releasing the supertanker, despite pressure from the U.S. for the vessel’s continued detainment.

Iran's Judiciary Chief Ebrahim Raeisi said on Monday that the release of the tanker is not enough, and the parties that seized it need to pay compensation to Iran.

“This seizure cannot be compensated with the mere act of releasing, rather legal proceedings are required as far as receiving recompense so as to set an example for all who violate international rules,” Raeisi said in a meeting of the Supreme Judiciary Council.

On August 15, a court on British territory ruled that the ship should be released. The day after the decision, a U.S. court issued a warrant for the seizure of the tanker, on the grounds that it had links to Iran's Islamic Revolutionary Guard Corps (IRGC), which Washington has designated a terrorist organization, and that the tanker was transporting oil to Syria in violation of U.S. sanctions.

Gibraltar refused on the grounds that U.S. sanctions on Iran do not apply to the European Union. The tanker’s release came after Tehran guaranteed that the oil will not be shipped to Syria – an act that would in breach of the European Union embargo.

Referring to the U.S. court’s seizure request after the tanker sailed from Gibraltar, Iran’s Foreign Ministry Spokesman Abbas Mousavi said that "Iran has issued the necessary warnings through official channels, especially the Swiss embassy, to American officials not to commit such an error because it would have heavy consequences.”

Two weeks after the Grace 1 was commandeered, Iranian naval forces seized the British-flagged tanker Stena Impero in the Strait of Hormuz, on July 19, for alleged marine violations but largely seen as a retaliatory move.

Meanwhile, the British Foreign Office refuses to link the seizing of the Stena Impero with that of the Adrian Darya 1 and denies that any negotiations are underway with Tehran.