Iranian Railway Projects In Jeopardy Of Being Canned, Due To Trump’s Sanctions 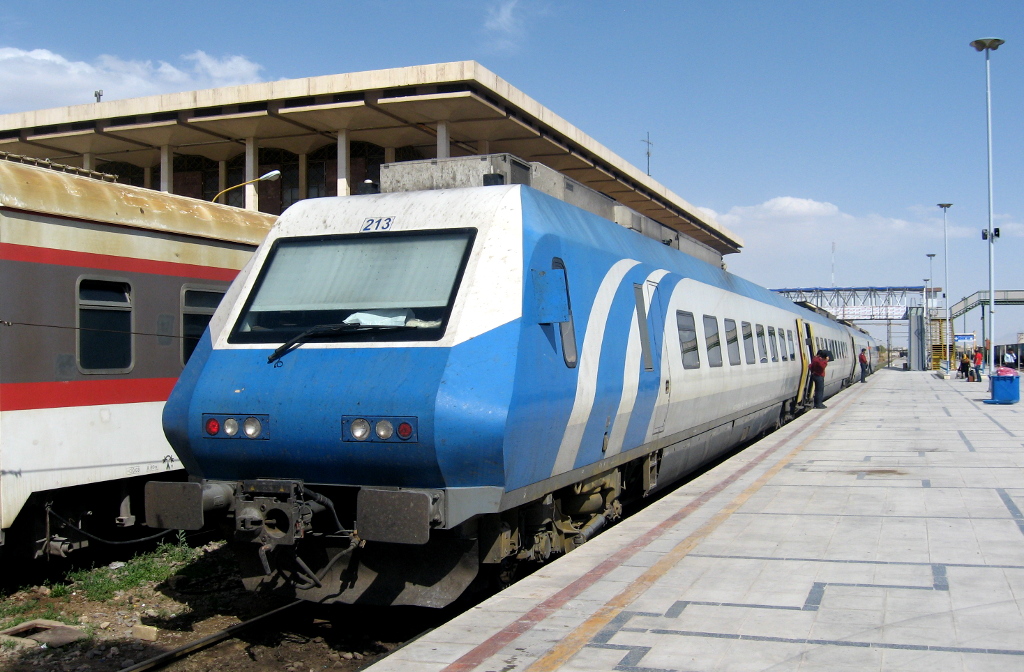 In 2007, Iranian Railways, Azerbaijan State Railway and Russian Railways agreed on implementing the project to build a new line between the Iranian cities of Qazvin, Resht, Astara and the Azerbaijani district of Astara. / Iranrail.net

The Iranian government has in recent years made pledges to its citizens to modernize the Caspian country’s existing railroads and expand them to 25,000 km, up from the current capacity of 10,000 km. Approximately $25 billion for new railway projects over the next 10 years has been earmarked, but some projects are already in jeopardy due to decisions made in Washington D.C.

The German company Siemens, fearing sanctions, recently announced that it will cancel projects despite the government in Berlin still supporting the JCPOA. The Swiss firm Stadler Rail announced in late May that it too will be ditching projects, such as the $1.4 billion railway deal that included building and delivering 960 subway cars to Iran.

Iran’s ambitious plans to develop railway lines and extend them throughout the region in partnership with western companies should not come as a surprise. The 2015 nuclear agreement signed with the five permanent members of the UN Security Council plus Germany encourages European and Asian companies to sign contracts with Iran, worth billions of dollars, to expand the country’s rail network.

In 2016, Siemens had agreed to upgrade Iran’s railway network and provide components for 50 diesel-electric locomotives. A year later, the Iranian and Italian state rail companies signed an agreement worth $1.37 billion to build a high-speed railway between the cities of Qom and Arak. The South Korean manufacturer Hyundai Rotem also signed a contract that year, worth $843 million, with Iran’s state-owned railway company to produce 450 suburban railbus train cars in Iran. Most recent, in March of this year – before Trump’s announcement to pull the U.S. out of the Joint Comprehensive Plan of Action (JCPOA) and reinstate sanctions – China National Machinery Industry Corp, known as Sinomach, secured a contract to build a 410 km railway in western Iran that would connect Tehran to the cities of Hamedan and Sanandaj.

American abandonment of the JCPOA may not spell an end to Iran’s ambitions to improve, and expand, its infrastructure, however.

During a meeting with Azerbaijan’s Minister of Transport, Communications and High Technologies Ramin Guluzade in Tehran on July 29, Iran’s Minister of Roads and Urban Development Abbas Akhoundi offered to team up with Azerbaijan on a new railway that links the border town of Parsabad, located in Iran's Ardabil Province, to Mugan plain in northwestern Iran and the southern part of Azerbaijan, according to reports by the Iranian Labour News Agency (ILNA).

“This is an important project similar to the Astara-Astara railway project between the two countries which can be of great help to both countries,” Akhoundi said.

For his turn, Guluzade said that “Iran is keen to activate the International North-South Transport Corridor (INSTC) with the help of Azerbaijan. It has held talks with India and Russia in this regard.”

The INSTC is a 7,200 km freight route connecting India, Iran, Azerbaijan and Russia via ship, rail and road meant to connect northern Europe with South Asia. The main objective of the INSTC is to provide an alternative to traditional sea routes, which rely heavily on the Suez Canal, the Mediterranean and Baltic Seas. The corridor is expected to incorporate lines that run through Azerbaijan and Russia. The route will connect Iran with Russia’s Baltic Sea ports and give Russia rail connectivity to both the Persian Gulf and India’s extensive railway networks.

Azerbaijan and Iran have already agreed to reduce tariffs on interstate cargo transit as part of efforts to activate the corridor.

When completed, the INSTC is expected to increase the volume of commodities currently moved between Iran and Azerbaijan from 600,000 tons to five million tons per year, dramatically increasing bilateral trade from $500 million per year, according to the Russia’s PortNews.

Iran is also looking towards leveraging infrastructure in another Caspian country, namely Turkmenistan, to facilitate the export of cement throughout Central Asia, especially Uzbekistan.

“Based on bilateral discussions we had at Sarakhs (located at Khorasan Razavi Province) with Turkmenistan’s railroad officials, we reached an agreement to use their high-sided wagons to export cement,” said Shahram Jafari, the head of the commercial operations department of the Islamic Republic of Iran Railways.

Russia, the Caspian region’s largest country and economy, is not being left out. On July 2, Russian and Iranian officials officially inaugurated a project to electrify the 495 km Garmsar-Ince Burun railway line in Iran, which stretches to Turkmenistan and Kazakhstan, linking Central Asia to the Persian Gulf and beyond. The project is being financed by Russian Railways at the cost of about $1.39 billion.