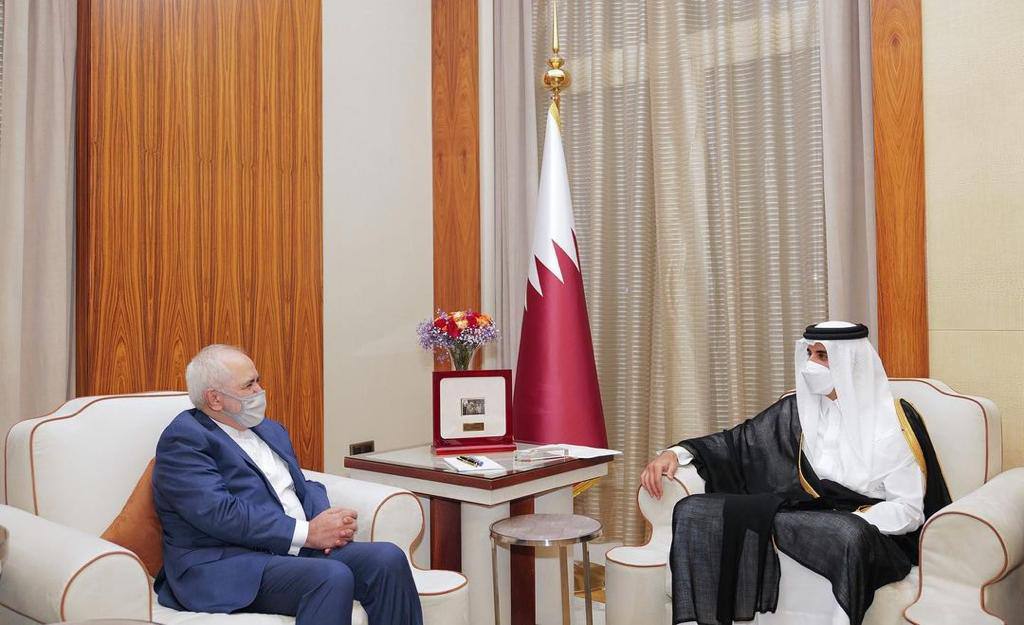 Iran’s Foreign Minister Mohammad Javad Zarif has termed regional talks with Qatar as a “serious necessity” for the establishment of security, as Doha is reportedly trying to mediate between Tehran and Washington in the issue of the 2015 nuclear deal.

On April 25, Zarif met his Qatari counterpart Mohammed bin Abdulrahman al-Thani as part of his official visit to the capital city of Qatar and held talks on matters of interest to both countries.

The Iranian foreign minister noted the importance of enhancing relations with the countries of the region and also welcomed any opportunity for talks aimed at the establishment of peace and stability in the region. The Qatari foreign minister, for his part, spoke of holding another joint commission to boost bilateral relations in the areas of economy and trade.

The Qatari Emir also received a “verbal message” from Iranian President Hassan Rouhani reported by the Iranian foreign minister. The message was related to the bilateral ties between the two countries, and “ways to support and bolster them,” and also included “issues of shared interest.”

On April 11, the Qatari foreign minister and the U.S. Special Representative for Iran Robert Malley discussed developments in Iran in a phone call. After the discussion, the minister said that “Qatar is working on de-escalation through a political and diplomatic process to return to the nuclear agreement.”

Qatar's top diplomat visited Tehran in February after his country signaled its intention to mediate between Tehran and Washington over a landmark nuclear deal. At the meeting with President Rouhani, the Qatari foreign minister expressed hope that the United States would soon return to the JCPOA, adding that “Qatar will not hesitate in providing any help” in resolving the issues between the two countries.