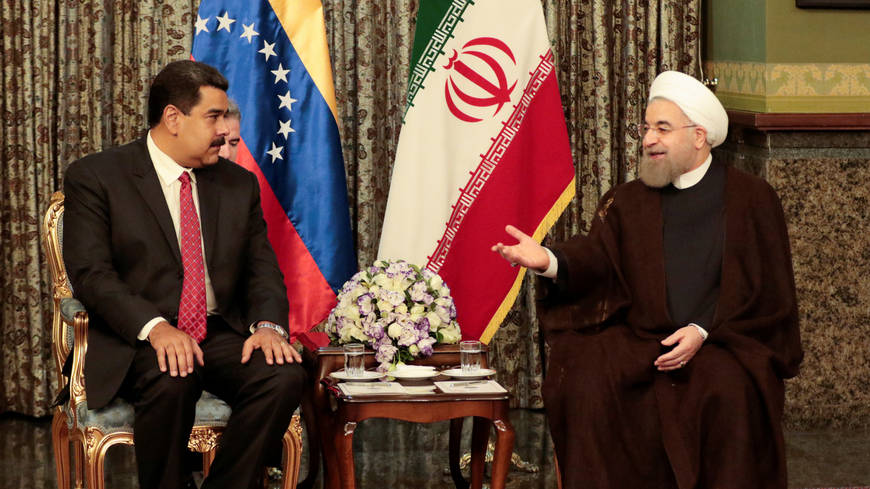 “We condemn the U.S. move to topple the Venezuelan government. Nonetheless, these actions have affected the oil market,” Fars news agency reported Zangeneh as saying.

Iran and Venezuela, both members of OPEC, sit on immense oil reserves, grapple with stubborn inflation and have been targeted by American sanctions. Already suffering from destitution and unemployment, Venezuela plunged into further chaos after its socialist leader Nicolas Maduro took over the reins from the revolutionary President Hugo Chavez in 2013.

The country has been rocked by protests since January 10, when Maduro was sworn in for a second term, following a vote boycotted by the opposition, led by Juan Guaido. Tensions rose when Guaido declared himself Acting President on January 23. The United States and several European and Latin American countries recognized him as Venezuela’s interim president, further pitting Maduro’s allies, including Iran, against the West.

On January 28, the Trump administration imposed sweeping sanctions on Venezuela’s state-owned oil firm PDVSA, meant to severely curb the OPEC member’s crude exports to the United States and pressure Maduro to step down.

Venezuela exports to the U.S. about 450,000 barrels of oil per day, a little under half of its total output. Under sanctions, this amount will likely flood the global oil markets. Venezuela's market share in the U.S. will then be up for grabs, with imports from Saudi Arabia, Mexico or Iraq likely to increase.

Washington already handed over the controls of Venezuelan accounts in American banks to Guaido. Taking control of oil revenues - the basis of Venezuela’s economy - from Maduro and giving it to Guaido, and the decision to sanction oil companies, is the boldest move by Washington thus far to put pressure on Maduro to resign.

Along with Iran, Russia, China, Turkey, Bolivia and Mexico are all supporting the socialist leader Maduro, who has seen Venezuela’s economy tumble into an abysmal state over the past six years. Russia denounced the move to install Guaido as president as an illegal interference in Venezuela’s affairs. The curb in oil export – and in turn revenues, means Caracas would likely have problems servicing its $3.15 billion debt to Russia.

Iran is sticking by its socialist ally. Since Hugo Chavez came to power in 1999, Iran has been involved in several joint ventures worth several billions of dollars including in the energy, agriculture, housing and infrastructure sectors. Iran has opened an ammunition factory, a car assembly plant, a cement factory, and established routes for direct flights between Tehran and Caracas on Iran Air.

Trade between the two countries has grown steadily since the early 2000s. The Venezuelan government and a high-level delegation from Iran inked six deals on scientific, technological, economic and health cooperation in June 2015.