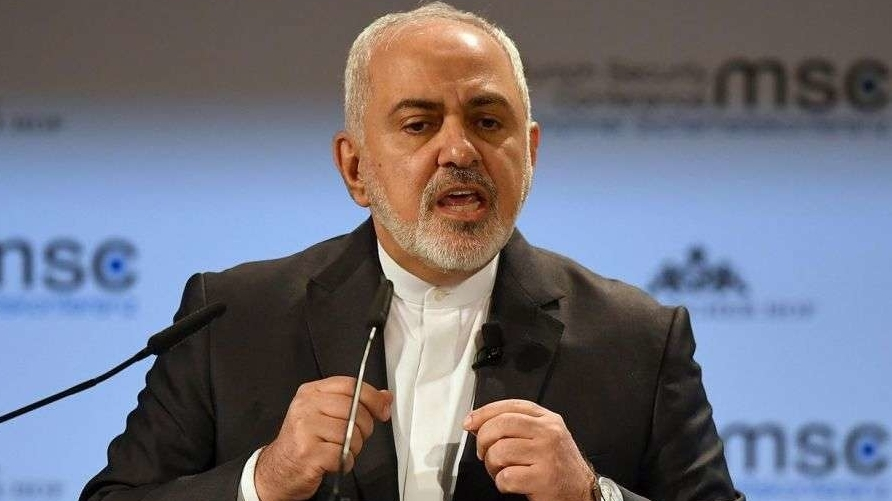 Iranian Foreign Minister Mohammad Javad Zarif has been foreign minister since 2013, and was the key architect in the 2015 nuclear deal. / cgtn.com

Iranian President Hassan Rouhani has rejected the resignation of his foreign minister Mohammad Javad Zarif, who played an important role in negotiating the Joint Comprehensive Plan of Action (JCPOA) that was signed in 2015 and better known as the nuclear deal.

“You are, according to the Supreme Leader of the Islamic Republic, a ‘trustworthy, brave, and courageous’ person standing at the frontline of the fight against the U.S.’s all-out pressures; therefore, I refrain from accepting your resignation because [accepting] it will be against the national interests of the country,” the official website of the Iranian foreign ministry cited Rouhani as saying on February 27.

“I am well aware of the pressures exerted on the country’s diplomatic system, government, and the president,” Rouhani said, adding, “we will remain committed to the vow we have made to God, and I am sure we will overcome these difficulties with God’s help.”

Zarif had announced his resignation on Monday after he was not invited to meetings between Syrian President Bashar al-Assad, Iran’s Supreme Leader Ayatollah Ali Khamenei and President Rouhani.

"I sincerely apologize for the incapacity to continue serving and all the shortcomings during the service,” Zarif posted to his Instagram account on the evening of February 25. “Be happy and upbeat.”

On February 27, moments after Rouhani rejected Zarif’s resignation deeming it against the country’s national interests, the foreign minister in an Instagram post thanked the Iranian nation’s and officials’ generous kindness and support during his tenure.

“As an insignificant servant [to the country], I have never had any concerns other than the enhancement of foreign policy and the credibility of the Foreign Ministry as the one responsible for advancing [the country’s] foreign policy and standing at the front line of defending the national interests and the rights of the Iranian people in the international arena,” Zarif wrote in another post.

Zarif’s future is not clear, but support for him to continue as foreign minister – a job he has had since August 2013 – is widespread within the government.

Iran's Foreign Ministry Spokesman Bahram Qassemi denied “false speculations” regarding the announcement of Zarif’s resignation, saying that “any interpretation or analysis revolving around the reasons behind Foreign Minister Mohammad Javad Zarif’s resignation are incorrect and devoid of reality except for what written by the top diplomat in his Instagram account.”

The spokesman for the Majlis National Security and Foreign Policy Committee, Ali Najafi Khoshroudi, said on February 26, “So far the majority of representatives have signed the letter,” adding, “in this letter we want Zarif to remain in his job.”

A major principlist parliamentary bloc called Velayee Faction also issued a statement on Tuesday saying Zarif, "must stay in his post.” Roughly 160 members of parliament voiced their wishes for him to stay as the foreign minister.

Following Zarif’s resignation, several diplomats and foreign policy officials also announced their resignation. However, Zarif asked them to seriously avoid such a move.

“I insist that all brothers and sisters at the Foreign Ministry and embassies to continue conducting their duties quite firmly,” Zarif was quoted as saying according to IRNA.

But outside of Iran, some were happy about the news.

Zarif, who earned degrees from San Francisco State University and a Masters and PhD from the University of Denver, was a key architect of the 2015 nuclear deal that was brokered under the Obama administration and was aimed at reining in Iran's nuclear program.

U.S. President Donald Trump pulled the United States out of the agreement in May of last year, leaving the remaining permanent members of the UN Security Council (Britain, France, Russia, China) plus Germany in it, and imposed sanctions on Iran.