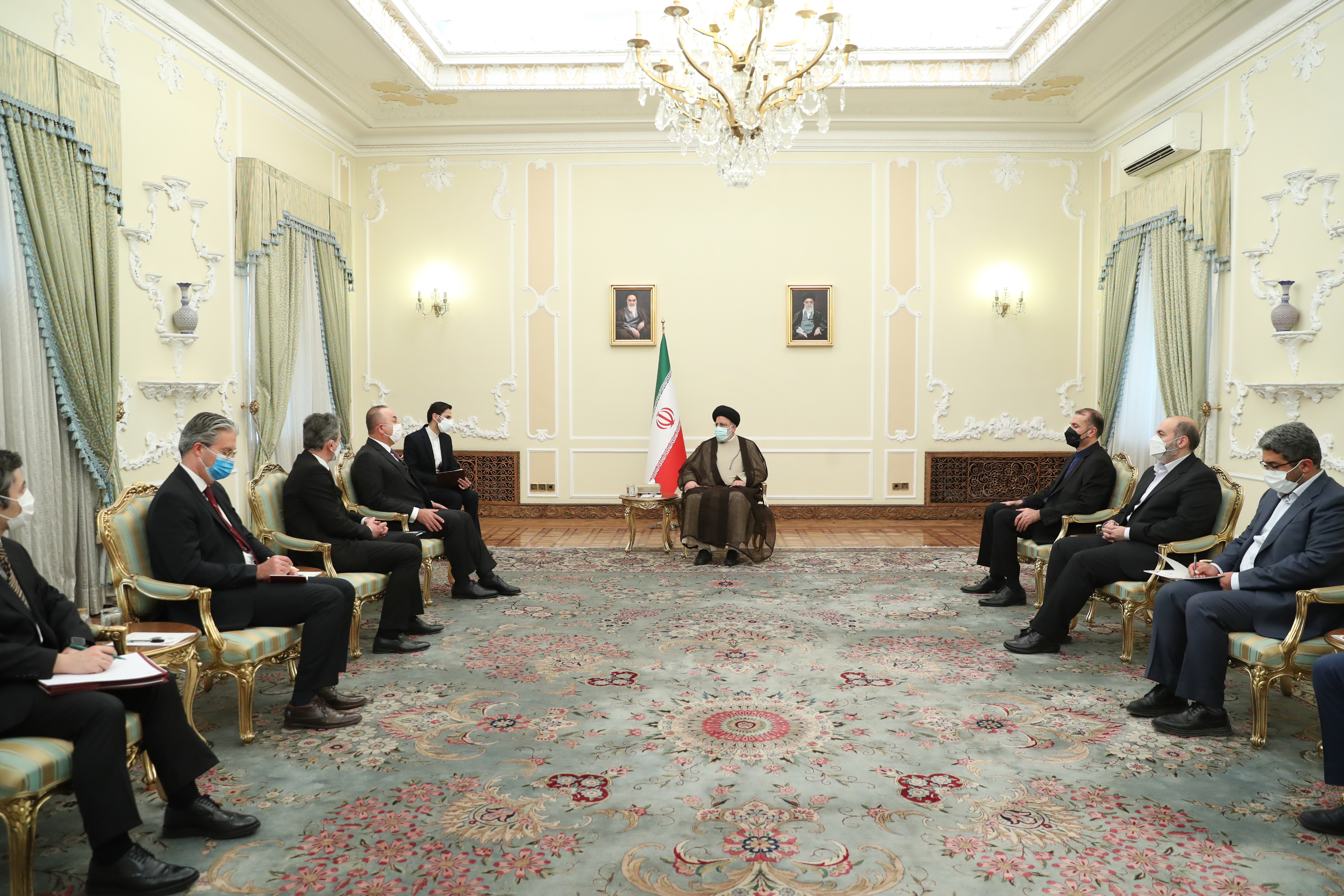 Iran’s President Ebrahim Raisi has said that by drafting a long-term pact, Iran can enhance its cooperation with Turkey and ease tensions between the neighboring countries.

"By finalising the roadmap of development of cooperation, the draft of which is on the agenda of the two countries, Iran and Turkey are ready to upgrade relations from the current level to all-inclusive cooperation," Raisi said in a meeting with the Turkish Minister of Foreign Affairs Mevlut Chavushoglu in Tehran, on November 15, according to the official website of the Iranian president.

Chavushoglu arrived in Tehran upon the invitation of his Iranian counterpart Hossein Amir-Abdollahian, following the recent tensions between the two countries. The Second Karabakh War between Azerbaijan and Armenia established Turkey as an influential power in the South Caucasus region.

Since the conclusion of the 44-day war in November 2020, news outlets close to circles of power in Iran have criticized Turkey's growing influence in the region. Tehran fears that the proposed Zangazur corridor, a transit route linking Azerbaijan's mainland with its exclave Nakhchivan and Turkey, will weaken Iran's position in the region. The establishment of the corridor was agreed upon as part of the Russian-brokered deal that ended the war.

For his turn, Chavushoglu said during the meeting that "Turkey considers the new government in Iran to be a result-oriented government and is determined to increase the level of cooperation with Tehran".

Referring to Chavushoglu's remarks on joint cooperation with Iran to stabilize and develop trade relations in the South Caucasus, Raisi said that "Iran has a deep and long-standing religious and cultural bond with the Republic of Azerbaijan and Turkey," adding that Tehran should not allow some foreign actions to damage relations".

In a joint press conference with his Iranian counterpart on November 15, the Turkish foreign minister said that the business transactions between the two countries have seen 71 percent growth this year.

Iranian Foreign Minister Hossein Amir-Abdollahian, for his turn, announced that Tehran and Ankara have reached an agreement to draw a roadmap for long-term cooperation, and added that the roadmap would be signed during an upcoming visit to Iran by Turkish President Recep Tayyip Erdogan.