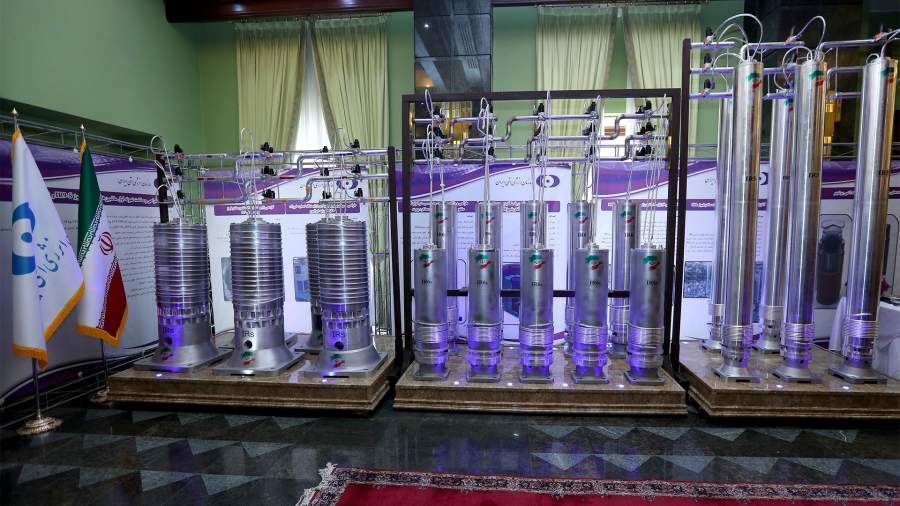 A number of new generation Iranian centrifuges are seen on display during Iran's National Nuclear Energy Day in the capital Tehran, on April 10, 2021. / Reuters

The spokesman of Iran’s foreign ministry, Saeed Khatibzadeh, has dismissed concerns by the western countries about Tehran’s decision to produce enriched uranium metal.

“The Islamic Republic of Iran’s decision to produce silicide fuel plates using 20% enriched uranium is for peaceful purposes, and it will only be used in the Tehran Research Reactor,” Khatibzadeh said as part of a press conference on July 7.

Last week, foreign ministers of the United Kingdom, France, and Germany, collectively known as the E3, said in a joint statement that they had “grave concerns” about Iran’s move. They further insisted that Tehran had “no credible civilian need” to produce uranium metal and that it serves as “a key step in the development of a nuclear weapon.”

Khatibzadeh said the International Atomic Energy Agency (IAEA) has been informed about Iran’s decision under the procedures and added that this decision was “not in violation” of the Nuclear Non-Proliferation Treaty (NPT) or the IAEA’s safeguards.

U.S. State Department spokesman Ned Price also expressed his worries, saying that the move was “another unfortunate step backward for Iran.” He then added that Tehran “chooses to escalate its non-performance of its commitments, especially with experiments that have value for nuclear weapons research.”

However, the Iranian spokesman called Price’s position on this issue “unacceptable,” saying that “the current situation concerning the JCPOA is due to Washington’s illegal and unilateral actions and approaches.” Khatibzadeh added that the U.S. has continued to implement Donald Trump’s “failed maximum pressure policy on the Iranian people during the Biden administration as well.”

Former U.S. President Donald Trump’s administration withdrew from the Iran nuclear deal in May 2018 and reimposed sanctions that had been lifted previously. Iran retaliated by accelerating its nuclear program.

Since April, Iran and the West have been engaged in talks in Vienna to revive the Joint Comprehensive Plan of Action (JCPOA), mainly known as the Iranian nuclear deal.