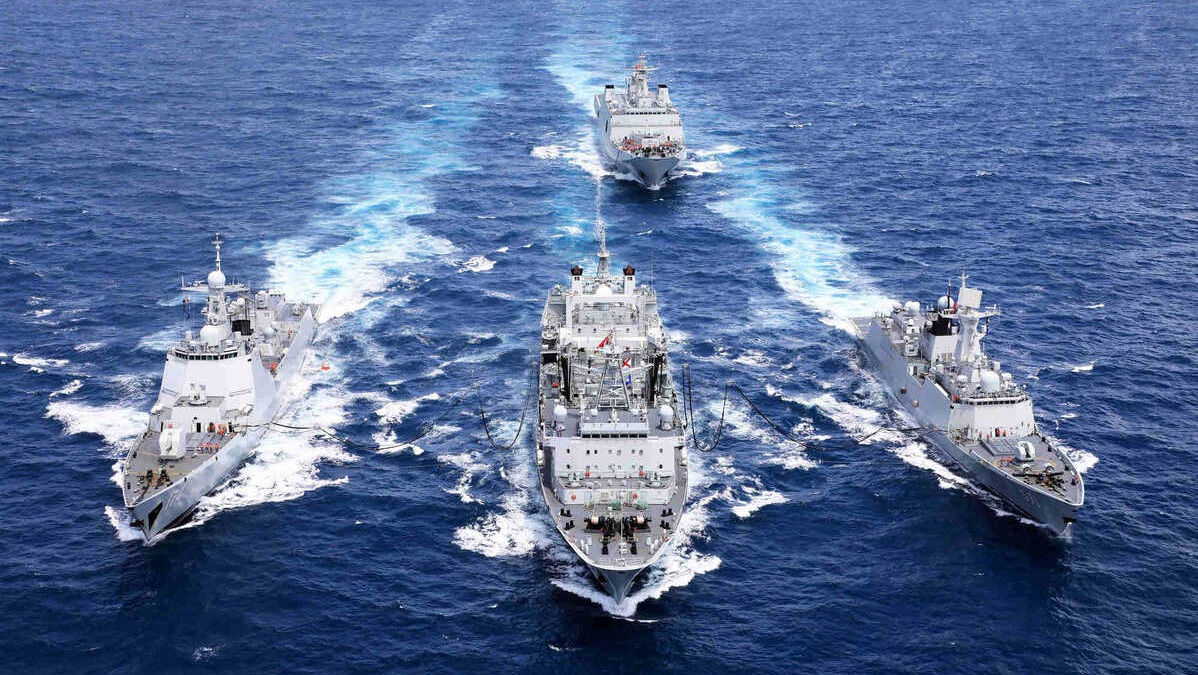 Naval forces of Iran, Russia and China held the large-scale joint drills in the northern part of the Indian Ocean and the Sea of Oman on December 27-30, 2019. / IRNA news agency

Iranian military cooperation with Russia and China was on full display last week, as navies from the three countries held joint drills in the northern part of the Indian Ocean and the Sea of Oman.

"The wargames held by the three big states of Iran, Russia and China had the important message of security in the region to the regional countries,” Brigadier General Ramezan Sharif, the head of the public relations department of the Islamic Revolution Guard Corps, told reporters in the northeastern city of Bojnourd on December 30, according to Iranian Students’ News Agency.

“Another important message of these drills was addressed to those countries which attempt to distort regional security, led by the U.S.,” Sharif said. The drill, dubbed “Maritime Safety Belt,” was held from December 27-30, amidst heightened tensions in the region between Iran and the United States.

The exercises were the first of their kind since the 1979 Islamic Revolution. They come as the U.S. is working to establish the International Maritime Security Project with regional allies such as Saudi Arabia, which includes developing patrol mechanisms in the Persian Gulf.

The drills took place within 17,000 square kilometers and reportedly consisted of tactical exercises such as target practice and rescuing ships from assaults and fires. Participants practiced fighting terrorism and piracy, and shared information and experience about naval rescue operations.

The Chinese navy sent the Xining, a Type 052D guided-missile destroyer, to the exercises, while the Russian navy participated with three of its vessels.

The exercises did not sit well with Washington.

"Now is not the time for governments to be doing any sort of military exercises with this regime,” said an unnamed senior U.S. State Department official during a press briefing on December 30, who criticized Russia and China for holding joint naval exercises with Iran, urging them instead to join the campaign to isolate Tehran.

“We think now is the time to be sanctioning the Iranian leadership for the human rights abuses that it has committed against its own people and to be diplomatically isolating the regime in every way possible.”

Despite the west’s sanctioning of Iran, some analysts view its military cooperation with Russia and China as a sign that the country is not globally isolated.

“This naval drill shows that Iran is not isolated and shares some mutual interests with Russia and China at the moment,” Iranian energy security analyst Omid Shokri Kalehsar said, cautioning that, “it is not clear how long such collation will last.”

“China and Russia have incentives for a coalition with Iran, particularly the Russians who have suffered numerous sanctions and conflicts between the Russians, Americans and Europeans after the invasion of the Crimea,” Kalehsar told Mehr news. “The Chinese were attacked by Washington because of their political rivalries with the U.S. Chinese want to secure the Persian Gulf, the strategic region of the Islamic Republic of Iran.”