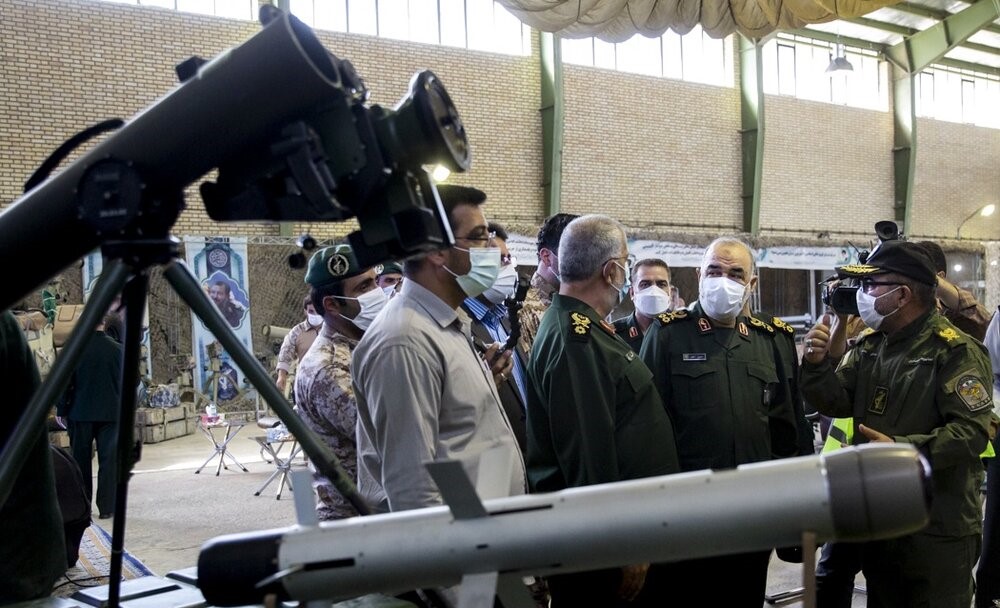 The Islamic Revolution Guards Corps Ground Forces put its new state-of-the-art weapons and aircraft on display during a ceremony held on July 7.

A new and upgraded generation of anti-tank missiles, bombs and artillery were among the combat equipment that joined the IRGC ground forces.

Missile launcher systems, equipping attack helicopters with “Ghaem-114” missiles and “Meraj-113” and “Hanif” drones were also joined the ground forces in this ceremony. “Ghaem-114' is an anti-tank missile with a range of 10 km, which is capable of destroying fixed and moving targets with a variety of thermal and laser detectors.

"The strategic planners of insecurity, from the aggressive US to its European allies and regional partners and local terrorists, are all constantly plotting against the Iranian nation whenever they can," Salami said, adding that "the defeat of the enemy at the origin is a definite strategy for us, and the firearm is the last strategy that the IRGC ground force takes."

In late June, Salami said that Iran possesses drones with a range of 7,000km which can land in any spot. However, the general did not name the drone or disclose any further detail.