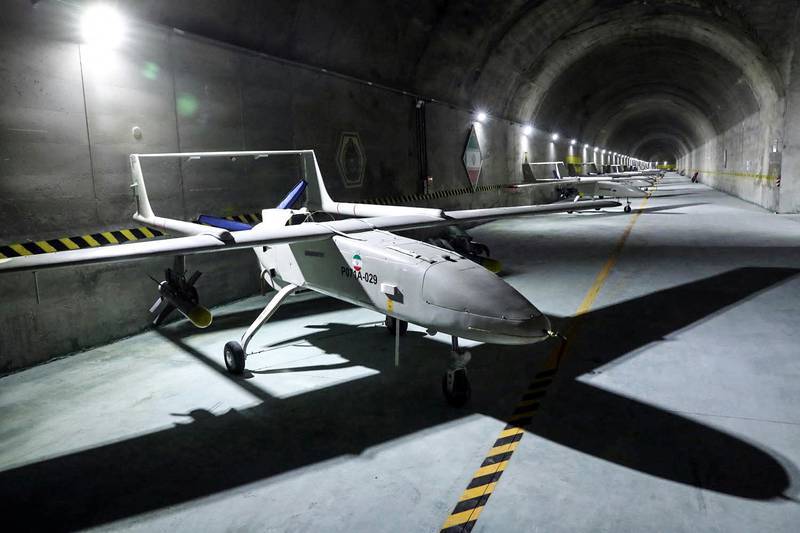 An army drone at an underground base somewhere in Iran. / AFP

“We are currently ready to export weapons and military equipment to friendly countries,” Heydari said on July 19, according to a report by Iran’s Tasnim News Agency.

“The Iranian army has produced the most sophisticated drones, and these drones are used in remote and cross-border, reconnaissance, destruction, and combat operations,” he added.

Heydari’s comments come amid US allegations that Iran is preparing to supply combat drones to Russia for its use in the war with Ukraine. Meanwhile, Iran denied the accusation.

On July 11, US Presidential National Security Advisor Jake Sullivan claimed that Iran was planning to provide Russia with several hundreds of unmanned aerial vehicles, including those capable of carrying armaments. According to him, Iran was also planning to train Russian forces to use these drones, with the first stages of training beginning as early as July.

However, Iran’s Foreign Minister Hossein Amir-Abdollahian rejected the claims in a telephone conversation with his Ukrainian counterpart Dmytro Kuleba.

On the same day, Kremlin Spokesman Dmitry Peskov said that the subject of the UAVs sale won’t be discussed during Russian President Vladimir Putin’s visit to Tehran on July 19 and refused to comment on this issue.

During his meeting with Vladimir Putin on Tuesday, Iran’s Supreme Leader Ali Khamenei offered his strongest support for Russia’s invasion of Ukraine. Khamenei said that “war is an aggressive and difficult issue, and the Islamic Republic does not feel content when ordinary people are subject to it, but regarding Ukraine’s issue if you had not taken an initiative, the other side would have caused a war with its initiative.”