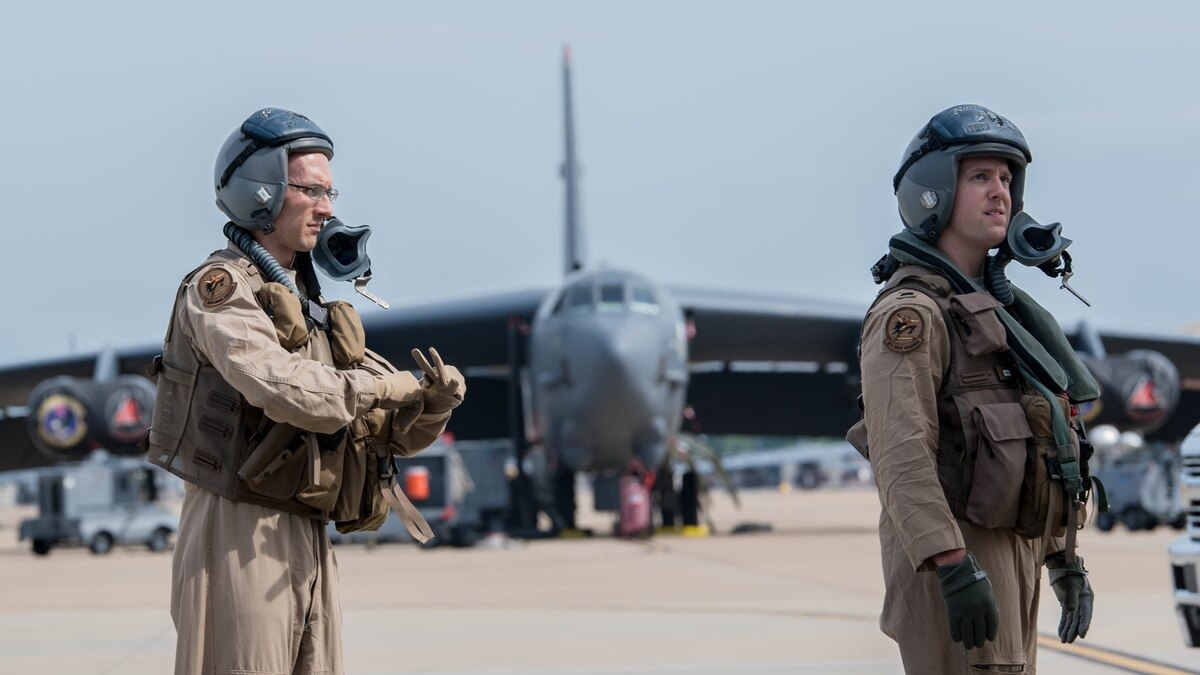 Airmen from the 20th Bomb Squadron prepare to board a B-52H Stratofortress before a Bomber Task Force deployment from Barksdale Air Force Base, Louisiana, USA, May 7, 2019. / Air Force Times

A senior Iranian military commander has threatened the United States’ presence in the Persian Gulf, calling the American military stationed there a “target.”

“An aircraft carrier that has at least 40 to 50 planes on it and 6,000 forces gathered within it was a serious threat for us in the past but now it is a target and the threats have switched to opportunities,” Amirali Hajizadeh, head of Aerospace Force of the Islamic Revolutionary Guard Corps, said on May 12 according to Tasim News. “If (the United States) makes a move, we will hit them in the head.”

Tensions mounted last week when Iranian President Hassan Rouhani gave the remaining signatories to the Iranian nuclear deal 60 days to come up with a plan to shield Iran from the sanctions that have been imposed by U.S. President Donald Trump.

The U.S. military has deployed forces to the Middle East, including an aircraft carrier and B-52 bombers, in a move that American officials say was to counter "clear indications" of threats from Iran to its troops in the region. The USS Abraham Lincoln is replacing another carrier that had rotated out of the Gulf last month. Washington is also sending an amphibious assault ship and a Patriot missile battery to the Gulf.

In an interview with Mehr News on May 13 the commander of the Iranian Navy Rear Admiral Hossein Khanzadi said “As long as the naval forces of the Islamic Republic are protecting its borders, the enemies will never dare to even look daggers at the Iranian nation.”

“The presence of the Americans in the Persian Gulf region has reached its end and they must leave the region,” Khanzadi said. “The sea has given us multiple [defensive] opportunities in the past, and it will always be among the greatest defensive advantages of our country against external threats.”

U.S. Secretary of State Mike Pompeo said in an interview with CNBC on Monday that the U.S. military deployments were in response to intelligence warning of possible Iranian attacks, and that the United States was preparing to respond to them, if necessary.

At a meeting of President Donald Trump’s top national security aides on May 9, acting defense secretary Patrick Shanahan presented an updated military plan that envisions sending as many as 120,000 troops to the Middle East should Iran attack American forces or accelerate work on nuclear weapons. Meanwhile, they do not call for a land invasion of Iran, which would require vastly more troops.

However, in a meeting with Pompeo on May 13, Federica Mogherini, the European Union’s representative for foreign affairs and security policy, stressed the need for dialogue as, "the only and the best way to address differences and avoid escalation" in the region.

In July 2018, Iranian President Hassan Rouhani threatened to close the Strait of Hormuz – the narrow waterway that separates the Persian Gulf from the Indian Ocean – and disrupt other countries' oil shipments via the strait in case exports of Iran’s oil to international markets is impeded as a result of American sanctions.