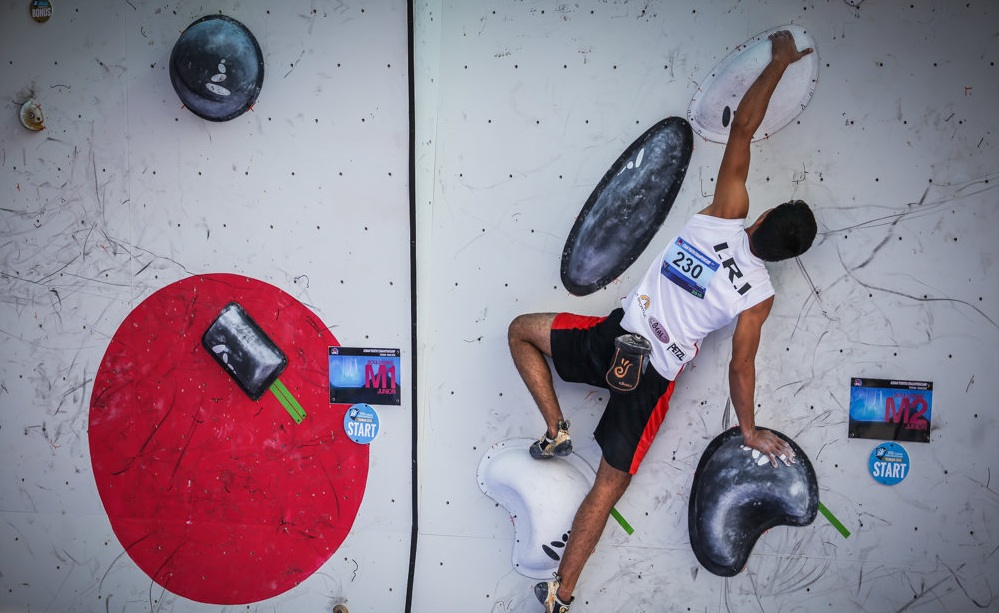 Reza Alipour Shenazandifard, an athlete from Iran, claimed a gold medal in the men’s speed climbing competition at the 2017 World Games on Sunday.

Boldyrev had a false start, but won silver, while Stanislav Kokorin from Russia took the bronze medal.

The World Games, now in its tenth year, are being held in Wrocław, Poland from July 20-30. More than 3,500 sportsmen from all over the world are participating in events held in 30 disciplines, including water, aerial and team sports.

The Wrocław victory is the second title for Shenazandifard this month. On July 8, he won the International Federation of Sport Climbing (IFSC) World Cup in Villars, Switzerland, where he clocked in at 5.63 seconds. He currently ranks third in the IFSC world rankings.

The World Games include lead, bouldering and speed climbing contests for both men and women.

Speed climbing is a face-to-face competition between two athletes on ice, where the fastest climber wins. Bouldering is a rock climbing without ropes or harnesses; however it allows using climbing shoes to help secure footholds, chalks to prevent hands from sliding, and mats to avoid injuries while falling.

Russia is topping the medal tally at The World Games this year, having claimed 36 medals.