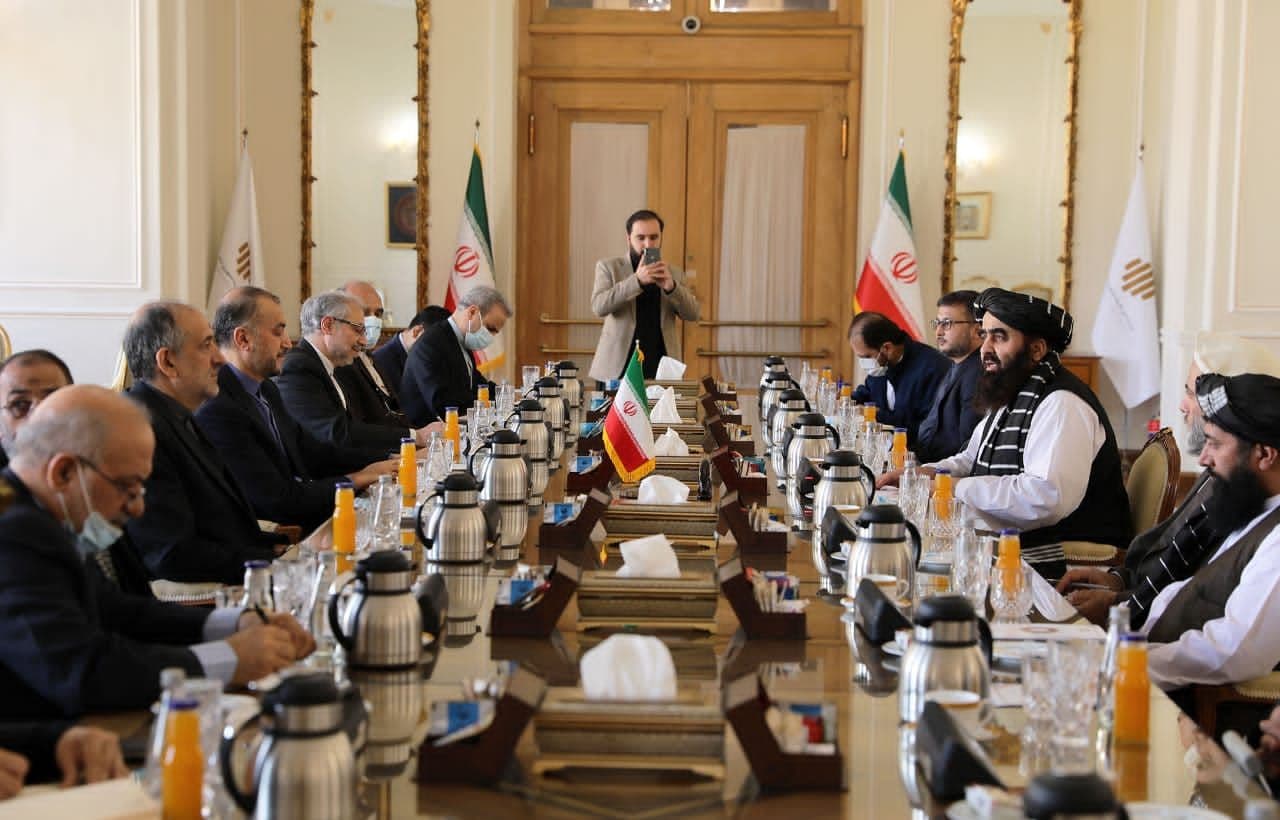 While addressing the meeting, Amir-Abdollahian praised the courage of Afghans for not allowing “any foreign power to occupy and govern” the country. He also criticized Washington’s policy in Afghanistan during the US presence in the country, Iran’s foreign ministry website reported on January 9.

According to Amir-Abdollahian, there is a need for an ethnically and religiously “inclusive” government to take power in Kabul, as well as for “acceptable indicators” in this regard.

For his part, Muttaqi stressed that “the new government of Afghanistan... is not against any neighboring country,” and thanked Iran for hosting large numbers of Afghan citizens over decades of war and instability in their home country.

While referring to the distribution of water resources between the two countries, the Afghan delegation stressed its respect for international accords, including the 1973 Helmand River Treaty. Water commissioners from both countries will reportedly meet for more detailed discussions.

Iran shares a 900-kilometer (560-mile) border with Afghanistan and hosts 3.6 million Afghan refugees. Since the Taliban’s takeover of power in Afghanistan in August, hundreds of thousands of Afghan civilians have escaped into neighboring Iran using informal border crossings.

Iran and Afghanistan have had a long dispute over the Helmand River. Tehran has long objected to the construction of the Kamal Khal Dam over this river, arguing it would contribute to the drying up of its wetlands in the Sistan-Baluchestan border province. According to Iranian experts, Lake Hamun, located on the Afghan-Iranian border, and dozens of wetlands fed by the Helmand River waters may dry up due to water intake at the Kamal Khan Dam.

Despite their historical disagreements, Iran has pledged to work with the Taliban leaders. Iran’s President Ebrahim Raisi has expressed support for establishing an inclusive government in Afghanistan.

Iran’s Foreign Ministry Spokesman Saeed Khatibzadeh said on January 9 that diplomatic activities of Afghanistan’s embassy in Tehran would continue within the framework of the principles and rules defined by the 1961 Vienna Convention on Diplomatic Relations.